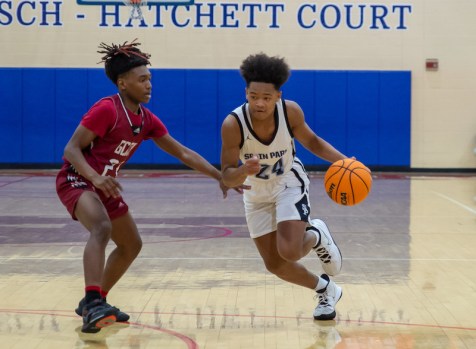 The Spain Park Jaguars used a 31-point fourth quarter to pull away from Gadsden City in the opening round of the area tournament and earn a spot in the Sweet 16 of the playoffs. (For the Reporter/Larry Dancy) 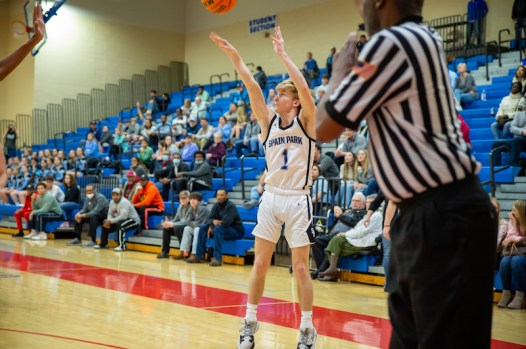 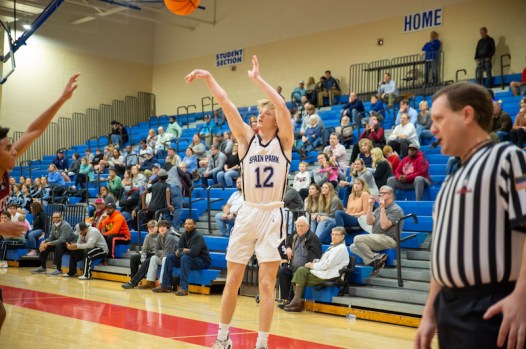 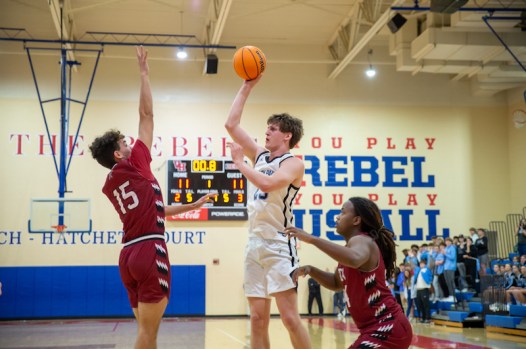 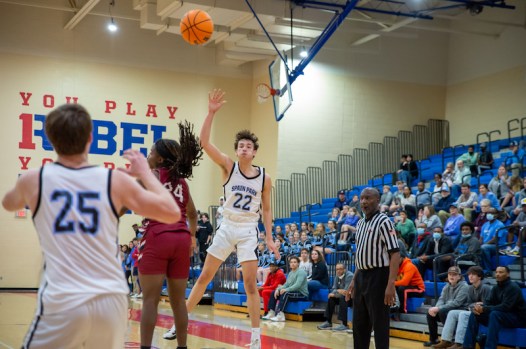 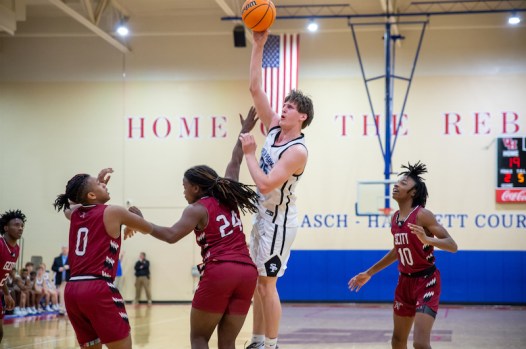 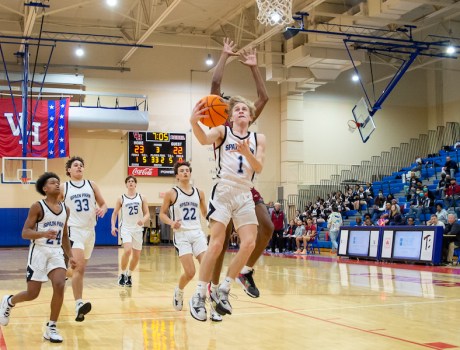 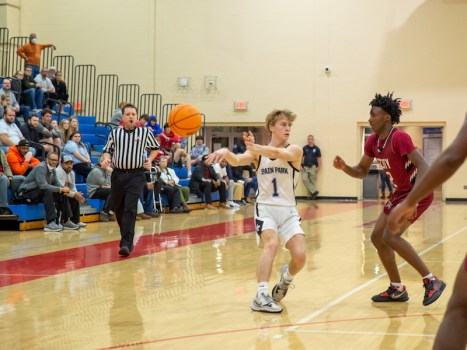 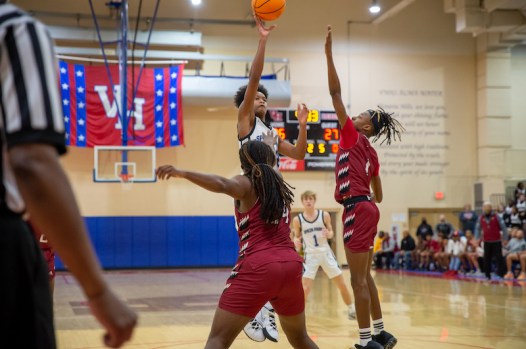 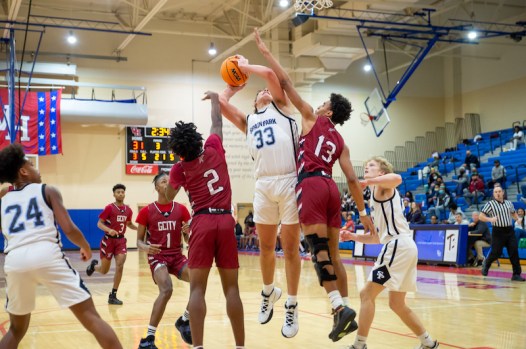 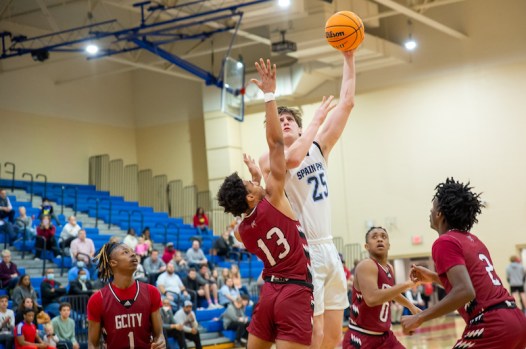 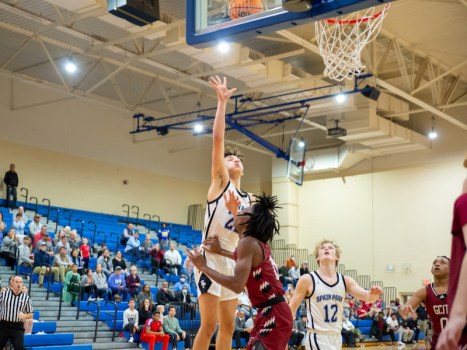 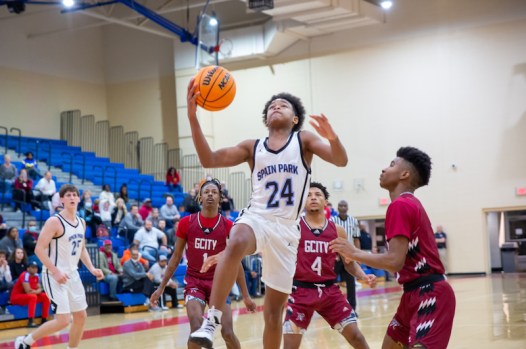 VESTAVIA HILLS – For the third year in a row under head coach Chris Laatsch, the Spain Park Jaguars are Sweet-16 bound after a big fourth quarter on Wednesday, Feb. 9.

Taking on Gadsden City in the opening round of the area tournament with the season on the line, the Jaguars scored 31 points in the fourth quarter to turn a one-point lead into a 68-55 victory.

The Jaguars hit 16 of their 20 free throws in the final quarter and knocked down six shots, including three from beyond the arc to come within six points of matching their total from the first three quarters of the game.

With the win, the Jaguars not only advanced to the area tournament championship, but they also earned a spot in the Sweet 16 for the third year in a row where they’ll hope to follow up last year’s run to the Final Four with an even deeper postseason run this year.

They’ll also be hoping to replicate the fourth quarter they had against the Titans in the area tournament opener.

Early in the game, however, the Jags struggled to get in a rhythm offensively.

They did hit three 3-pointers in the opening quarter to total 13 points, but that was only enough to take a two-point lead.

Spain Park did start strong defensively, which was important in playing with the lead, but it was difficult to create separation.

That continued for the next two quarters as well.

But the defense continued to allow the Jaguars to maintain their slim lead.

In the second quarter, Spain Park got two more from beyond the arc and totaled 10 points, while Gadsden City put together another 11-point quarter to cap off a consistent first half.

Out of the break, however, both teams started showing some flashes of success offensively.

In what was already a tight game, it started to get a back-and-forth feel as the two began trading shots.

Spain Park hit two more threes in the quarter and got five each from Chase James and Sam Wright to total 14 points.

Gadsden City matched the effort with 14 points as well, including three made 3-pointers to hang right alongside the No. 8 Jaguars going to the final quarter.

The Jags, however, saved their best for last.

Almost like a new game started, they seemed to get their second wind.

They started the final quarter on a 9-2 run to gain some breathing room at an important time.

Then came a huge play from Zach Gray.

With 4:30 to play, he not only drained a 3-pointer, but did so through contact, eventually going to the line to convert a four-point play.

From there, the Jaguars were able to capitalize on the cushion by draining free throws down the stretch to finish off the 13-point win.

Spain Park had five players score eight or more in the game, while four of those five finished in double figures. Gray led the way with 19 points after knocking down five from beyond the arc in the win. He had 10 in the final quarter to help cement the win.

The Jaguars will now take on Vestavia Hills in the area tournament championship before their Sweet 16 matchup.