Thompson headed back to Sweet 16 after beating rival Hoover 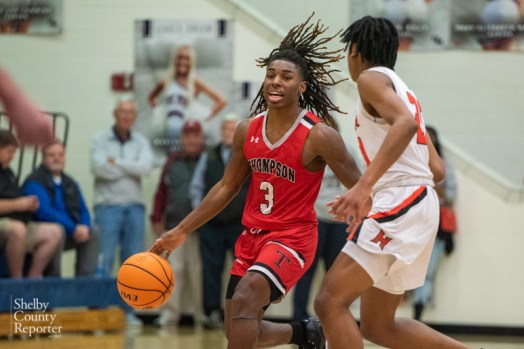 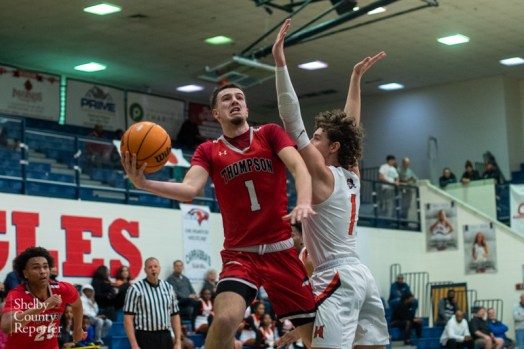 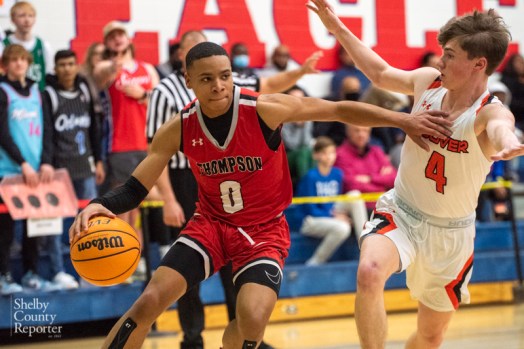 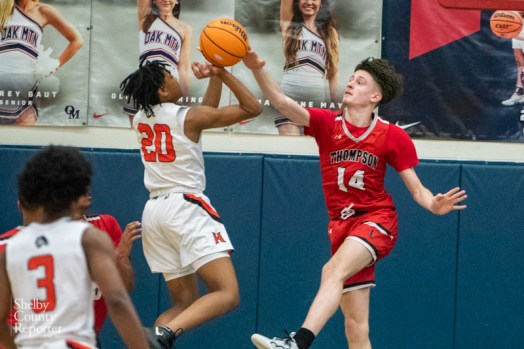 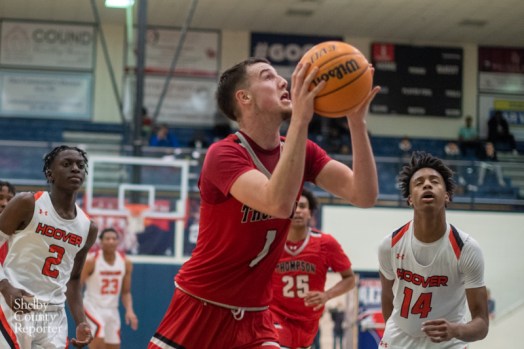 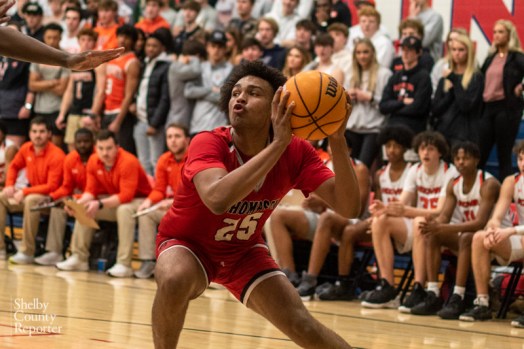 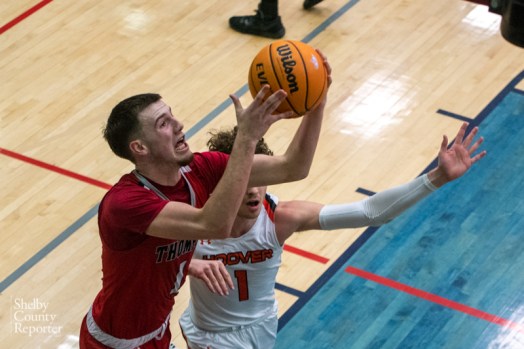 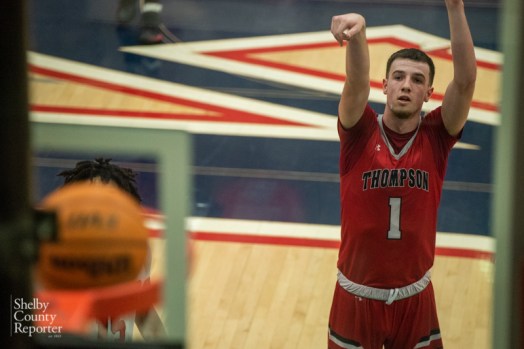 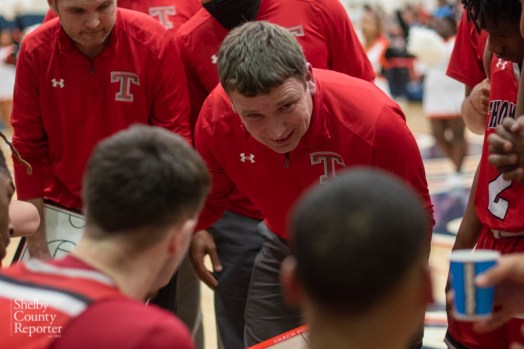 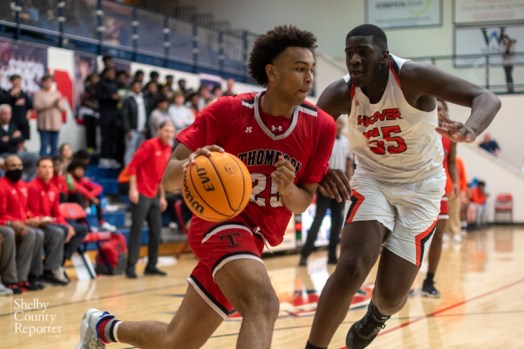 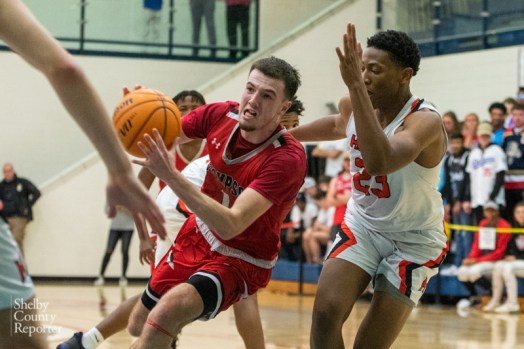 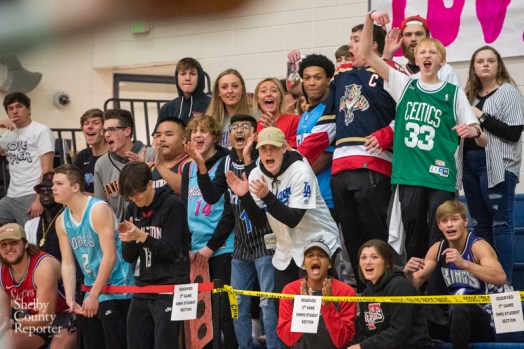 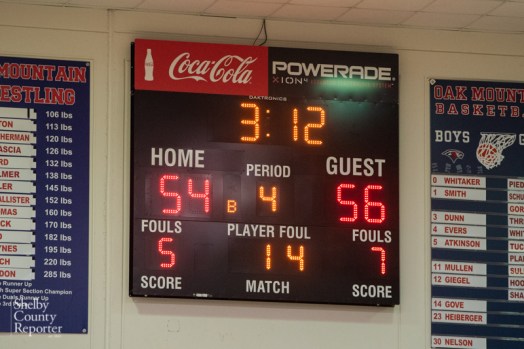 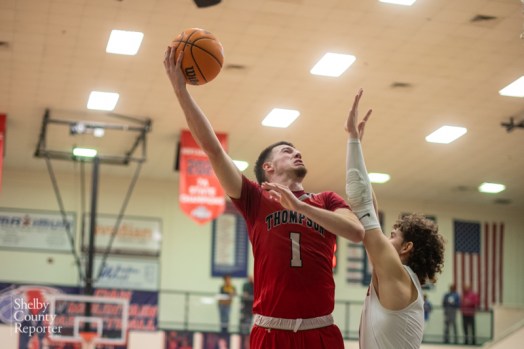 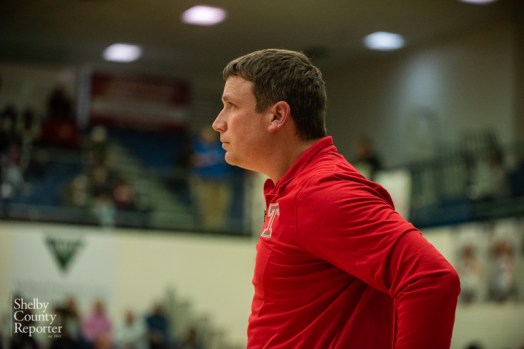 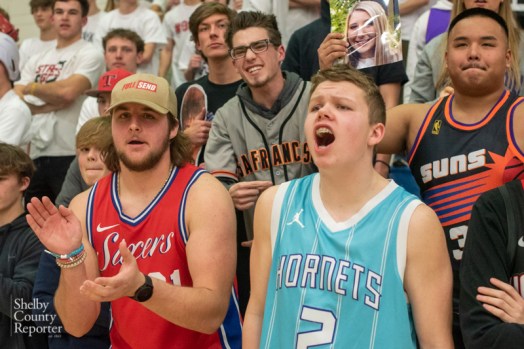 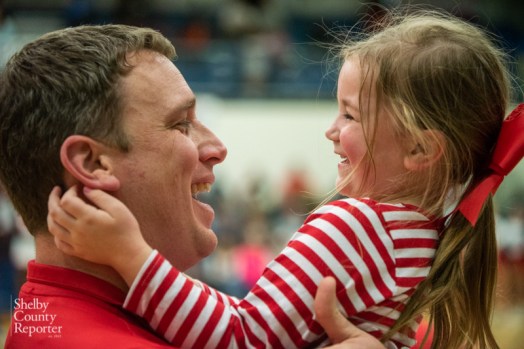 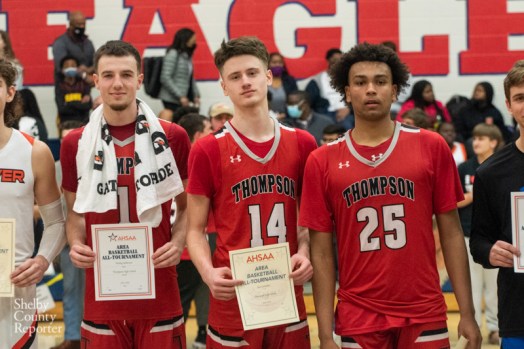 NORTH SHELBY – Facing an 11-point halftime deficit in the opening round of the area tournament against No. 3 Hoover on Wednesday, Feb. 9, the Thompson Warriors didn’t panic.

Instead, they trusted their halftime adjustments and a more aggressive offensive approach to start the second half against their rival with their season and a spot in the Sweet 16 on the line.

And before their own eyes, they saw the trust in those changes pay off.

Trailing 34-23 to start the half, they erased the deficit in the third quarter, took the lead on the first possession of the fourth quarter and outscored Hoover 42-26 in the second half to down the Buccaneers 65-60.

With the comeback victory, the Warriors punched a ticket to the Sweet 16 for the first time since Dru Powell’s first year as the head coach—the 2018-19 season.

And several players were big in helping them completely shift the effort in the second half.

In addition to those two, Wesley Roberson finished with 19 to lead Thompson in scoring, including 10 in the second half.

In the opening half, however, the Warriors were slow out of the gate on both ends of the court.

Defensively, they allowed 19 in the opening quarter, while the offense had its worst quarter of the game as well, scoring 10 points.

Thompson found it difficult to handle Salim London, who hit three from beyond the arc in the first quarter and totaled 12 of Hoover’s 19 points.

That continued into the second quarter, as London scored nine more points and Thompson gave up two additional 3-pointers.

That helped Hoover score 15 more, while the Warriors couldn’t find points outside of Tre Adolphus and Roberson.

Those two scored all 13 points for the Warriors in the period, which led to a 34-23 deficit at the halftime break.

TO start the second half, however, Thompson looked like a completely different team.

In a third quarter where it looked like every offensive possession was drawn up in the locker room, Thompson ran plays to perfection, starting with a quick alley-oop dunk from Gonzalez off a pass from Pegues.

The Warriors quickly drew to within seven points before Hoover jumped back up by 12 at 40-28.

From there, however, Thompson’s offense couldn’t be stopped.

The Warriors 17-6 run to end the quarter behind several big plays from Pegues, Roberson and Gonzalez.

Then, in the final second of the quarter, Adolphus earned a trip to the free throw line, making one of two from the line to bring Thompson to within one at 46-45 heading to the final quarter.

That was followed by the Warriors gaining the lead on the first possession of the fourth quarter before a thrilling back-and-forth battle took over down the stretch.

Even with that, Thompson never trailed after 48-47.

On the next possession, Roberson hit a 3-pointer to put Thompson in front 50-48.

Hoover tied the game 50-50 and 52-52, but Thompson gained a five-point lead at 59-54 following back to back jumpers from Gonzalez, a Roberson layup and a Carson Pringle free throw.

The Bucs never gave up, following that with a free throw, an offensive rebound on a missed second free throw and a 3-pointer to draw to within a point at 59-58 with 48.2 seconds to play.

Pegues went 6-6 from the stripe in the final quarter, Gonzalez made three field goals and went 2-2 from the line and Roberson hit the big 3-pointer and another jumper.

The defense, however, was just as important, as the Warriors held London to six total points in the second half and allowed 14 or less in both quarters to close out the win and keep their season alive.