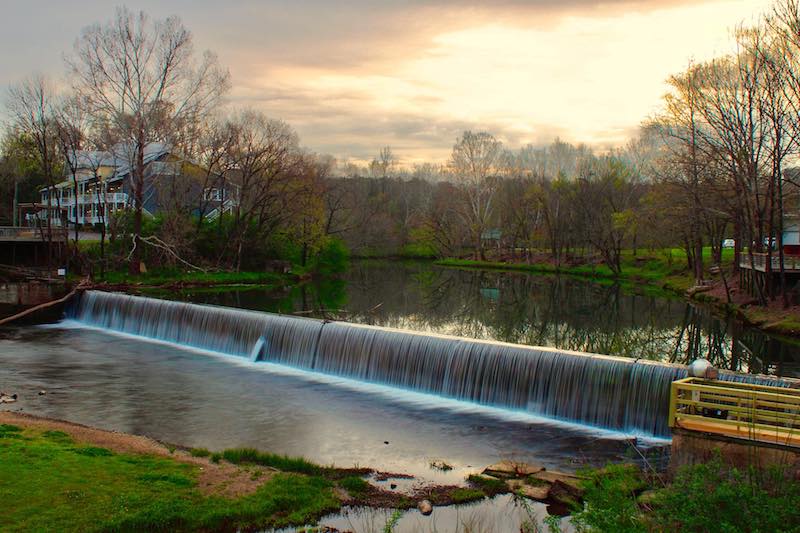 Helena resident Beau Taylor takes scenic photos of hidden and underappreciated gems throughout Helena and Shelby County. His sunrise photos on the banks of Joe Tucker Park have gained hundreds of followers on his Instagram page. (Contributed)

HELENA – Beau Taylor has an eye for what makes a good photograph. He considers himself incredibly fortunate to live in Helena, where he said there are hidden gems for amazing photographs around every corner.

“It’s fun because it’s inspiring to see all these techniques you can use, but I always love to cover Shelby County and Helena because I feel like people tend to under appreciate what’s in their own backyard,” he said.

Taylor lives in Helena with his family, and he said he always knew Helena was special but it wasn’t until he started getting into hiking and running almost four years ago that he realized the city’s full potential.

“I knew the area really well, but I hadn’t taken pictures for a really long time,” he said. “I used to be more into it before I had kids, and I had put it down and not picked it back up for a while.”

He started taking his youngest son on walks with him, looking for places they could enjoy together. Taylor took his Digital SLR camera that he had put away once upon a time and started taking pictures.

In visiting more secluded and hidden areas throughout Helena, he realized how many beautiful scenescapes the town has to offer.

It quickly became a goal to find as many hidden gems throughout Shelby County as a whole. Helena, he said, has several locations that will take your breath away, and he’s posted several of them on his Instagram account. He has over 3,000 followers who can’t get enough of his picturesque Helena photos. He’s even been featured by companies like Canon that love his mesmerizing, almost watercolor photographs of southern landscapes.

One of his photos that was featured by Canon is of a blue heron bird that was enjoying the mist from the waters by the Buck Creek Dam. Taylor caught the bird in a candid moment by the water with a long exposure shot. The water from the dam took on a silky texture in the shot, and to this day Taylor said it’s one of his most favorite shots.

“Again, though, it’s something I probably wouldn’t have even been able to capture if I didn’t start hiking through Helena again and start taking photography back up,” he said.

To Taylor, even spider webs are a work of art worth capturing.

“Because of the way the light is at sunrise, it just gets caught in a spiderweb. Taking close up pictures, you realize the light can cause them to refract and you see rainbows in the webs and it just completely changes how you see these things.”

Taylor added the wildlife population in Helena is another thing residents take for granted.

“We have beautiful birds and fish and other wildlife that it’s just so great to see, and I love Joe Tucker Park because I’ve been there a bunch of times with my kids and when I started picking photography back up it just has the most amazing sunrises,” he said.

To Taylor, Helena has something for everyone’s tastes and he encourages people to go and explore what they don’t realize is right next door.

“Helena has this small town feel and it’s so picturesque,” he said. “I love Buck Creek, but it also has such a rich history. I love how the Hillsboro Trail connects everything through the history and it’s so nice to walk with my family and enjoy the sunset. I think people take that for granted here in Helena. If you get up early enough and go down to Joe Tucker Park, you can see the most beautiful sunsets and see the park come to life. There really is so much.”

To check out more of Taylor’s photos, visit his Instagram @wkeeper1117.