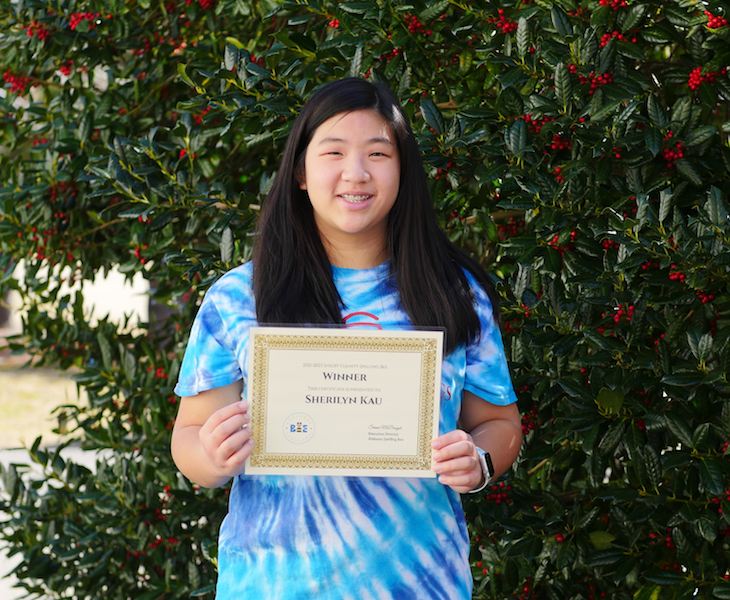 Sherilyn Kau, an eighth grader at ISS, will advance to the state competition next month.

This marks the second year in a row Indian Springs School has brought home the win in the Shelby County Spelling Bee.

Kau follows in the footsteps of last year’s winner, Evie Frohsin, who placed sixth in the state competition.

The Alabama Spelling Bee will be held on Saturday, March 26 on the UAB campus.

The winner of the state competition will go on to compete at the Scripps National Spelling Bee.