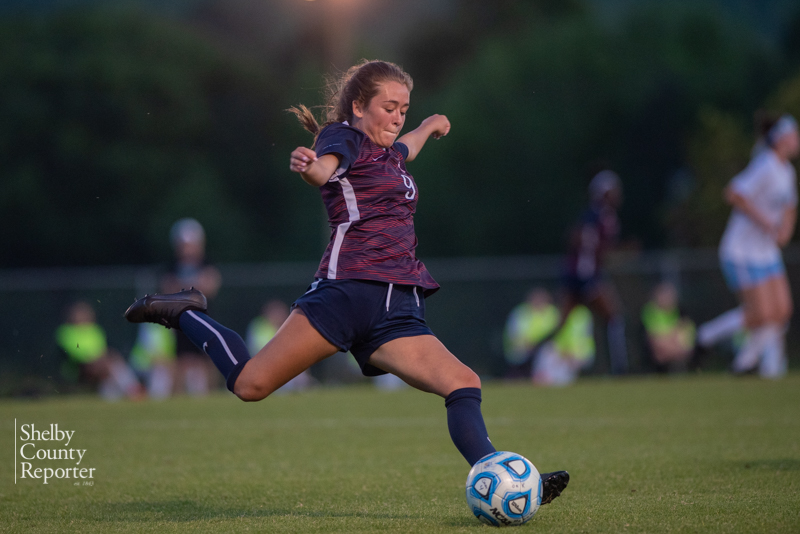 Oak Mountain’s girls soccer team continued a special start to the season at the 2022 Southern Shootout, winning all three games to improve to 5-0 on the season. (File)

FOLEY – The top-ranked team in both the boys and girls Class 7A standings, the Oak Mountain Eagles looked to back up their rankings at the annual Southern Shootout in Foley Feb. 10-12.

Taking on some of the state’s stiffest competition, both had their share of success, it was the girls who walked away as champions in their division, while the boys finished fourth in theirs.

The girls, who are hoping to repeat as state champions this season, are showing early in the season that they will again be a tough out for the 2022 season.

After opening the season with road wins against Chelsea, 6-1, and Huntsville, 2-1, the Eagles headed to the Shootout and put together three more wins to remain unbeaten at 5-0 on the season.

Through their first five games, the Eagles have yet to give up more than one goal despite challenging opponents, and have outscored their five opponents by a combined score of 19-3.

The Eagles opened the tournament against No. 10 Auburn and put together a strong 1-0 shutout to notch a hard-fought victory.

A day later, the Eagles returned to the field for a matchup with Daphne, and their dominance reached a new level with their largest margin of victory early in the season.

Oak Mountain went on to grab an 8-0 win to post a second straight shutout and improve to 4-0 overall.

Now 2-0 in the tournament, the Eagles were one win from bringing home the Showcase division championship.

All that stood in the way was Class 6A No. 4 McGill-Toolen.

Similar to their opening game, he Eagles again found clutch play to hold off the Yellow Jackets in the second half for a 2-1 win to finish the tournament 3-0.

With that, the Eagles finished as the only undefeated team at the tournament, totaling nine points to beat out Auburn, who finished with six points.

That made the 1-0 win against the Tigers the biggest of the weekend in determining the champion of the division.

As for the boys, they entered the tournament fresh off a 2-0 record at the Lakeshore Shootout a weekend earlier, which not only saw the Eagles finish 2-0 by a combined score of 10-0 against two of the best teams, but head coach David DiPiazza pick up his 450th career win.

The Eagles faced another gauntlet of teams at the Southern Shootout, and while the defense continued a strong season, the offense couldn’t replicate the success they saw a week earlier.

Taking on Bayside, Fairhope and Baker, Oak Mountain finished the tournament 0-1-2, tying 1-1 with Bayside and Baker and losing 2-1 to Fairhope.

That gave Oak Mountain a total of two points for the event, which put them in fourth behind Fairhope, Indian Springs and Bayside.