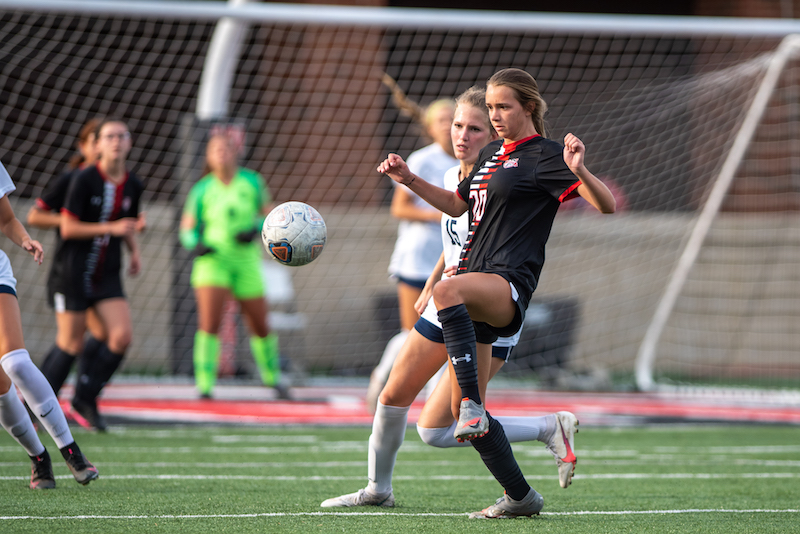 Thompson's boys and girls soccer teams put together special performances at the 2022 Southern Shootout with each finishing inside the top three of their division. (File)

FOLEY – Impressive starts to the 2022 soccer season for the Thompson boys and girls soccer teams continued in Foley during the Southern Shootout Feb. 11-12.

Taking on some of the best teams in the state, both finished inside the top three of their respective division and put together winning records at the tournament.

It marked a continued impressive start for the girls, who opened with a 6-1 win against Gadsden City and a tight 2-0 loss to No. 3 Spain Park ahead of the tournament.

With that confidence of competing against two solid teams, the Warriors entered the Southern Shootout and put together a strong stretch against three more talented teams.

They also continued an impressive stretch of defensive play, giving up just two combined goals during the event, including a shutout.

That shutout came in the opener against St. Paul’s Episcopal.

Thompson seemed in sync in all facets of the game, which led to 3-0 shutout victory to kick off the tournament.

A day later, the Warriors matched up with Cullman and came close to duplicating their performance from a day earlier.

Thompson picked up three more goals, but the defense allowed one goal in a 3-1 victory.

That put the Warriors a win away from at least a share of the title in the division, but the offense couldn’t quite find the same production in the final game against Fairhope.

Thompson gave up one goal for another impressive effort defensively, but the Warriors could only match that offensively to finish off the tournament with a 1-1 tie.

That gave them seven points in the event, which beat out Hewitt-Trussville for third, while Mountain Brook won with nine points after a perfect 3-0 showing.

Thompson was the only other team in addition to Mountain Brook to finish without a loss in the division.

As for the boys, who competed in a tough division with Davidson, Enterprise and Spain Park, the Warriors were able to go 1-1-1 at the tournament to total four points.

Thompson started the tournament with its lone loss, but the Warriors set the tone for what was a consistent effort offensively.

They scored three goals in a tight 4-3 loss against Enterprise to fall to 0-1 in the tournament and drop their first game of the season.

That was followed a day later by another three-goal performance from the offense against Davidson, while the defense started a progression of improvement.

The Warriors gave up three goals as well for a 3-3 tie, but avoided a second loss.

In the final game, the Warriors took on county foe and defending state champion Spain Park and put it all together.

The offense finished off the tournament with another three-goal performance, while the defense put together a shutout in a 3-0 win to boost the team’s confidence early in the season.