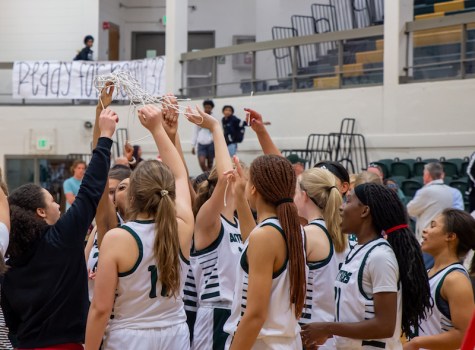 Pelham’s girls basketball team celebrates after beating Wetumpka in a sub-regional game on Feb. 14 to earn a trip to the Sweet 16 for the third year in a row (For the Reporter/Larry Dancy) 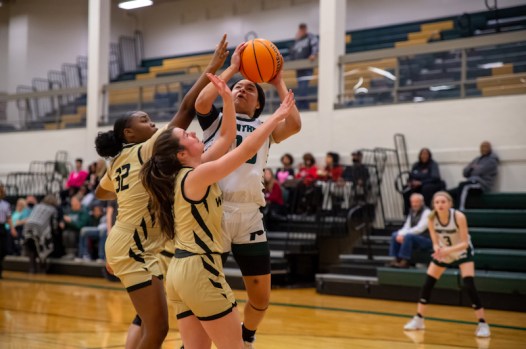 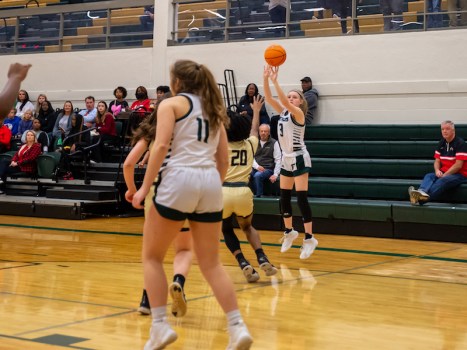 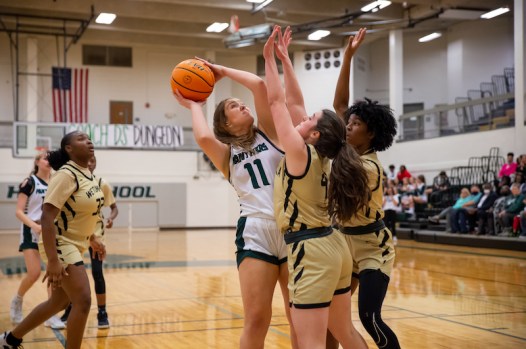 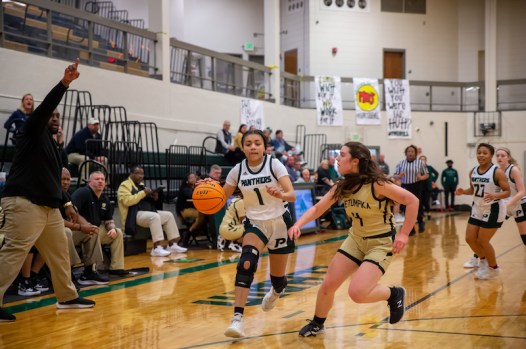 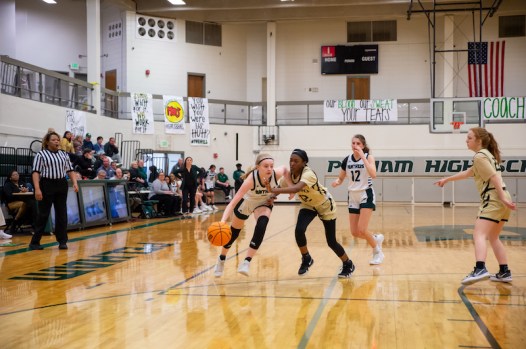 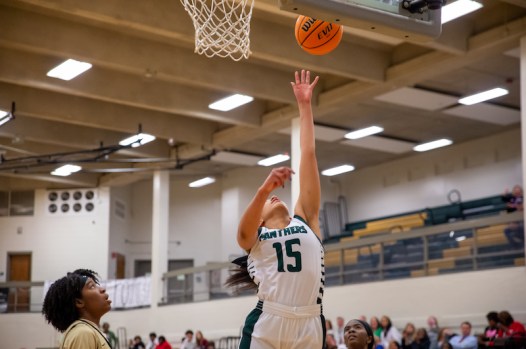 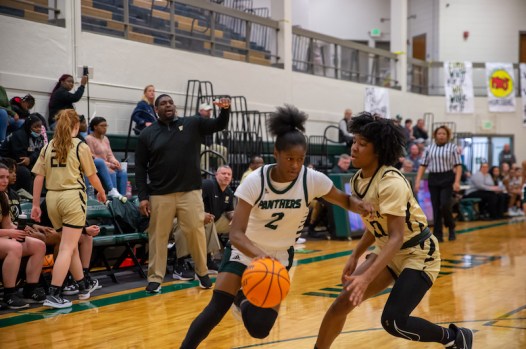 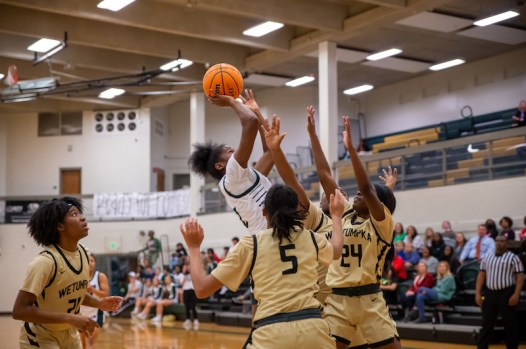 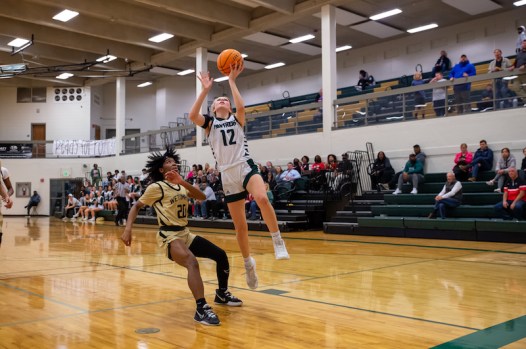 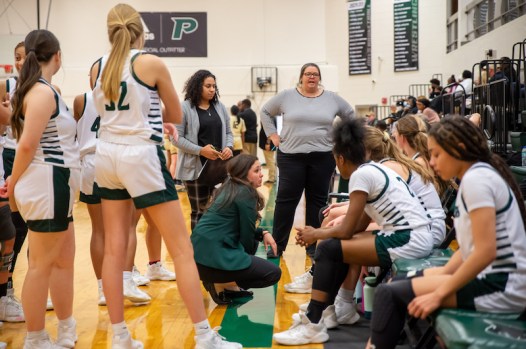 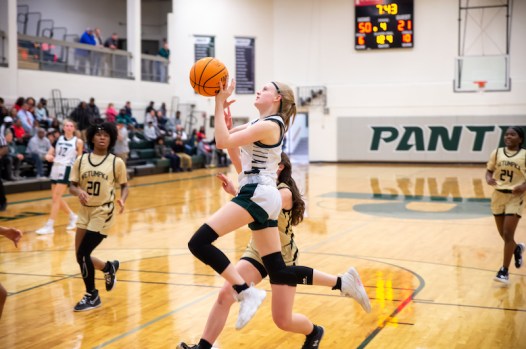 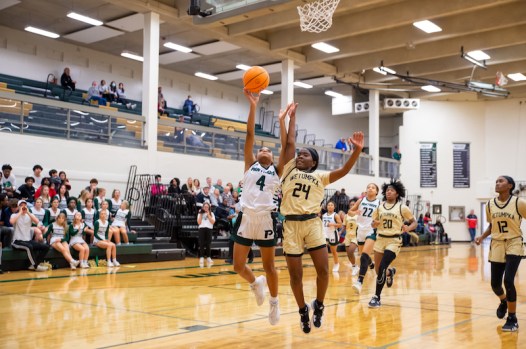 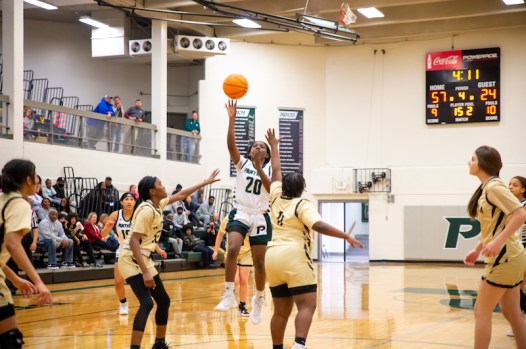 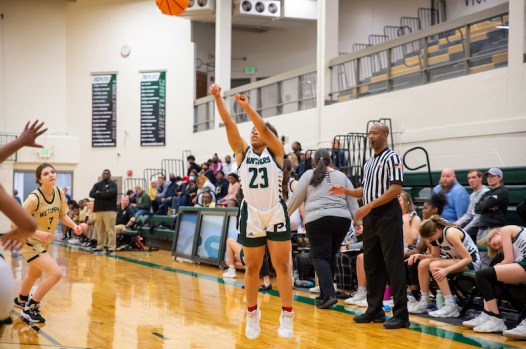 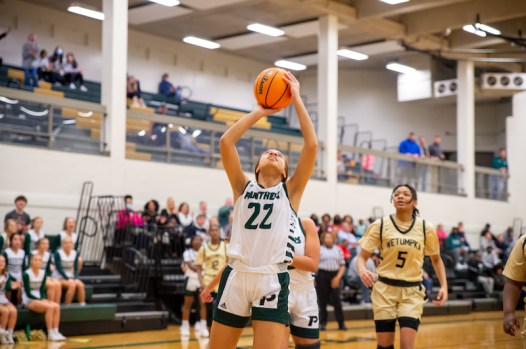 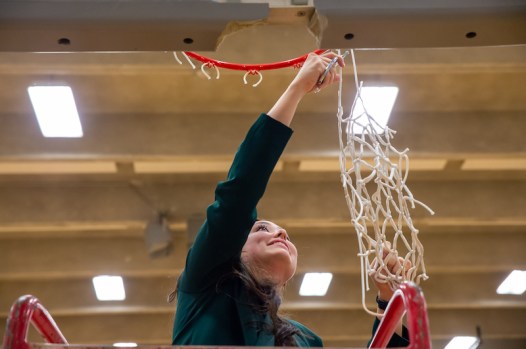 PELHAM – The Pelham Panthers are heading back to the Sweet 16 after another convincing postseason win over Wetumpka at home. The shorthanded Panthers dominated the first few minutes in the game then used a 26-point third quarter to stamp their ticket to the next round of the 6A playoffs with a 61-24 victory.

“I was proud of how we came out, had a really big first quarter and then they responded, credit to them,” said Pelham head coach Crosby Morrison. “They came out ready to fight in the second quarter, made a big run and we had to make adjustments. I’m really excited about how we came out. Our leadership and seniority came out in the second half and put away the game.”

The Panthers jumped all over Wetumpka from the opening tip, forcing seven turnovers in the first quarter to build a huge 18-3 advantage.

Laci Gogan was key early, drilling three baskets from beyond the arc to pace Pelham. The second quarter was a little more difficult as the Panthers offense got bogged down after the big start.

After Pelham pushed its lead to 24-5, Wetumpka found its footing and went on a 7-0 run and kept the Panthers off the scoreboard for the rest of the period to make it a 24-12 score at the half.

Morrison encouraged her team to not get out of character and stick to the game plan that gave them the upper hand in the first place.

“Just do what we do. Don’t try to force anything, don’t try to do anything that’s not us,” she said. “When we start reaching, not moving our feet and not trapping, it translates to our offense and we get into our offense from our defense.”

The Panthers responded with a huge third quarter, however, that put the game out of reach.

They forced six more turnovers and Gogan poured in 11 more points as Pelham iced the contest and cruised the rest of the way in front of an enthusiastic home crowd.

“She’s a great player for us, she’s a four-year starter,” Morrison said. “I kind of lump her in with all our seniors. She’s grown up with this senior group since they were freshman so I’m really excited about her returning next year. She’s a really good player and in my opinion one of the best players in the state.”

Pelham didn’t allow a basket for the entirety of the final quarter,  and Wetumpka scored just three points from the charity stripe.

Gogan led all scorers with 22 points in the win with Jaslyn Heflin adding nine more points for the Panthers.

“It was good for us to face some adversity in the second quarter because that’s what we’ll be facing for the entire game against either Gulf Shores or Blount,” Morrison said. “They are very good teams and we expect a very good game.”

Pelham will now take on Gulf Shores at 9 a.m. inside Garrett Coliseum in Montgomery on Thursday, Feb. 22.