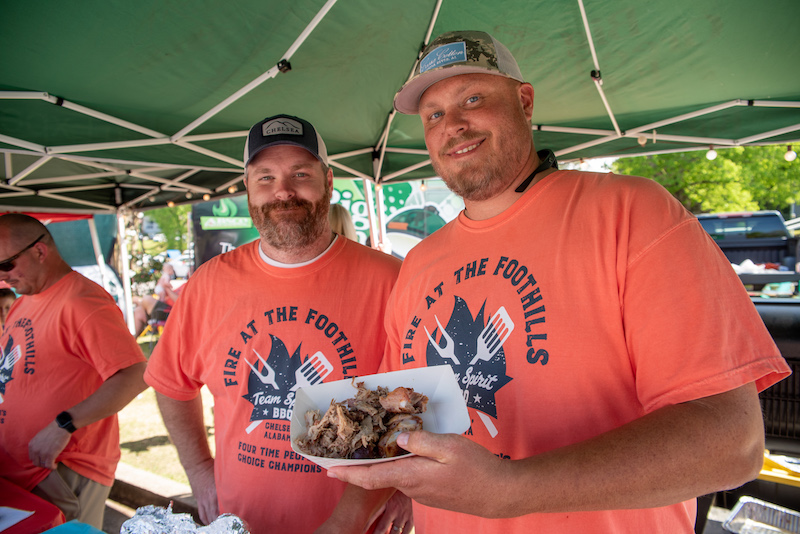 Chelsea’s 2021 Fire at the Foothills event saw the biggest turnout in the event’s history. (File)

CHELSEA – One of Chelsea’s biggest spring events is less than two months away.

The 2022 Fire at the Foothills BBQ Cook-Off will be held on the afternoon of Saturday, April 2, but this year, the friendly competition will unfold at a new location.

“We are hosting Fire at the Foothills at the Chelsea Community Center this year,” Chelsea Kiwanis Club member and City Councilmember Scott Weygand said. “We’re moving it from City Hall for more space, so we can grow the event.”

Weygand said the ongoing construction at the intersection of Shelby County 47 and Shelby County 39 in front of City Hall also factored into organizers’ decision to change the location.

Ten teams have registered to compete in the cook-off thus far, but many more are welcome to sign up, Weygand said.

“We’re hoping for 30 (teams),” Weygand said, noting the event once again will include a dessert cook-off, which benefits Chelsea Fire and Rescue. “We’re hoping a lot of people will want to enter that one.”

Participants may sign up to compete in the barbecue cook-off, dessert cook-off or both.

Registration for both cook-offs will remain open until two weeks prior to the event, or until all spaces are filled.

The event will be held from 1-4 p.m. and will include live music and a kids play area.

Parking will be available at Liberty Baptist Church, across from the community center.