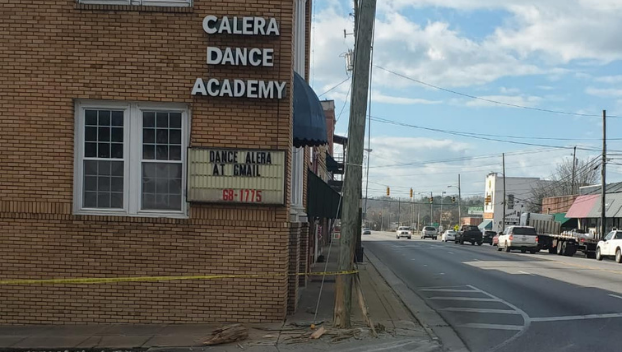 CALERA – An 18 wheeler struck and severed a power pole at the intersection of Hwy 31 and Hwy 25 next to the Calera Dance Academy building during the morning of Wednesday, Feb. 16.

The Calera Police Department said in a Facebook post that the 18 wheeler did not stop, it is working to identify the vehicle and driver and that no one was injured.

The CPD has been told that the power company will start repairs on the power pole on Wednesday, Feb. 16 at 9 p.m. Hwy 31 and Hwy 25 North will be closed during the repairs.

“If kids had been going into or out of Calera Dance Academy or Creations Galore and Moore when this happened, this could have been a real tragedy,” said a post by the CPD on its Facebook page. “This intersection is not safe for 18 wheeler traffic turning from 31N onto 25. Several vehicles parallel parked on Highway 31 in downtown Calera have been struck and damaged recently.”

There has been an alternate truck route proposed by the CPD to help mitigate dancer to Calera citizens and to make the trip through Calera safer and easier for trucks.