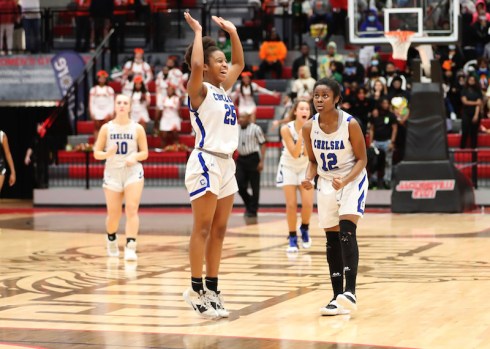 Chelsea’s girls basketball team is headed to the Elite Eight for the second year in a row after winning a defensive battle against Huffman on Feb. 17. (For the Reporter/Cari Dean) 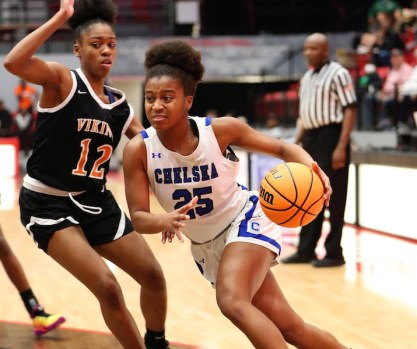 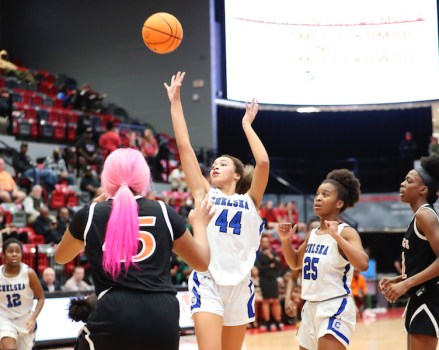 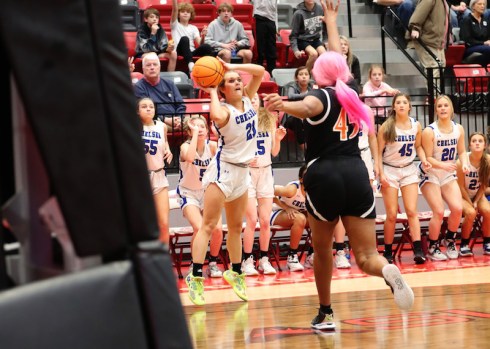 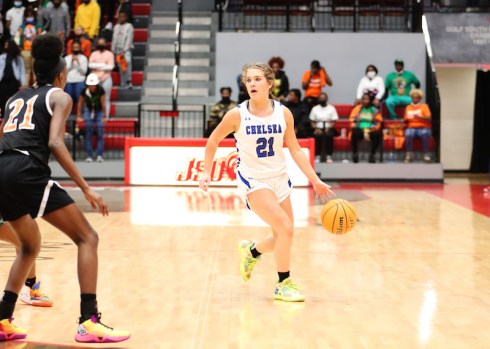 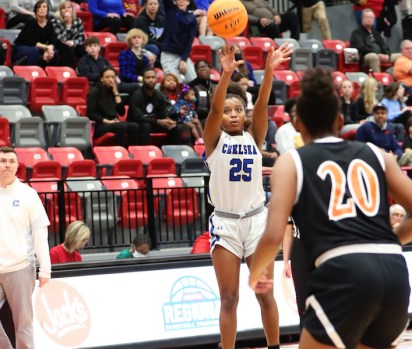 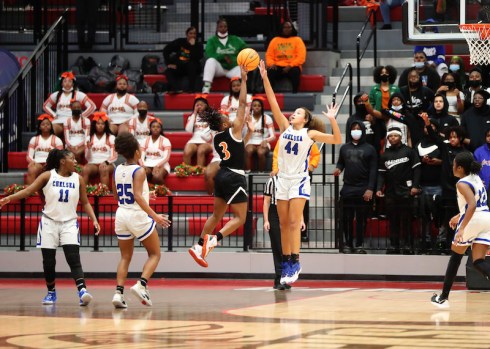 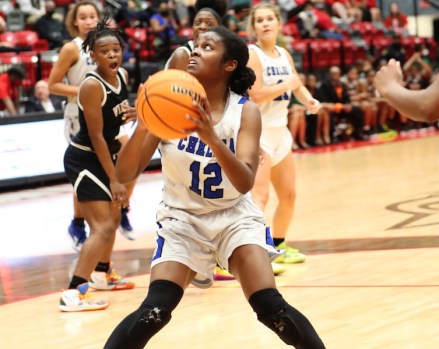 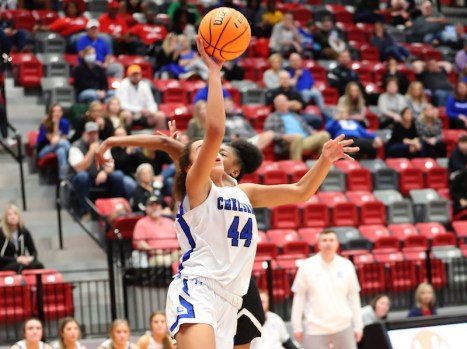 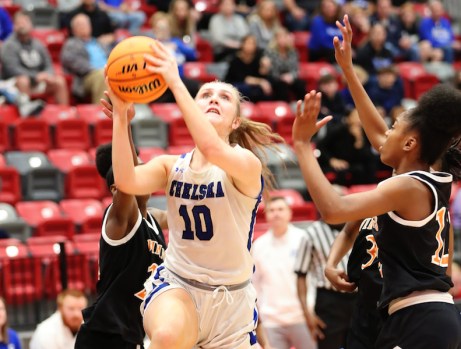 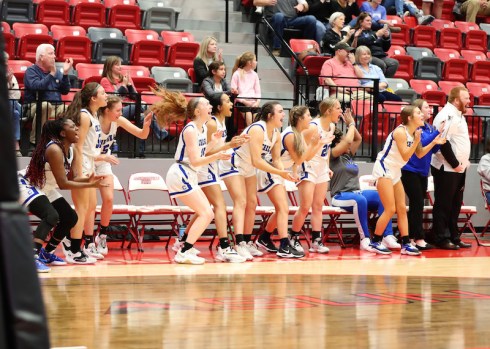 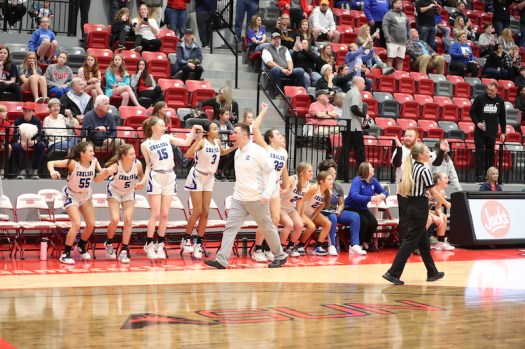 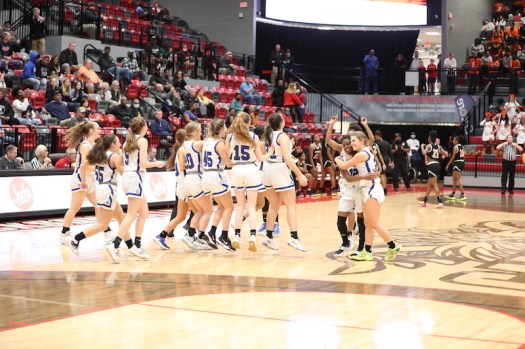 JACKSONVILLE – In a game that fit their style of play perfectly, the Chelsea Hornets closed out a defensive battle with back-to-back strong quarters in the second half to punch a ticket to the Elite Eight for the second year in a row on Thursday, Feb. 17.

Taking on Huffman in the Sweet 16 for the second year in a row at Jacksonville State’s Pete Mathews Coliseum, the Hornets held the Vikings to nine points or less in every quarter and put together back-to-back 11-7 quarters in the second half to close out a 39-30 win.

It was a lower-scoring battle than the previous year that saw the Hornets win 58-43.

The defensive nature of the game, however, didn’t prevent a fast start from Chelsea, who jumped out to an 8-2 advantage in the first quarter.

Huffman responded quickly with a 5-0 run to close the period over the final 1:10 to make it a two-point game going to the second quarter.

Chelsea went back up by five early in the second quarter, but the Vikings responded with one of their best offensive spurts of the game with a 7-0 run to take the lead for the first time at 16-14.

But after more than four minutes of not scoring, Chelsea responded with a big 3-pointer from Ashley Washington to regain the lead at 17-16 going into the halftime break.

The Hornets then came out and started the second half with a 7-2 run that gave them their largest lead of the game to that point at 25-18.

Huffman clawed right back with a 5-0 run to get within two points, but for the second quarter in a row, Chelsea finished with a crucial 3-pointer from Lexi Redd to make it 28-23 ahead of the final quarter.

The Vikings gave one more push to draw within three points at 30-27 with 4:14 to play, but the Hornets responded with a 6-0 run to extend the lead to nine.

Huffman got no closer than six points the rest of the way, before Chelsea closed the game out with three free throws.

Chelsea finished with six less turnovers than Huffman, totaling 16. The Hornets shot 41.2 percent from the field compared to 37.1 percent from Huffman.

Chelsea will now take on Mountain Brook or Oxford in the Elite Eight on Monday, Feb. 21 at Jacksonville State looking to earn a trip to the Final Four for the second year in a row.