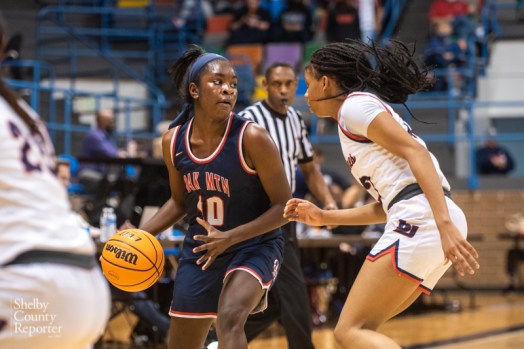 The Oak Mountain girls basketball team saw their season come to an end on Feb. 17 in a loss to Bob Jones. (Reporter photo/Keith McCoy) 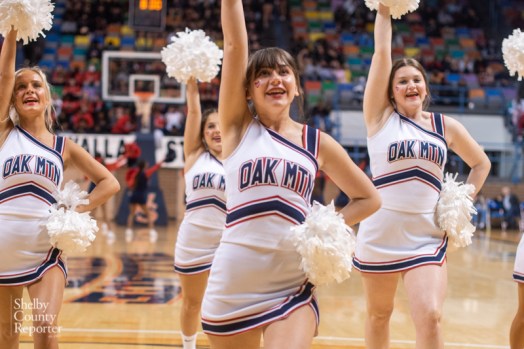 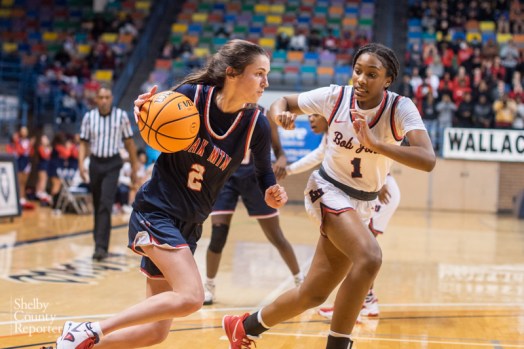 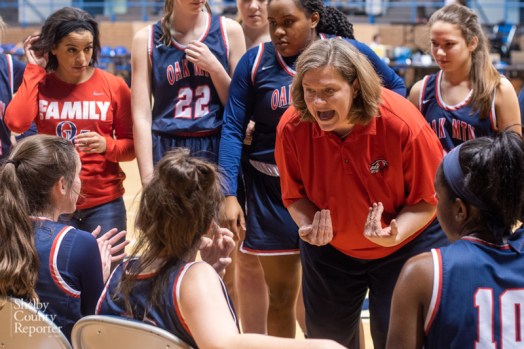 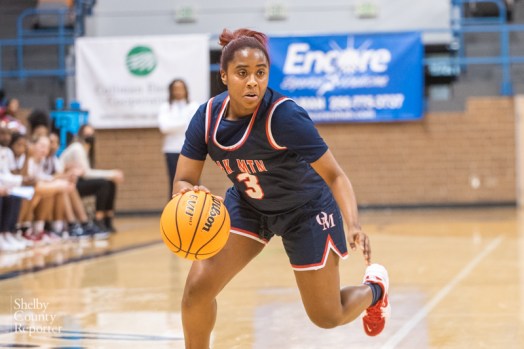 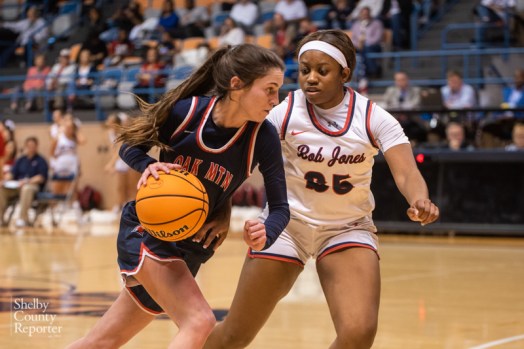 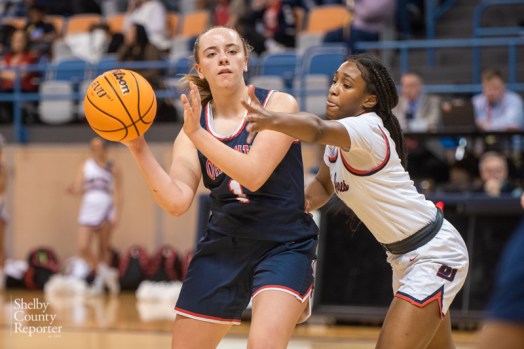 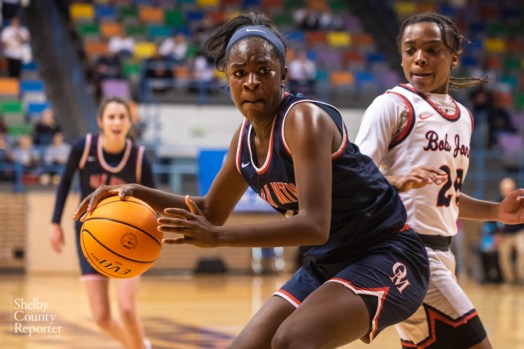 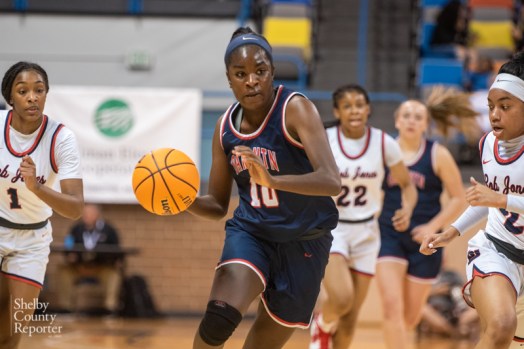 HANCEVILLE – The Oak Mountain girls basketball team put forth a strong first-half effort against Bob Jones in the Sweet 16 on Thursday, Feb. 17, but the Eagles ultimately saw their season end after a big second half from the Patriots.

Oak Mountain had its share of excitement for a while, including a buzzer beater to tie the game at the half and its first lead on a basket to start the second half, but the Eagles only scored five more points after that, as the Patriots pulled away for a 46-25 victory.

The Eagles fell behind quickly in the game, as the Patriots started on an 12-4 run to open up an eight-point advantage.

From there, however, the Eagles ended the quarter on a 4-0 run on two baskets from Raegan Whitaker to make it 12-8 at the end of the first quarter.

That led to a back-and-forth second quarter that was slightly lower scoring.

The Eagles battled back to within one point early in the quarter off a 3-pointer from Abby Gordon.

Then, after Bob Jones had taken an 18-15 lead, Oak Mountain got the shot of the game from Tamia Threatt.

Just inside the half-court line, Threatt heaved up a shot that found nothing but the bottom of the net as the buzzer sounded to tie the game at 18-18 going into the half.

Out of the break, Oak Mountain came right back and hit the first shot of the second half as well to take the lead for the first time at 20-18.

But Bob Jones seized control from there.

The Patriots responded with a 13-0 run to take a 31-20 lead. Oak Mountain got a jumper before the half ended to make it a single-digit game again, but in a low-scoring battle, the nine-point deficit was a large one headed to the final quarter.

Bob Jones capitalized on the strong third quarter, holding the Eagles scoreless for most of the final period, which led to a 46-22 lead before Oak Mountain hit a 3-pointer late in the game to create a 46-25 final.

Oak Mountain was led by Whitaker with 11 points and six rebounds, while Gordon added nine points.