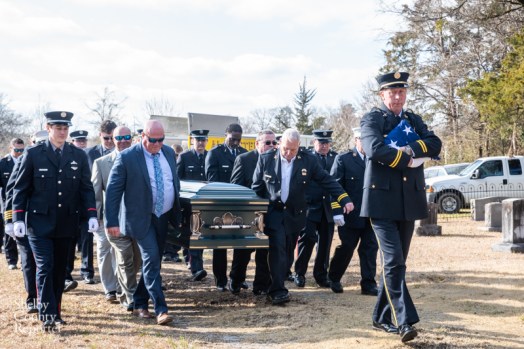 Many gathered on Friday, Feb. 18 to celebrate the life of Phil Harris, who served 28 years with the Alabaster Fire Department. (Reporter photo/Keith McCoy) 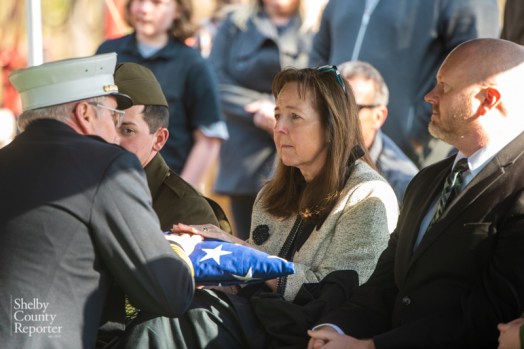 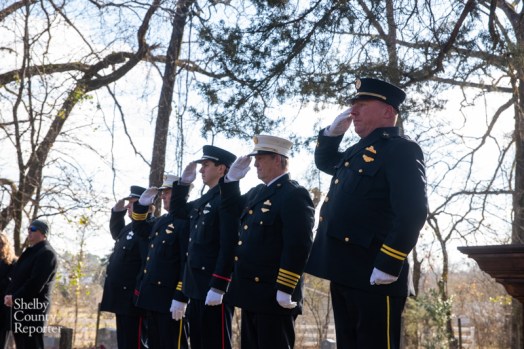 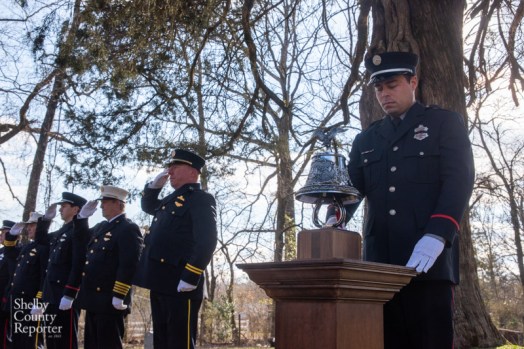 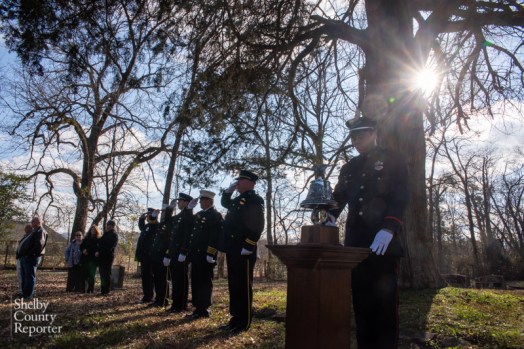 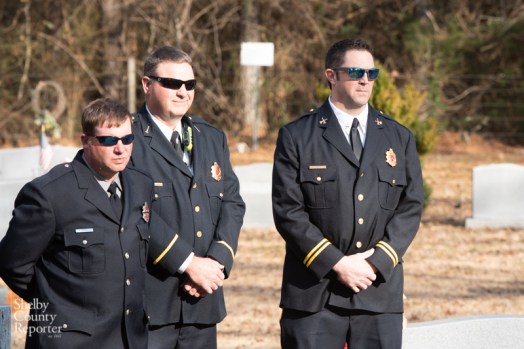 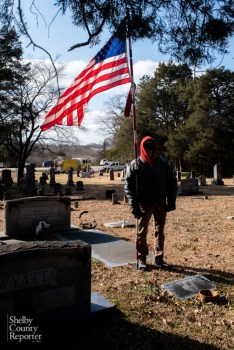 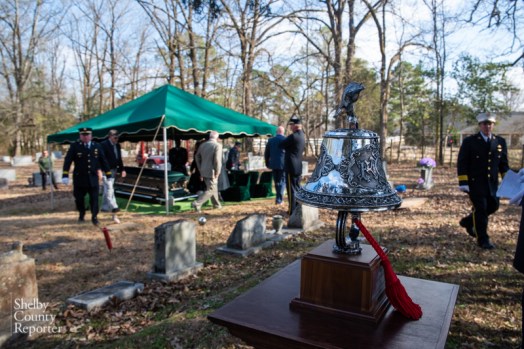 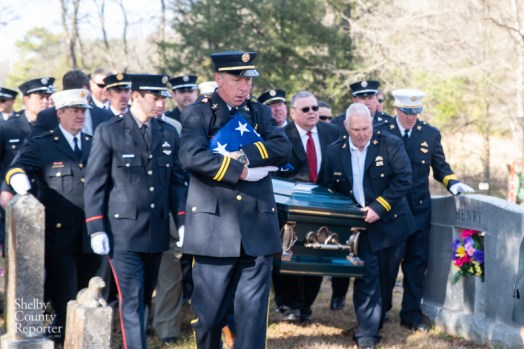 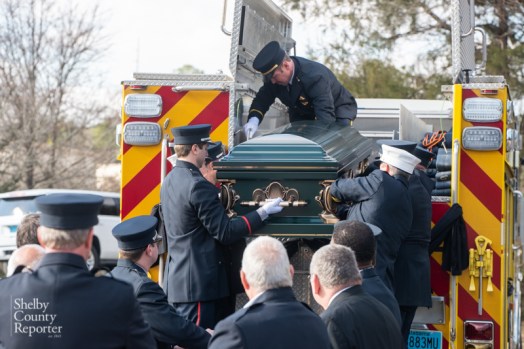 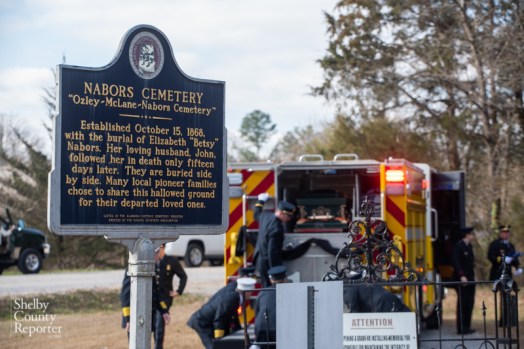 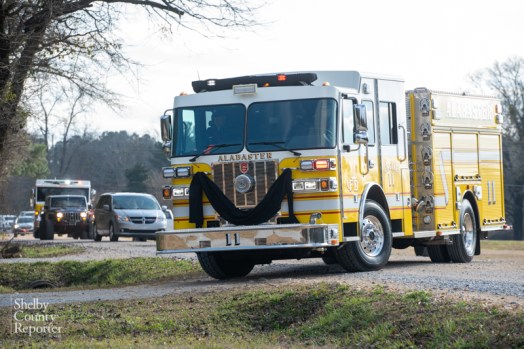 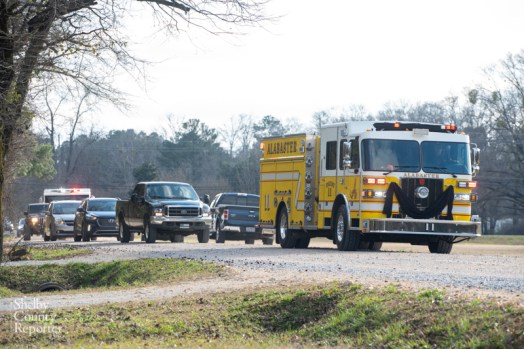 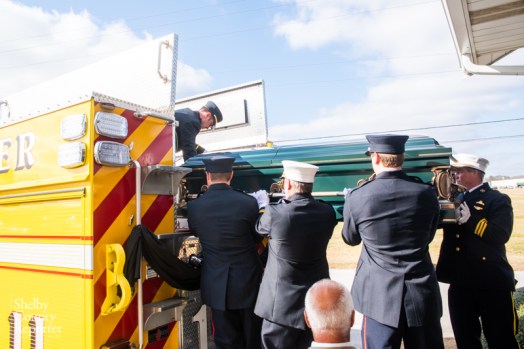 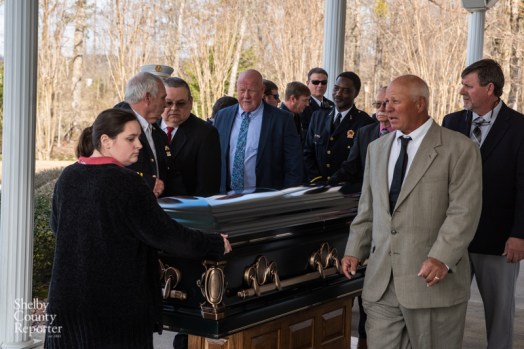 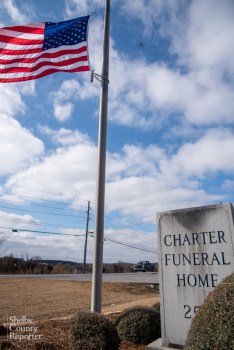 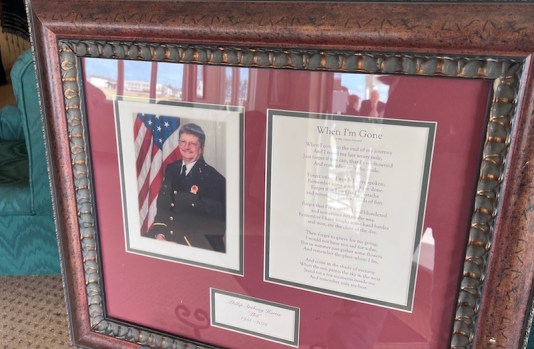 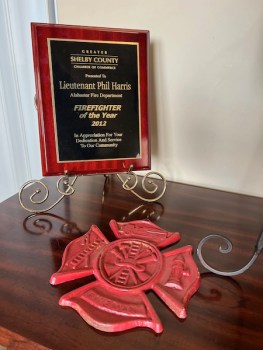 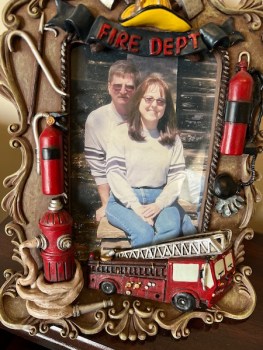 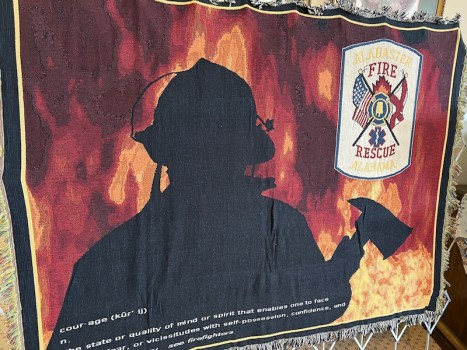 He spent his life in preparation, so it was only fitting that his funeral was largely planned by himself on Friday, Feb. 18.

That is who Phil Harris was.

From many testimonies, the former Alabaster Firefighter of 28 years lived his life as a planner, a leader and a friend to many.

And even after he died from a two-year battle with mesothelioma on Saturday, Feb. 12, his messages didn’t stop.

“Phil asked me to officiate, but I told him, ‘I’m not a minister,’” longtime friend Billy Collum said during his funeral. “He said, ‘But you know me. I want someone who knows me like you do.’”

Harris and Collum went all the way back to the days of growing up together in Shelby County, so they had created lifelong memories, but he still didn’t know what he wanted him to say to honor his life.

But, like the rest of his life, Harris had it planned.

“He wanted me to share two messages,” Collum said.

The first of those messages—making plans.

“He told me, ‘Encourage them to get ready and stay ready,’” Collum said. “He said, ‘If you don’t plan, you’re always playing catch up.’”

The other message—salvation of the soul.

“He emphasized that I place an emphasis to the people there about salvation of the soul,” Collum said. “I asked Phil, ‘Are you ready? Are you up to date with Jesus?’”

Harris then responded with the story of exactly when he knew he was good with the Lord.

It happened at a church camp revival when he was younger. One speaker in particular struck him, and at that moment, he gave his heart to the Lord—crying while doing it.

“He prepared his funeral. He wanted those two messages to get across, and it was all his words, you’re just getting them out of my big mouth,” Collum said with a laugh. “You can wear your uniforms, dress in nice clothes, attend the ceremony, share cards… but you can pay him no greater honor than to listen to his messages. It’s up to you. No one can do it for you.”

And much of Harris’ life centered around two main goals as well—finding his passion for life and the love of his life.

Harris wasn’t sure what he wanted to do with his life at a young age like many do—maybe one reason he was so big on being prepared and finding what you love later in life.

It took time for the graduate of Calera High School to find his niche in life, which led to a start in the rail industry with ABEX in Calera.

After 14 years there, he knew he was meant for something else.

With a year leave of absence, he started down the path of paramedics and firefighting by taking basic, intermediate, paramedic and rookie classes at the University of Alabama at Birmingham in his early 30s.

But he was starting to see a light at the end of the tunnel.

It became clear that he was heading down the right path when he volunteered with the Alabaster Fire Department during his time at UAB, which opened the door to his first opportunity.

A position opened very quickly after he graduated, and he jumped on it, beginning his career as a firefighter with the Alabaster Fire Department. 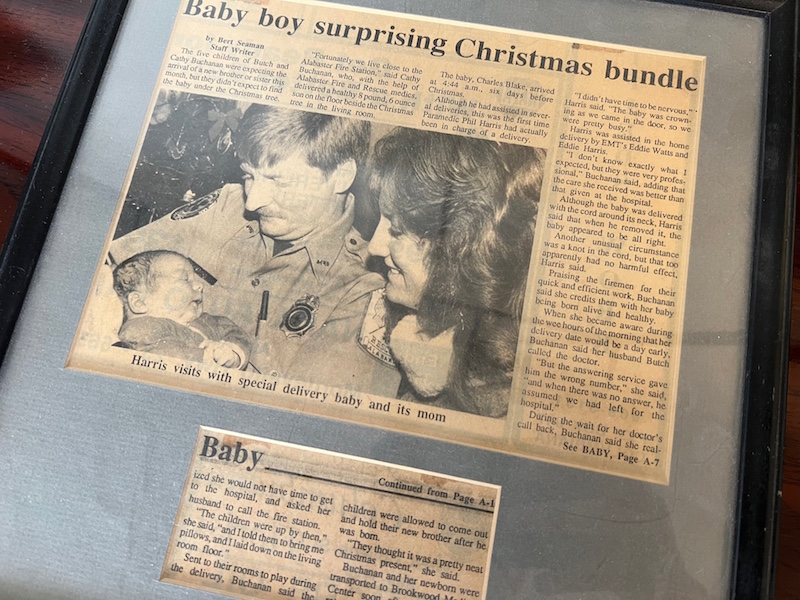 For the next 28 years, he spent his life doing what he loved, eventually becoming a lieutenant with the AFD on his 50th birthday, then the city’s fire inspector.

“He led by example and could be found, even after he became lieutenant, out washing the trucks with his crew,” wife Mary Harris said. “One of his proudest accomplishments after he was made fire inspector was in his 10 years in that position, the city of Alabaster did not have even one business fire due to his diligence in making sure the businesses did what was required to see there was no loss of life or property during his tenure.”

And he carried that sentiment with him beyond work into his daily life as a Christian, a husband, a father and a friend.

That is partially why he was known by a nickname to at least three different groups of people in his life.

In high school, it was “Zipper” because of how skinny he was; to his church softball league, it was “Scarecrow” back in the 1980s; and to his fellow firefighters, it was “Wally.”

Those nicknames stuck with him because of how impressionable he was to others with the impact he made.

After earning the Firefighter of the Year honor by The Shelby County Chamber in 2012, he retired from the Alabaster Fire Department in 2013 after 28 years of service, but his legacy as a leader and man of service was one that carried on from there as an example for others in the department. 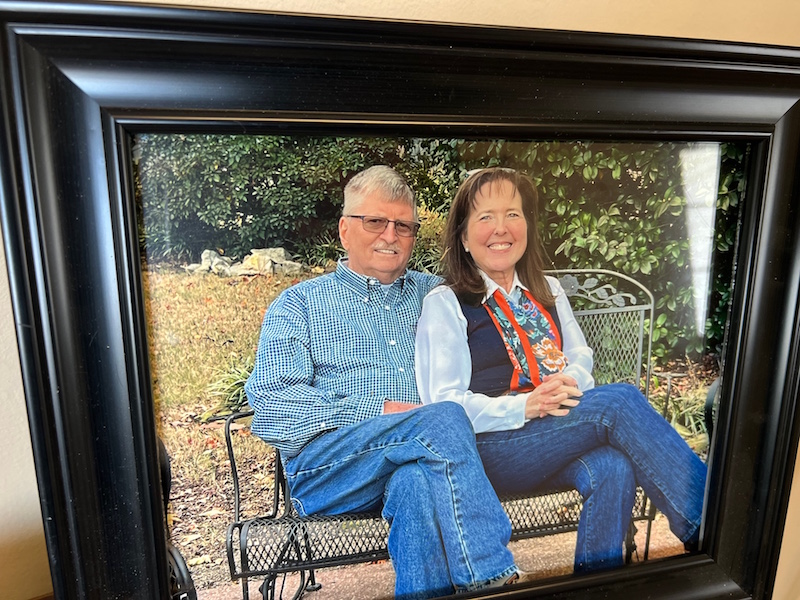 As important as finding the right career was for Phil, meeting the love of his life was second to none.

Like Phil, Mary lived a life of service in Shelby County, serving the people of the county as an employee for close to 50 years, including more than 20 as the circuit clerk.

It took very little time for their love to blossom, as the two got married just more than a year after they met.

“The Lord blessed me with the right man for me by putting him in the path of my life,” Mary said. “He was always my better half and my biggest supporter.”

The two started a life together and were married for 47 years and eight months, eventually having a daughter Cindy Marie Gibbs and a son Tommy Harris.

They grew a love for their family and a love for traveling that lasted throughout their marriage.

They had planned to take several trips during retirement, but the cancer prevented a lot of those trips, eventually leading to them having to sell their fifth wheel camper.

“We did most everything as a couple which makes his loss for me extra difficult,” Mary said.

When his health took a turn, however, Mary tried to push out the negative thoughts and focus on being there for her husband, while also thinking about the incredible good he did with his life.

“I told our son Tommy and grandson Marshall, the best legacy to carry on his life was I never heard Phil tell a lie when there are times in life it might have been easier to do so, and to live an honorable, Christian life and lead by example,” Mary said.