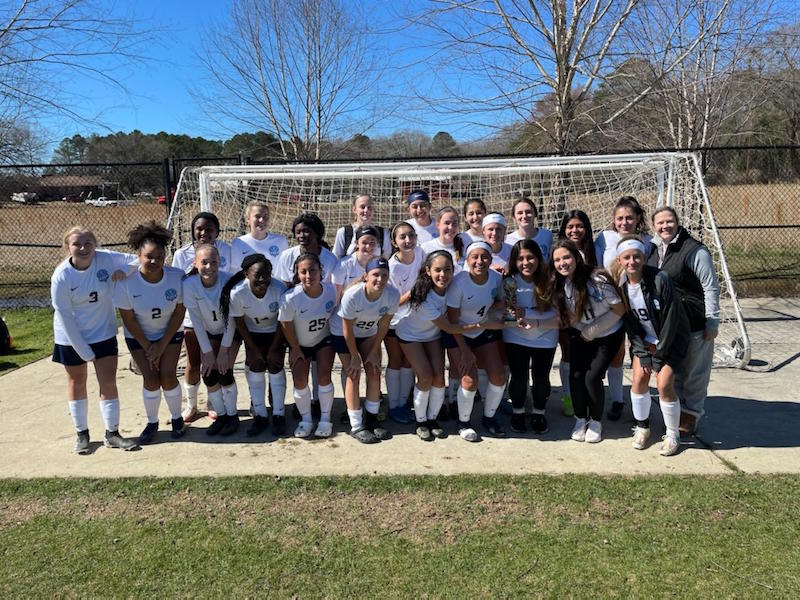 The Eagles, who entered with a 1-0-1 record through two games, put together an impressive stretch of play on both ends of the field throughout the tournament, scoring a combined 23 goals and giving up a combined two.

With that effort, they were able to edge out a crowded field of 10 teams that also featured county foe Pelham.

It didn’t come easily, however, as the Eagles needed every point they got on the 10-point scoring system, totaling 29 points, which was one more than Carroll Ozark in second with 28 points.

Calera finished just one point shy of a perfect 30 points at the event, and that was solely because of the two goals given up in the opening game against Class 7A Austin.

That, however, didn’t stop the offense from pulling away, as the Eagles scored six goals to start the tournament on a high note.

With confidence built following that win, Calera responded an hour later in its second game of the tournament with a dominant 10-0 win against Carver-Birmingham.

With that, they ended up needing just one more win and shutout to claim the championship, and they answered with just that. The Eagles came back a day later and closed out a special run with a 7-0 victory against Gulf Shores to claim the Bronze championship and improve to 4-0-1 on the season.

Through their first five games, the Eagles have outscored opponents by a combined score of 32-4.

As for Pelham, the Panthers didn’t have a bad showing, but they couldn’t find the necessary offense to pick up wins in two tight games.

They did, however, start with a 1-0 victory against Gulf Shores to open the tournament, which pushed their record to 4-0 on the season.

Later that night, however, Pelham matched up with Austin and couldn’t find a rhythm offensively.

That allowed the Black Bears to pick up a 3-1 victory, which gave Pelham its first and only loss of the season.

The Panthers came back a day later with a solid showing against Leeds, but couldn’t pick up a win in a tight game that ended with a 2-2 tie.

Pelham totaled 14 points, which put them in fifth in the division.

So far this season, the Panthers, who are now 4-0-1, have a combined score of 19-6 against opponents.