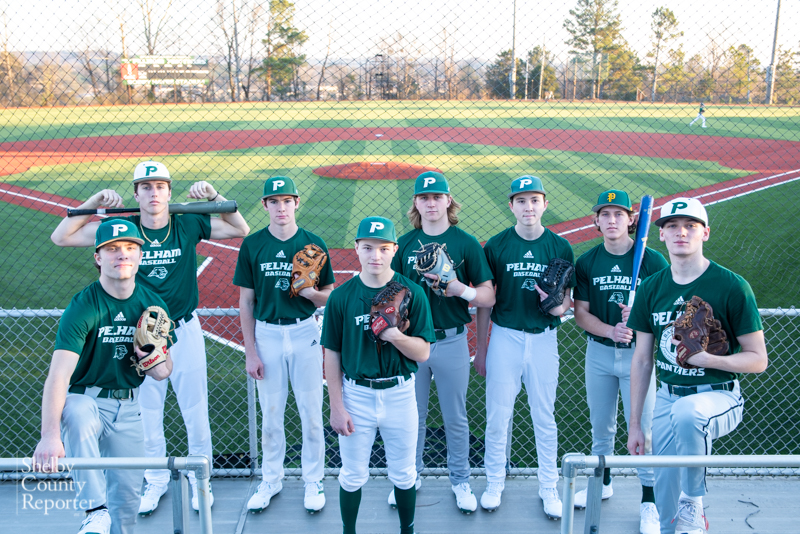 The Pelham Panthers played their first games of the 2022 season on their new turf field on Feb. 19 and walked away with two victories. (Reporter photo/Keith McCoy)

PELHAM – Taking to their brand new state-of-the-art turf field to open the 2022 season, the Pelham Panthers christened it with an undefeated start on Saturday, Feb. 19.

Taking on John Carroll and McAdory, the Panthers not only gave the field a 2-0 start to its tenure, but gave it a walk-off win in addition to a dominant 10-5 victory.

In the opener to the season, Pelham squared off against John Carroll and left no doubt, scoring at least one run in each of the first five innings to grab a 10-5 win

Pelham took a 1-0 lead in the bottom of the first and tacked on three more in the second to make it 4-0 early.

At that point, the Cavaliers were forced to play catchup the rest of the way.

They had a strong third inning, scoring three runs to draw within one run, but the Panthers’ offense couldn’t be stopped in the opener.

From there, a scoreless sixth inning and top of the seventh gave Pelham a 10-5 win.

The Panthers outhit John Carroll 7-4 in the game with Makei Griffith totaling three of Pelham’s seven hits. JD Wilkins and Logan Green each added three walks in the win.

The next game against McAdory, however, took a clutch finish from the Panthers to start the season 2-0.

Pelham took a 1-0 lead at the end of one and held that advantage for the first four innings of the game until the Panthers extended it by two more runs in the bottom of the fifth.

To that point, Wilkins had been dominant on the mound in his first start of the season.

In the top of the sixth, however, the Yellow Jackets were able to grab their first run of the game to draw within two.

After a scoreless bottom of the sixth, McAdory then came through with two clutch runs in the top of the seventh to tie the game.

The Panthers, however, were able to get out of the jam without allowing another run.

In a tie 3-3 game, that gave them a chance at the walk-off win in the bottom half of the seventh, and they capitalized.

Pelham started the home half with back-to-back singles from Josh Calvert and Wilkins, which quickly put a runner on third.

McAdory was forced to walk the next batter, which loaded the bases for pinch hitter Brody Watts.

He laced a single to right field that brought home Calvert for the walk-off 4-3 victory.

Wilkins and Calvert both finished with two hits in the win, while Chase Saul added two walks and two RBIs in the win.