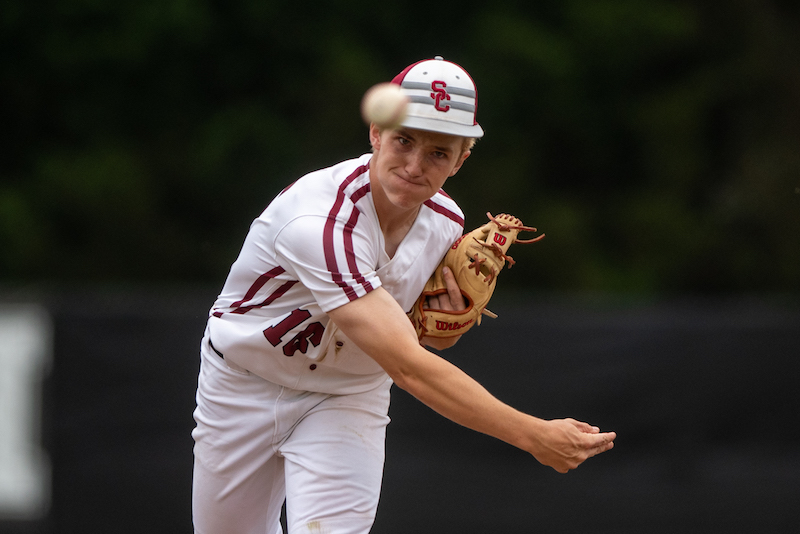 COLUMBIANA – Fresh off a special run to the quarterfinals of the Class 5A playoffs in 2021, the Shelby County Wildcats opened the 2022 season with a bang on Saturday, Feb. 20 with two 10-0 wins against county foe Vincent.

The Wildcats used 11 total hits between the two games to grab the wins, while their pitching staff allowed two in each game and totaled 14 strikeouts.

In the opening game of the doubleheader, the Wildcats struggled through the first two innings to score runs, but that changed quickly in the third inning.

In a 0-0 game, they put together six runs in the third to open up the scoring, which kick started a combined 10 runs between a two-inning stretch, as they came back with four more in the top of the fourth as well.

That was more than enough for Jacob Fox on the mound, who was flawless in his first start of the game.

Fox allowed no runs on two hits and struck out seven in the winning effort against the Yellow Jackets.

Offensively, Shelby County got five RBIs from Connor Aderholt and three from Matthew Pearson in the win, while Micah Morris led the team with three hits. Noah Reed and Aderholt each had one hit in the win as well.

In the second game of the doubleheader, the Wildcats took advantage of a fast start with three runs in the opening inning.

That gave Aderholt some cushion on the mound as the starting pitcher.

Shelby County then added some insurance runs for him in the third inning with the team’s second six-run inning of the day to put the Wildcats on top 9-0.

Aderholt finished out the inning on the mound and totaled six strikeouts in the winning effort.

Blake Jennings finished out the game on the mound and struck out one over the final two innings, completing the shutout effort.

Pearson led the Wildcats with two RBIs, while Morris and Aderholt finished with one each. Morris, Logan Starnes and Marshal Howell each had one hit as well.

Aiden Poe got his first start of the season on the mound for Vincent in the game. He went three innings and struck out four in that span.