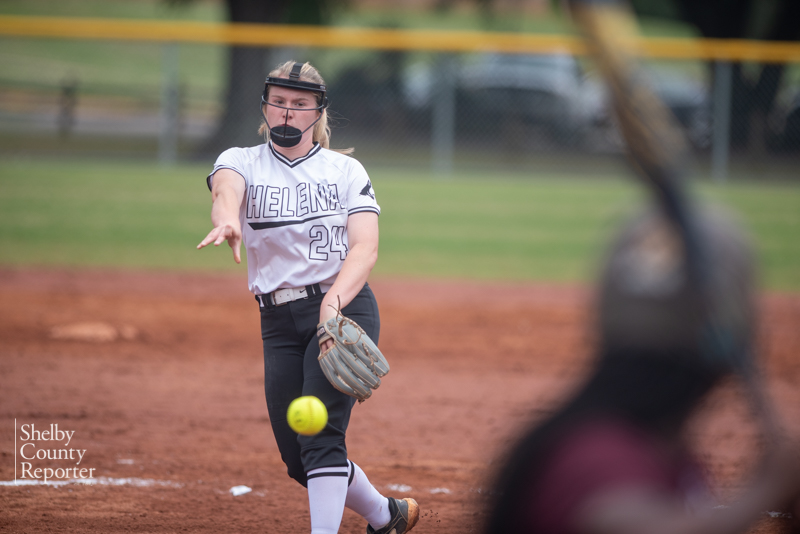 The Helena Huskies put together a 3-0-1 showing at the Thompson Round Robin to open the 2022 softball season. (File)

ALABASTER – The Helena Huskies couldn’t have asked for a better start to the 2022 softball season than what they got at the Thompson Round Robin Feb. 18-19.

Entering the event at Alabaster’s Veterans Park, the Huskies were confident fresh off a run to the state tournament as one of the final four teams left standing last year with several starters returning.

And their confidence showed in three wins against Gardendale, Brookwood and Mortimer Jordan, as well as a tie against Spain Park.

The first game for Helena actually was the tie against the Jaguars, who are considered one of the favorites as usual in the 7A classification.

Expected to be two of the best teams in the state again this year, the game was a tight battle throughout.

Spain Park struck first in the bottom of the first for the second game in a row, taking a quick 1-0 lead.

That became the only action offensively for either team over the first four innings of the game.

Both Camryn Bailey and Katherine Brown became locked in a pitching battle.

But like Bailey in the opening inning, Brown ended up giving up one run.

Down to their final chance in the top of the fifth, the Huskies came through clutch when Haley Morris had an RBI hit to bring home the game-tying run.

The Jags couldn’t capitalize in the home half, leading to the 1-1 tie.

Both pitchers went all five innings with Bailey striking out five and Brown striking out three. Helena had five hits in the game, while Spain Park was limited to one.

The Huskies were led by Presley Lively with two hits, while Morris had one hit and one RBI. Elise Dufour also had a big hit for Helena in the win.

That was Helena’s only game on Friday, as the Huskies came back the next day and settled in for three consecutive games.

It started with Gardendale, which put Helena’s offensive prowess on display for the first time.

The Huskies jumped out with a big first inning of five runs to take the early lead, only to have the Rockets respond with five runs in the top of the second inning.

Helena, however, came right back with three more in the bottom of the second to regain the lead at 8-5 and never looked back.

The Huskies didn’t allow another run in the final two innings, while they posted one more run in the bottom of the third to close out a 9-5 win.

Helena outhit the Rockets 9-5 in the game with Bella Holiday and Ann Marie Stanbridge leading the way with two hits each. Stanbridge also had a game-high four RBIs in the win.

Stanbridge pitched all four innings in the circle as well and finished with three strikeouts in addition to giving up four hits.

Helena followed that with another big game at the plate against Brookwood.

After falling behind 1-0 in the top of the first, the Huskies responded with two runs in the bottom of the first.

That lead didn’t last long, however, as the Huskies came right back with three in the bottom of the third, and like the game prior, they never looked back from there.

Helena added one more in the bottom of the fourth to finish off a 6-4 win, this time outhitting their opponent 7-3.

Holiday and Lively each had two hits to lead the way for Helena, while Alex Erwin led the way with two RBIs.

Helena then came back for the final game of the round robin and saved its best performance for last.

Taking on Mortimer Jordan, the Huskies scored three runs in the first to set the tone and added one in the second, third and fifth innings to polish off a flawless 6-0 shutout.

Bailey got the complete-game shutout win, striking out nine and giving up one hit.

Lively led Helena at the plate with three hits and one RBI, while Erwin finished with two hits and Holiday one hit. Bailey and Dufour also had one RBI each in the victory.