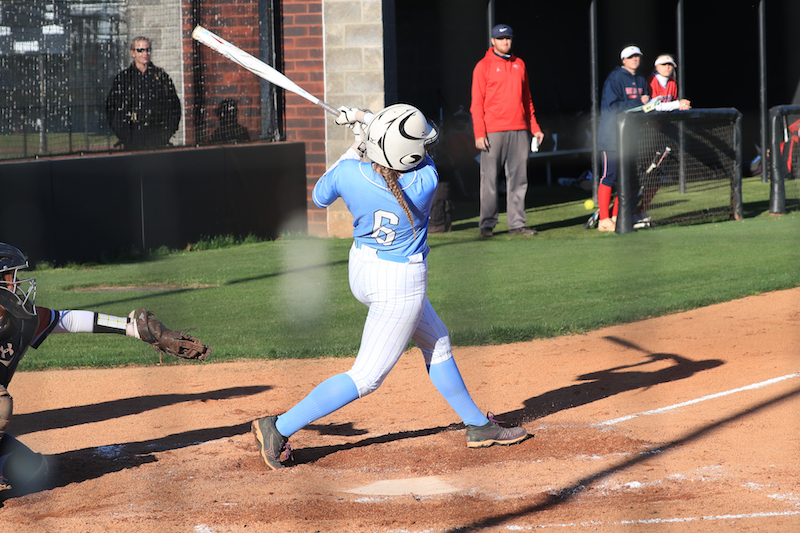 Spain Park opened the new softball season with a 3-0-1 record at the Thompson Round Robin event Feb. 18-19. (File)

ALABASTER – It was more of the same for the Spain Park softball team to open the season Feb. 18-19, as the Jaguars racked up three wins and no losses at the Thompson Round Robin at Veterans Park in Alabaster.

The Jaguars did finish with one tie against Helena, who returns most of its talent from a deep run to the state tournament last season, but the Jags won their other three games in impressive fashion against Chelsea, Calera and Brookwood.

In the opening game of the season against Chelsea on Friday, the Jaguars used a fast start and strong pitching to grab a 3-0 win.

They scored two in the bottom of the first for a quick 2-0 lead, which became more than enough with a strong outing from Ella Reed in the circle.

She pitched a complete-game shutout of four innings, giving up one hit and striking out three in that span.

The Jags tacked on one more run in the bottom of the third to complete the 3-0 win.

Spain Park totaled five hits and no errors compared to one hit and two errors from the Hornets.

At the plate, Katie Flannery was big for Spain Park with two hits, while Maggie Daniel added one hit and one RBI. Emma Jolley also had an RBI in the season-opening win.

Later that afternoon, the Jags matched up in a tough battle with Helena that went down to the final inning.

Spain Park struck first in the bottom of the first for the second game in a row, taking a quick 1-0 lead.

That became the only action offensively for either team over the first four innings of the game.

Both Camryn Bailey and Katherine Brown became locked in a pitching battle.

But like Bailey in the opening inning, Brown ended up giving up one run.

Down to their final chance in the top of the fifth, the Huskies came through clutch when Haley Morris had an RBI hit to bring home the game-tying run.

The Jags couldn’t capitalize in the home half, leading to the 1-1 tie.

Both pitchers went all five innings with Bailey striking out five and Brown striking out three. Helena had five hits in the game, while Spain Park was limited to one.

The Huskies were led by Presley Lively with two hits, while Morris had one hit and one RBI. Elise Dufor also had a big hit for Helena in the win.

Coming back a day later, Spain Park responded with back-to-back wins to close out the round robin.

The Jags started with a strong showing against Calera to kick off the day.

Reed pitched all four innings, finishing with a one-hit shutout and six strikeouts in the win.

At the plate, Blakley Watts led Spain Park with two hits and had one RBI, while Daniel finished with one hit and two RBIs. Flannery also added an RBI in the win.

Spain Park then finished the weekend off with a walk-off victory against Brookwood.

After the first few games featured strong pitching, the final game became about offense in a back-and-forth battle.

The Jags fell behind 2-0 in the top of the first but responded with four runs in the bottom half to take the 4-2 lead.

That didn’t last long as Brookwood came right back with five in the top of the second to quickly regain a 7-4 lead.

But the Jags answered again with three in the bottom of the second to tie the game.

Then, after holding Brookwood scoreless in the top of the third, the Jags finished off the game with a run in the bottom of the third, which was the final inning, giving them an 8-7 victory.

Flannery had a big game in the win, posting two hits and two RBIs to lead the way for the Jags, who finished the tournament 3-0-1.