Vincent softball jumps out to 2-0 start 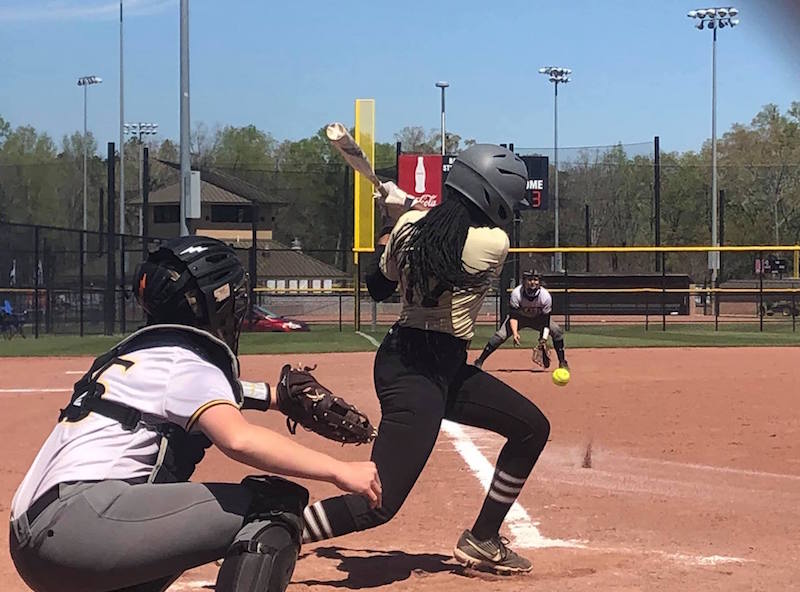 VINCENT – Following a 25-plus win season in 2021 and an area tournament championship, the Vincent Yellow Jackets opened the 2022 season on Saturday, Feb. 19 hoping to kick start a similarly successful year.

And they did just that in a 10-run wins against Victory Christian and a one-run victory against B.B. Comer on their home field to jump out to a 2-0 start to the new season.

Vincent was actually outhit by two in both games, but committed less errors throughout the day and played well late in games.

In the opener to the new season, the Yellow Jackets jumped out to a dominant lead early.

They tacked on one more in the bottom of the fourth to make it 13-1.

Victory Christian put together its best stretch of play in the top of the fifth and top of the sixth with five combined runs to cut the deficit to seven runs at 13-6.

Vincent, however, responded with a three-run bottom of the sixth to close out a 16-6 win.

The Yellow Jackets were led by Katie Vazquez at the plate with two RBIs, while Jacy Wallis also had a big day with five quality at bats.

In the circle, Brantley Chapman finished off a complete game giving up 11 hits and six runs while striking out eight in a season-opening win.

Following that win where Vincent played from in front the entire way, the Jackets were then forced to play from behind in the second game of the day against B.B. Comer.

Comer jumped out to a 7-0 lead through the top of the second before Vincent got on the board with a run in the bottom of the second.

The Yellow Jackets, however, found a rhythm at the plate in the fourth inning, which made the difference.

After two scoreless innings from Comer in the third and fourth, the Jackets put together a four-run fourth inning to draw within two runs.

B.B. Comer did respond with three runs in the top of the fifth to extend the lead, but Vincent’s offense was now in full swing.

The Yellow Jackets came right back with their best inning of the game in the bottom of the fifth, posting five more runs to tie the game at 10-10 heading to the sixth.

The Jackets then held Comer scoreless the rest of the way, while adding a run in the bottom of the sixth, which became the difference in an 11-10 victory.

Lela Beck was big at the plate for Vincent in the win thanks to three hits.

Chapman and Jakilah Norwood both had success in the circle, especially late.

Chapman pitched the first six innings and struck out five in that span. Her final inning was the scoreless top of the sixth, which became key. Norwood then got the save in the top of the seventh, striking out one to finish off the thrilling victory.