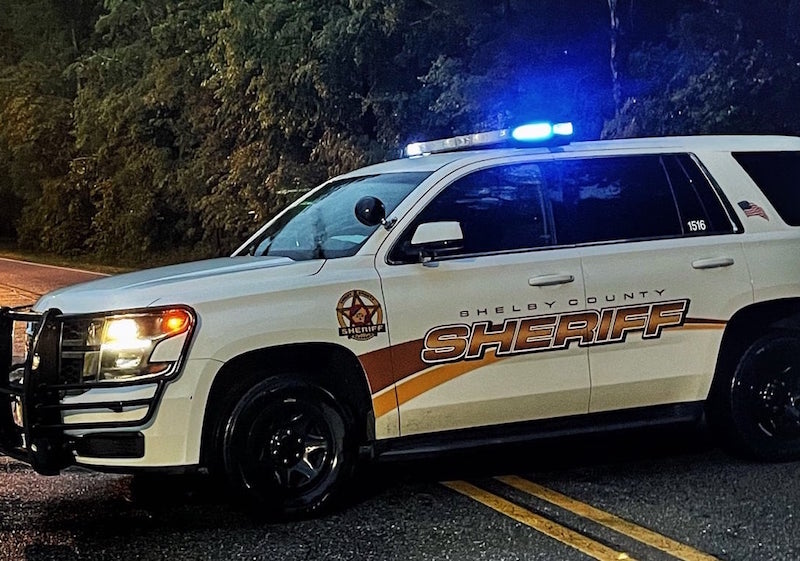 One person is dead and another has been seriously injured following a vehicle pursuit with the Shelby County Sheriff's Office on Tuesday morning, Feb. 22. (Contributed)

COLUMBIANA – One person is dead and another has been seriously injured after a vehicle pursuit with deputies from the Shelby County Sheriff’s Office early on Tuesday, Feb. 22.

The pursuit began at approximately 2:20 a.m. when deputies began their pursuit with a vehicle near Columbiana in south Shelby County.

The SCSO said that during the pursuit, a suspect vehicle with two male occupants wrecked on Shelby County 37, which is also known as Egg and Butter Road.

The wreck occurred near Verda Green Lane, which is midway between Columbiana and Shelby.

Following the pursuit and wreck, deputies discovered that one of the males in the vehicle was dead, while the other male occupant was found to be seriously injured and transported to a Birmingham-area hospital for treatment.

The Sheriff’s Office said that at this time, there is no evidence that the death or injuries of the occupants are a result of law enforcement using deadly force.

Members of the Shelby County Major Crimes Task Force have been asked to investigate the incident to determine what led to the death of one occupant and the serious injuries to the other occupant.

You can also submit an anonymous tip online by visiting Crimestoppersmetroal.com.