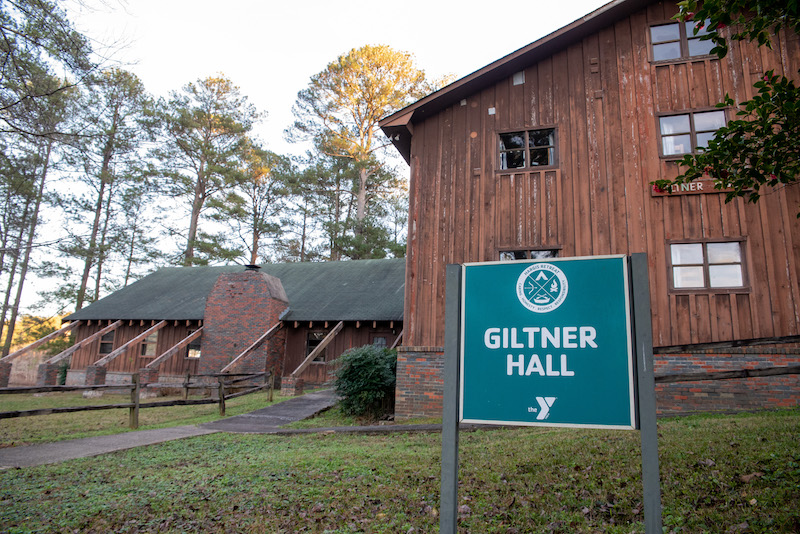 An event at Hargis Christian Camp on Saturday, March 19 will raise money for the camp’s preservation and renovation. The event will feature basic drills and demonstrations by Chelsea native and football long snapper Xander Echols and several of his teammates. (Reporter Photo/Keith McCoy)

CHELSEA – Xander Echols sees Hargis Christian Camp as a rare place of beauty and safety in a chaotic world.

As one of many people with fond memories from what was known for years as Hargis Retreat Center, Echols is also one of countless local residents involved in a widespread effort to preserve the Christian camp for future generations.

“Growing up in Chelsea, my sister and I both attended Camp Hargis,” Echols said. “So, when I heard what was going on and that it may be destroyed, I felt a hard pull at my heart to get involved in some way.”

Echols is referring to a situation dating back to 2019, when the YMCA of Greater Birmingham sold Hargis Retreat Center, located off Shelby County 280 (Old Highway 280) in Chelsea, to Eddleman Properties for $2.1 million.

When the Y announced the sale, plans called for the 2019 YMCA Summer Day Camp to be held, and then the program would officially end operations in August 2019.

But the concept of closing the camp did not sit well with many, including Aaron Knight.

Knight, who serves as pastor of Chelsea’s Redemption Church, decided that summer to lead an effort to save the camp.

Knight eventually met with Doug Eddleman, president of Eddleman Properties Inc., to discuss the possibilities for the property.

Knight threw himself into fundraising efforts, reaching out to local businesses for donations and partnerships.

Echols played football in Chelsea from first to 12th grade and became the first five-star long snapper in the state to be given a full athletic scholarship right out of high school.

“I now play for the UAB Blazers,” he said. “I know that God gave me a skill set that he intended for me to use. It’s not a skill that many people know anything about, but it is his gift to me.”

After talking with his dad and coaches, Echols reached out to Knight and told him he wanted to help—and he had an idea.

“I have been training other long snappers ever since I was in the ninth grade at Chelsea High School,” Echols said. “I have a passion to try and help people achieve their goals. So, I put together a plan to have a sports camp fundraiser to do my part in helping ‘Save the Camp.’”

On Saturday, March 19, Echols and several of his teammates will lead basic drills and demonstrations for kids.

The event, which will be held from 10 a.m. to 3 p.m. at Hargis Christian Camp, will also feature a classic car show.

“Sports teams, church groups and families will all have something to enjoy on that day,” Echols said. “The camp will be a non-contact-style event. It’s just something fun for the kids to come out and do to be active.”

All ages and ability levels are welcome, Echols said.

Admission to the event will be donations only.

More information about the camp can be found at Hargischristiancamp.org.

For Echols, the event is more than a fundraiser; it is a way of giving back to a place that has had a lasting impact on his and others’ lives.

“The first time I ever went was with a middle school group, and we spent the whole week there either doing kayaks or outside adventures,” Echols said. “It was separated from everything else going on in the world, a safe place to look more into yourself. I have too many good memories there, and others don’t need to miss out on it.”