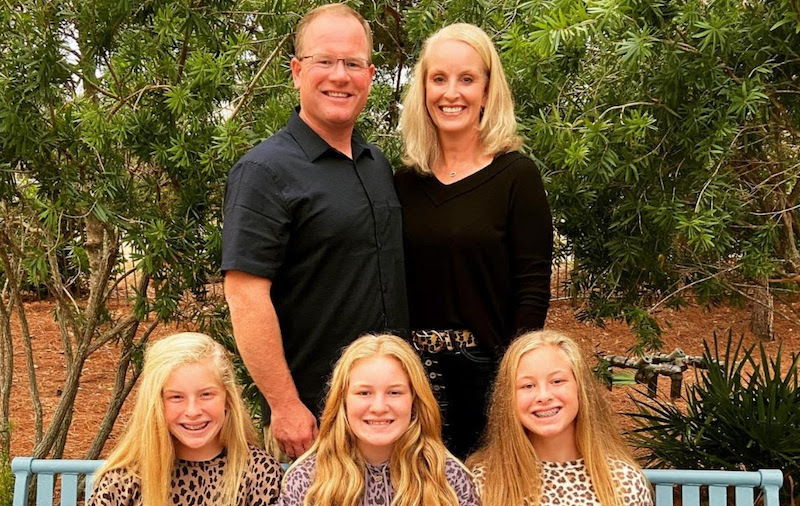 Luann Causey has been named the next head volleyball coach at Briarwood Christian School after spending time as the school’s junior varsity and freshman coach for several seasons. (Contributed)

NORTH SHELBY – A new volleyball coach has been named at Briarwood Christian School after former coach Hannah Josey stepped down at the end of this past season to be with her family, including a newborn.

On Wednesday, Feb. 23, the school announced that Luann Causey would be stepping in to take over the role as BCS head volleyball coach, and she’s no stranger to the program.

Causey has actually been part of the school and coaching staff since 2015 aside from a two-year break.

From 2015-19 and 2021-present, Causey has spent time as a teacher and coach of the junior varsity and freshman volleyball teams.

“I am most grateful for the opportunity to serve BCS in this position,” she said after being announced as the new head coach. “Volleyball has always been a significant part of my life and I love the game. I look forward to leading and sharing the sport that ultimately changed my life. Hard work is honorable and noble, and with that being said, I’m eager to hit the ground running with these young ladies.”

Briarwood Athletic Director Jay Mathews said he was excited for what she can bring to the table for multiple reasons.

“We are always looking for individuals who can help make us better in all of our programs,” Mathews said. “Coach Causey has already demonstrated in countless ways that she is going to help us improve in the weight room, in the classroom, in the film room, and on the courts. I’m so excited for her opportunity to help our female athletes improve as competitors in a way that glorifies Christ.”

After a successful high school career with a team that finished her senior season ranked fifth in the nation, Causey earned a scholarship to play volleyball at Troy University.

During her tenure at Troy, she became the program’s all-time assist leader—a record she continues to hold to this day.

Luann was also recognized as an Academic All-American, was named to multiple All-Conference teams, earned numerous Player of the Week recognitions and was part of multiple conference championships throughout her college career.

She has coached volleyball at all levels from college to elementary school as well as for a number of club teams over the past 25 years.

Causey is married to Tracey Causey and they have triplet daughters, Emory, Ellison (Ellie) and Elizabeth (Lizzie), who are 8th graders at Briarwood this year. The Causeys are members at Valleydale Baptist Church.

“We are so excited to welcome Coach Causey as our next head volleyball coach at Briarwood,” said Briarwood Director for Women’s Sports Sara Wilson. “She checks all the coaching boxes with her abilities both on and off the court, but most importantly, she will serve as an exceptional Christian role model for our athletes. She has already made a huge impression on the volleyball program this year, and we are excited to see her continue to raise the bar in the years to come. She will hold her athletes to the highest standards, and I believe we will see our program soar to new heights in a short period of time.”