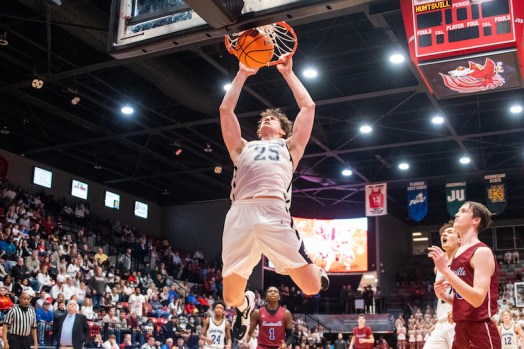 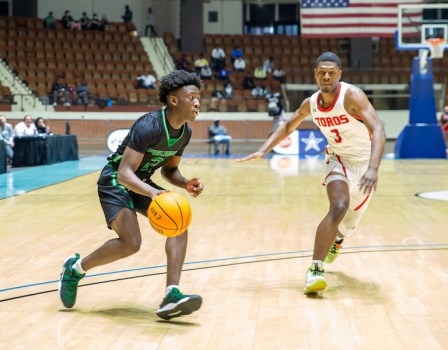 Two local basketball stars will get the opportunity to play in one last game as All-Stars.

Both Pelham’s Michael “MJ” Jones and Spain Park’s Colin Turner were named to the Alabama All-Star team on Tuesday, Feb. 22.

The two seniors will be two members of a 12-man All-Star team that will go up against Mississippi in the 32nd annual Alabama-Mississippi All-Star basketball game on Saturday, March 12.

The game, which will be played in Hinds, Mississippi at Mississippi College will feature a boys and girls matchup of the top players from each state.

Jones, a senior at Pelham, spent four years in the county as a starter between two schools, including three at Montevallo. He then moved to Pelham to join Greg Dickinson, who trained Jones as a kid and coached him his first two years at Montevallo.

One of the leading scorers in the county all four years as a starter, Jones averaged close to 25 points per game as a senior, while adding in near four rebounds and assists in addition to three steals each game.

He helped lead Pelham to the Sweet 16 for the third consecutive year this season, while the Panthers also won the area championship.

Turner, who is still playing with Spain Park in the Final Four, has been a force in the post for the Jaguars for the last two years.

Last year, he averaged 10.8 points and 5.1 rebounds per game to help lead the Jaguars to the Final Four.

This year, he has taken on an even bigger role and has averaged near a double-double while leading the Jags back to the Final Four again.

Turner is currently committed to North Georgia for college basketball, while Jones is still undecided on where he will play at the next level with several offers to ponder.

Thompson head coach Dru Powell will also be part of the three-man coaching staff as an administrator for the team.

Last year’s boys game was a thrilling battle to the finish with Mississippi winning 93-91. Alabama holds a 16-15 edge in the all-time series.