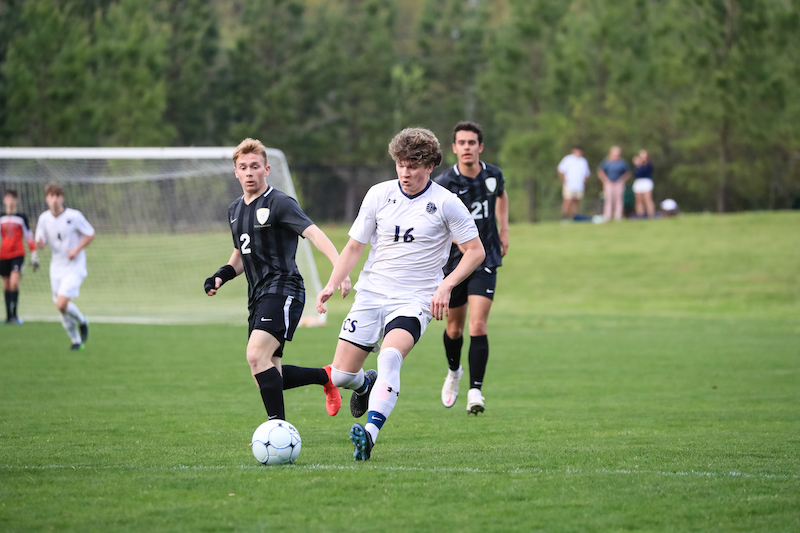 Briarwood’s boys and girls soccer teams have hit recent winning streaks to start the 2022 season off on the right foot. (File)

Following losses in their opening games to the 2022 season, both the Briarwood boys and girls soccer teams have responded in recent games with winning streaks.

The boys have won four consecutive games and six of the last seven, while the girls have now won three games in a row to improve to 3-1-1 on the season.

With both competing in arguably the toughest area in the state, which includes Chelsea, Homewood and Mountain Brook, the win streaks came at an important time as area play looms.

In both the boys and girls Class 6A top 10, Briarwood sits just outside the top five at 7 and 6, respectively, while Chelsea, Homewood and Mountain Brook sit inside the top five of both polls, including Homewood No. 1 and Chelsea No. 2 in both.

Briarwood’s recent play, however, has been on par with both thanks to the winning streak.

The boys, who lost their opener to the season 4-0, have since responded with a strong stretch in the last seven.

After that loss, the Lions bounced back quickly with two wins at the Lakeshore Shootout, taking a 1-0 victory against Northridge and a 4-1 win against St. John Paull II.

Briarwood had another loss by a final score of 3-1 to Daphne on Feb. 10, but the Lions have since responded with four in a row.

The Lions’ defense has been a big reason for that success, giving up one goal or less in the last four matches, including three consecutive shutouts.

Two of the wins came against St. Luke’s Episcopal School by scores of 4-1 and 2-0.

Briarwood then followed that with a hard-fought 1-0 victory against county foe Calera on Feb. 18.

Following a week off, the Lions posted their fourth win in a row and third shutout in a row against Westminster at Oak Mountain on Friday, Feb. 25 in a 3-0 win to improve to 6-2 on the season.

As for the girls, they have had one of the toughest schedules in the state early in the season, taking on Auburn, Vestavia Hills, Daphne, Helena and Thompson.

Following those two games against top-five opponents who sit a classification higher than the Lions, Briarwood responded with a stellar stretch.

Similar to the boys, the defense highlighted it, as the Lions gave up one combined goal over the next three games to pick up wins against Daphne, Helena and Thompson.

Against Daphne, Briarwood grabbed a 3-1 victory before then posting back-to-back shutouts more than a week apart in a 3-0 win against the Huskies on Feb. 15 and a 2-0 shutout against Thompson on Feb. 26.

The girls have now posted two shutouts in a row and three in their last four, while they have given up one combined goal in the last four matchups to improve to 3-1-1 on the season.