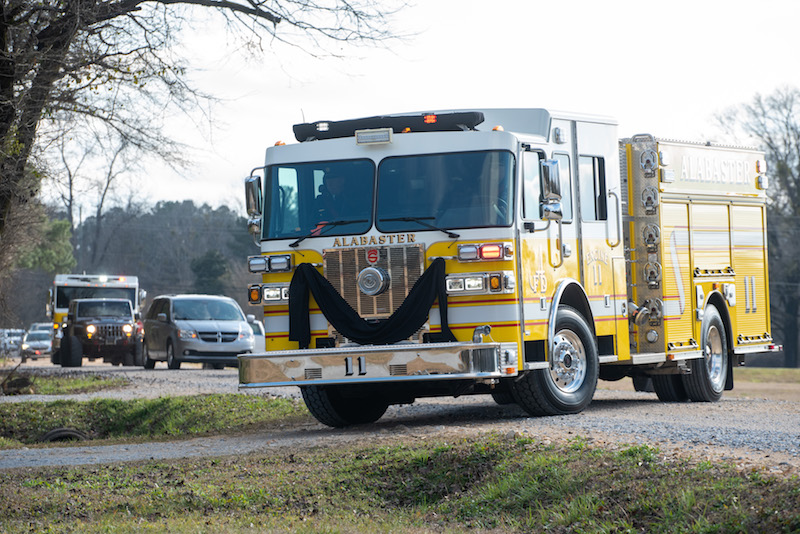 Some people have a gift for making connections with others in each facet of their lives, and Phil Harris was one of those people.

Harris passed away on Saturday, Feb. 12 after a two-year battle with mesothelioma, but his legacy of service to the community endures.

A former Alabaster firefighter, Harris helped countless people throughout his career, but he also made a point of sharing his faith and striving to be the best husband he could be to his wife of 47 years, Mary Harris, and a loving father to their children.

Phil attended UAB and went through paramedic training, earned his degree and began working at Alabaster Fire and Rescue in 1985, where he completed 28 years of honorable service before retiring.

“He led by example and could be found, even after he became a lieutenant, out washing the trucks with his crew,” Mary said. “One of his proudest accomplishments after he was made fire inspector was in his 10 years in that position, the city of Alabaster did not have even one business fire due to his diligence in making sure the businesses did what was required to see there was no loss of life or property during his tenure.”

Mary described Phil as the love of her life, a man well-liked by people he knew from high school, his church softball team, the fire department and anywhere else he had invested his time.

“I told our son Tommy and grandson Marshall yesterday, the best legacy to carry on his life was I never heard Phil tell a lie when there are times in life it might have been easier to do so, and to live an honorable, Christian life and lead by example,” Mary said. “He loved the Lord, and his Harris family for over 200 years were known for being of the Baptist faith.”

Phil’s faith was so important to him that when he asked his longtime friend Billy Collum to officiate at his funeral, Phil asked Collum to share two messages, one of which was about salvation of the soul.

“You can pay him no greater honor than to listen to his messages,” Collum said in part to those at the service. “It’s up to you. No one can do it for you.”

Along with his faith and his career, Phil was devoted to Mary, who has served as Shelby County’s circuit clerk for many years.

“He was always my better half and my biggest supporter,” Mary said.

And that’s exactly how Phil Harris will be remembered by many in this community: as a supporter with a servant’s heart.

Hoover has interesting decision to make