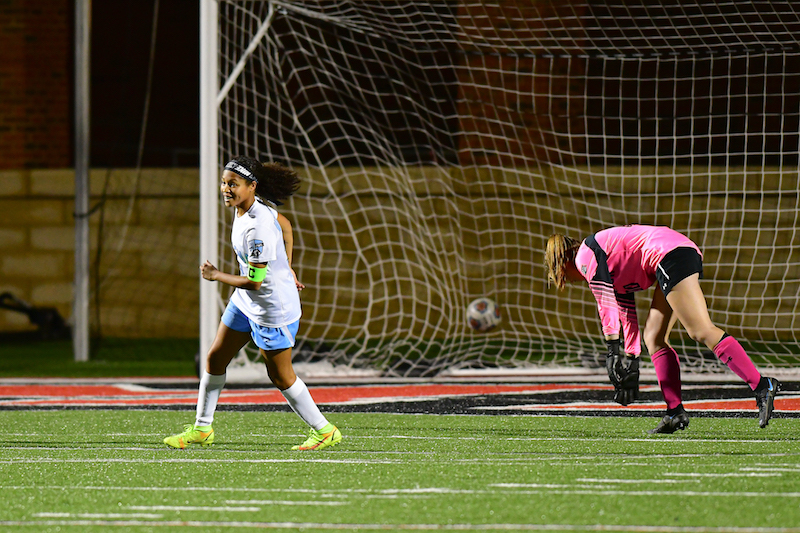 MILLBROOK – The Helena boys and girls soccer teams grabbed road wins on Friday, Feb. 25, as both traveled to Stanhope Elmore.

The boys were looking to keep a win streak going, while the girls were hoping to get back on the right track following a 0-2-2 stretch in their last four games and a 2-4-2 start to the season.

Helena’s girls, who were coming off a difficult stretch against Briarwood, Fort Payne, Florence and Thompson, used that challenging schedule to their advantage against the Mustangs.

A team that had seen each loss come by three goals or less, including two by one goal, as well as two hard-fought ties, the Huskies came out confident against Stanhope Elmore and it showed from the start.

With that, the Huskies were able to notch their second mercy-rule victory of the season in an 11-1 victory against the Mustangs, which matched their output in an 11-1 season-opening win against Montevallo on Feb. 4.

The boys had a more challenging matchup against the Mustangs, but with a four-game win streak heading into the matchup, the Huskies used that as fuel in the second half to will them to victory.

After battling to a 1-1 game at the halftime break, Helena came out in the second half and scored two unanswered to grab a 3-1 victory and improve to 7-3-2 on the season.

The three goals were scored by James Solorio, Cesar Gonzalez and Cade Shannon, who celebrated his birthday.

Helena started the season 2-3-2 through the first seven games of the season, but the Huskies have since turned a new leaf on both ends of the field.

In their last eight matches, the Huskies have given up two goals or less.

The offense lagged behind at first, leading to a 2-0 loss to Mountain Brook and a 1-1 tie against Sparkman, but then the Huskies started to feed off of the stellar defensive play.

It led to three consecutive wins on Saturday, Feb. 19 to claim the Falcon Fest and has been followed now by a 4-1 win against Spain Park and the 3-1 victory against the Mustangs.