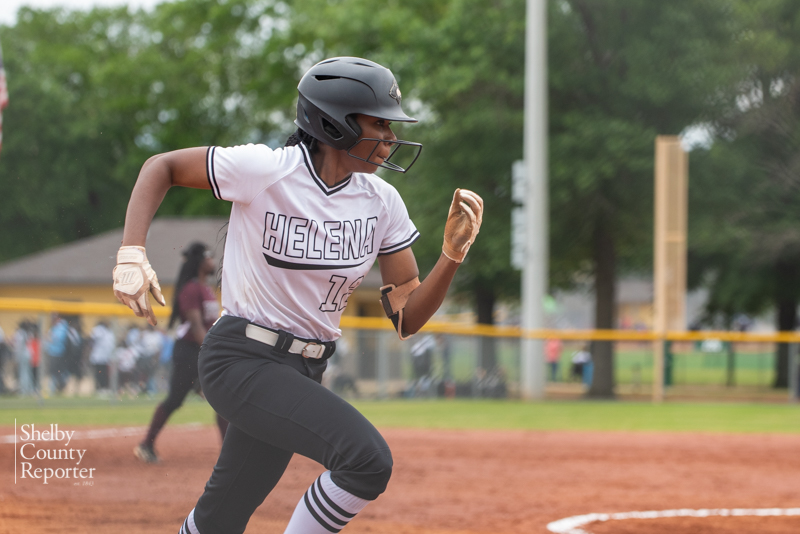 The Helena softball team went 3-1 at the Patriot Classic Feb. 25-26, which featured some of the state’s top teams. (File)

TUSCALOOOSA – The Helena Huskies put together a second consecutive impressive weekend to kick off the 2022 softball season Friday, Feb. 25, through Saturday, Feb. 26.

Competing in the Hillcrest-Tuscaloosa Patriot Classic in Tuscaloosa fresh off a 3-0-1 weekend at Thompson’s President’s Day Invitational and a 4-0 win against Corner on Tuesday, Feb. 22, the Huskies continued an impressive stretch.

They ultimately fell short against Curry 3-2 to miss out on a chance at the semifinals, but the Huskies finished the tournament with three wins against Gulf Shores, Hamilton and Sipsey Valley before that loss.

In the opening game of the tournament against Gulf Shores, the Huskies rolled to a 7-1 victory behind multiple runs in each of the first three innings.

They scored two in the first, three in the second and two in the third to total their seven runs, while the Dolphins could only manage one run in the top of the first before going scoreless the next three innings.

Cam Bailey was a big reason for the success with a dominant effort in the circle for Helena. She not only picked up the complete-game win, but she struck out 11 and allowed just one run on two hits.

Helena fell behind after the top of the first again in the second game against Hamilton after giving up two runs.

From there, however, it was all Huskies.

They quickly answered back with two in the home half of the first before tacking on one in the second and third to grab a 4-2 win.

Ezekiel was big in the win with a 2-for-2 game featuring two RBIs, while Holiday, Bailey and Allie Graydon each had one hit. Mary Beth Allen also had an RBI in the win.

The Huskies then put together their best game of the tournament against Sipsey Valley with a dominant 10-1 effort.

They never trailed, scoring one in the first, five in the second, one in the fourth and three more in the top of the sixth to finish off the win.

Amelia Powell got the start in the circle and was just as dominant as the rest of Helena’s pitchers were for the tournament. She got the complete-game win, allowing one hit and one unearned run, while striking out nine.

At the plate, Ezekiel had a three-run home run to set the tone offensively, while Powell led the way with two hits and an RBI. Holiday, Lively and Bailey each had one hit and one RBI in the win.

In the quarterfinal game against Curry, neither team could get traction early with five consecutive scoreless innings.

In the top of the sixth, however, Curry swiftly changed the tune with a three-run inning.

Helena had a chance to answer and looked to have a strong shot after a two-RBI triple from Bailey made it 3-2 with one out and a runner on third.

A pop out and a strikeout, however, stranded Bailey at third in a 3-2 loss.

Bailey led the way at the plate with her one hit and two RBIs, while Holiday, Lively and Ezekiel each added one hit. Bailey also struck out 11 in the circle and allowed four hits and two runs, one of which was earned.