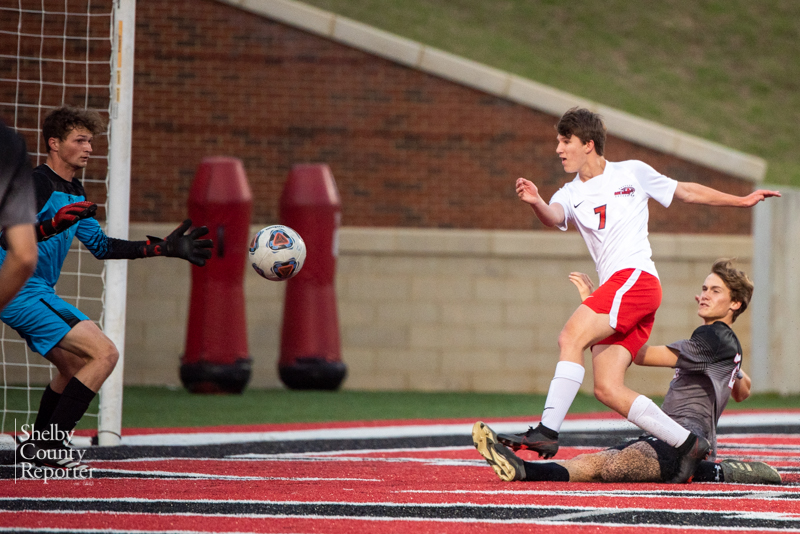 Oak Mountain’s boys and girls soccer teams started area play 2-0 with wins against Tuscaloosa County and Thompson during the week of Feb. 21. (File)

Following back-to-back road games, the Oak Mountain boys and girls soccer teams are sitting at 2-0 in area play and in the midst of a strong start to the 2022 season.

With both ranked inside the top five of their respective rankings early in the season, the girls have yet to lose a game this season, while the boys have now won four straight.

The two continued those impressive stretches in consecutive area matchups against Tuscaloosa County and Thompson on Feb. 22 and 25, respectively.

In the first of those two matches against Tuscaloosa County, the Eagles were dominant from the start, scoring eight goals in the first half.

With an 8-0 lead at the break, they came back out in the second half and finished off a mercy-rule win with two more goals in the 10-0 shutout.

A few days later, the Eagles matched up with county and area opponent Thompson.

In more of a battle that saw the two teams match each other in the first half, Oak Mountain used a disciplined second half of play to grab a tightly-contested 3-1 victory for another top-10 win early in the season.

With that win, the Eagles improved to 2-0 in area play and remained unbeaten on the season with a tie against 6A No. 1 Homewood the only non-win on the schedule.

As for the boys, following a 2-0 start, they saw a stretch of two ties and two losses in four games.

Since a 2-1 loss to James Clemens, however, the Eagles have started to look like the team that started 2-0 with back-to-back shutouts.

The first of a four-game win streak came in an 8-0 win against Spain Park on Feb. 19, which came at the perfect time, leading into Oak Mountain’s first area game of the season against Tuscaloosa County.

Taking on the Wildcats on Feb. 22, the Eagles put together a second 8-0 shutout in a row to grab their first area victory.

The game got off to a slow start with a 2-0 Oak Mountain lead at the half, but the Eagles were just getting warmed up, as they came out with a six-goal second half to pull away for an easy 8-0 win.

That set the tone for an exciting area thriller against the Warriors on Friday, Feb. 25.

The two teams battled to a 1-1 tie at the end of regulation and overtime, which led to a shootout between the two.

In the shootout, the two teams went back and forth early, but after a made shot from Garrett Murphy and a miss from Thompson, Aidan Riley ended the game with another made shot for the Eagles to pick up the tightly-contested win.

A day later, the Eagles added to the win streak against Chelsea in a game that went into the half at 0-0.

Out of the break, however, Oak Mountain found a rhythm offensively with three goals.

With that and a continued dominance defensively, the Eagles were able to pull away for a 3-1 victory and their fourth consecutive win to improve 6-2-2.