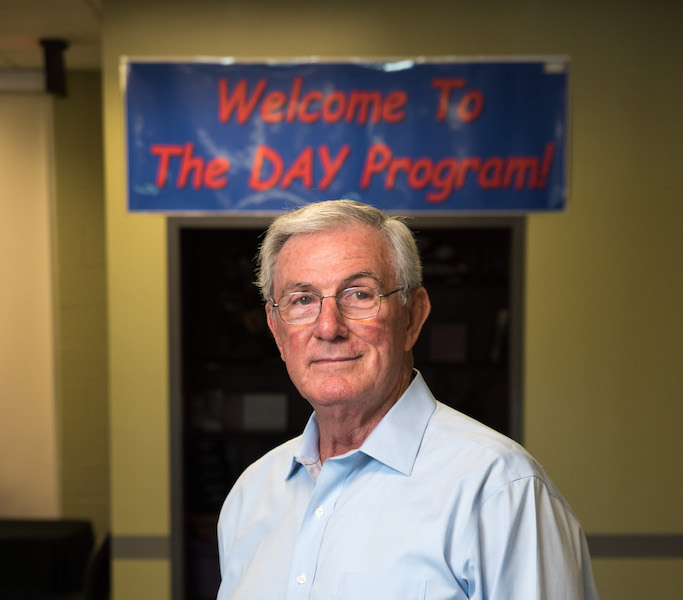 The Shelby County community mourns the loss of Neil Bailey whose friends and family said never failed to help those in need. (File)

HELENA – The seats of Helena United Methodist Church were full on Thursday, Feb. 24 as countless members of the Shelby County community came to pay their respects to a great man. Howard Neil Bailey died on Friday, Feb. 18, leaving behind a legacy of generosity that is scarce in today’s time.

A graduate of Thompson High School, Bailey represented the best of Shelby County. He was a member of Helena UMC for over 45 years and started Neil Bailey Insurance & Investments where he helped members of his community with financial assistance.

“He loved the business so much that he said he felt like he never worked a day in his life,” said his brother Warren Bailey. “He just got paid for something he loved to do.”

Warren said his brother credited his success in his business to the strong bonds he created with the people he represented. This was a common theme throughout Bailey’s life: building relationships with people.

Bailey’s life was rich with love and devotion to his blood family and his family within the community. He spent his 77 years on this planet devoting his time to helping those who needed it. Whether it was a monetary donation, helping with chores or just providing an ear to someone who needed to talk, Bailey made it his mission to provide support in whatever fashion he could.

“All of these programs were near and dear to his heart,” said Judge Patti Smith.

It was an inside joke amongst the people present of how humble Bailey was throughout his life, almost to the point of embarrassment.

“You know Neil: he did not like accolades,” Smith said to the crowd. “He shied away from any personal recognition and did his best to avoid the limelight. If you ever started to brag about Neil, he would give you that ‘Enough already’ look.”

Smith described Bailey as a “living and breathing part” of the DAY Program organization, as he stayed with the program for over 35 years. Smith said Bailey believed in the mission of the program, and he made it his mission to get to know the successes and struggles of the children involved.

“Neil brought to the program his remarkable skill of solving problems, he brought his boundless energy, his networking capabilities, his ability to think outside the box, and he always brought his own array of resources,” she said. “Neil didn’t just attend board meetings. He was constantly encouraging the directors and staff to communicate their needs to him, and then he would get busy making a plan to meet those needs.”

Smith recalled how Bailey would give each child in the program a $50 gift card for Christmas every year so the children could not only buy themselves a gift, but also their families.

He provided transportation for the children in the program and even got the board of directors to purchase a van to make it easier for children to get there. He provided scholarships for the children, seeking out an insurance company that matched dollar for dollar the money Bailey raised to provide scholarships for all of the DAY Program children. But Bailey didn’t stop there. He worked with the staff to track down all graduates of the DAY Program to make sure they were able to seek some type of further education.

“Neil said, ‘You know, some of these kids will never go to college, but they need to learn a trade or something that will help them learn a decent living,’” Smith said. “Neil made sure that happened.”

Bailey’s generosity and kindness touched everyone who encountered him, and Smith said everyone who knew him shared the sentiment that he was truly an exceptional human being.

“I can’t imagine how this earthly world will ever replace Neil Bailey,” said Kathy Miller, the executive director of the DAY Program. “He is the finest and most giving man I have ever known. I can’t explain how much he means to me…anyone who knows him is blessed by him. He’s witty, charming, intelligent, a man’s man and a true gentleman. Mr. Bailey is one of the reasons there is hope in the world.”

Warren told the congregation tales of growing up as Bailey’s brother, joking that as his younger brother he didn’t always receive the warmest of affections.

“He was a lot bigger and stronger than me, and he rationalized that my head would substitute real well for a punching bag,” he said smirking. “One day I made him a punching bag of a big sack of horse feed. That did the trick most of the time.”

Looking past the jokes, the love Warren felt for his brother was palpable. Warren told of several instances where his brother would pay insurance premiums out of his own pocket for clients that were unable for whatever reason able to pay themselves. His kindness even extended outside of the office, as he would frequently help clients with projects that they either were unable to complete themselves or were confused by.

“If he were here today, he would say, ‘What have you done lately for the church or for a child in need or for the community? What have you done?’” Warren said. “He always had my back through thick and thin, even when I didn’t need it or deserve it.”

His dedication to his family and the community was only outmatched by his dedication to God. Several present at the funeral described Bailey as a Godly man whose faith played a huge role in his day-to-day life, not just on Sundays.

Reverend Rusty Tate referred to him as “a generous giver of the church” and a hard worker.

“Neil has been a pillar for this church for many, many years,” Tate said. “He served in all sorts of ways, held virtually every office or position at one time or another, and he helped to make Helena United Methodist Church the congregation that it is today…he was a true friend to all of us.”