Briarwood downs Pelham, improves to 5-1 early in the season 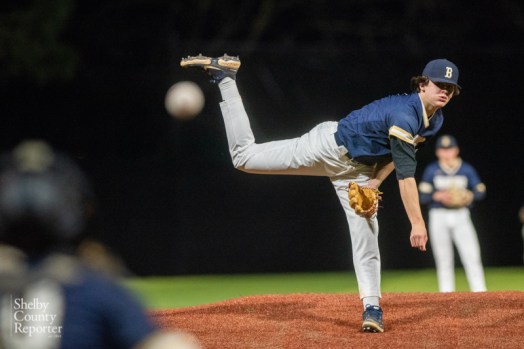 The Briarwood Lions were able to stave off a late comeback attempt from Pelham on Feb. 28 thanks to building a 6-0 lead. (Reporter photo/Keith McCoy) 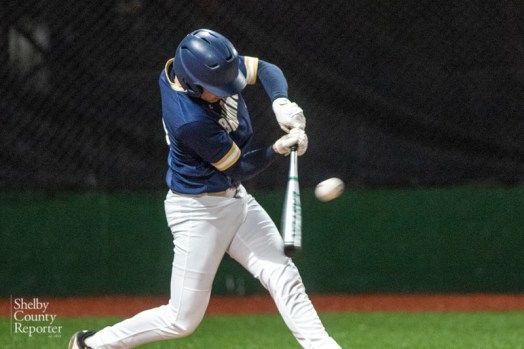 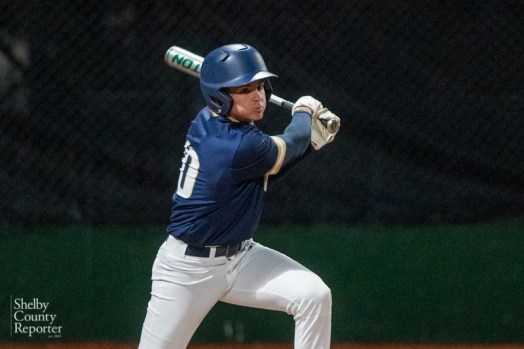 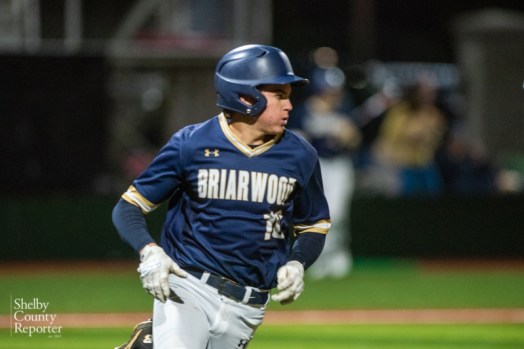 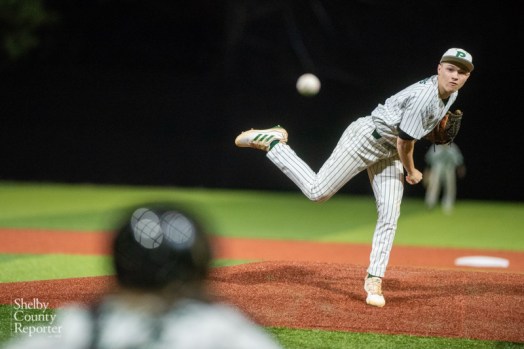 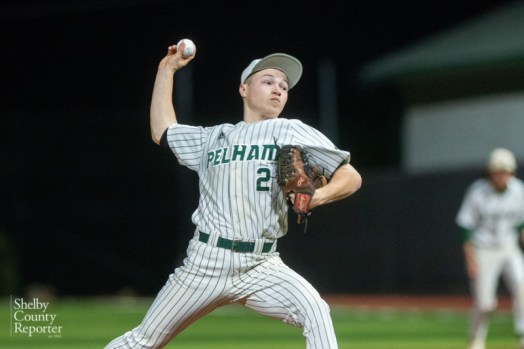 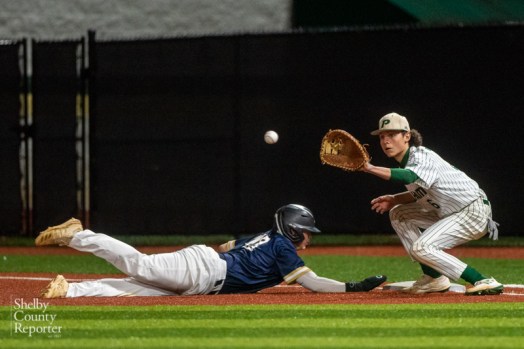 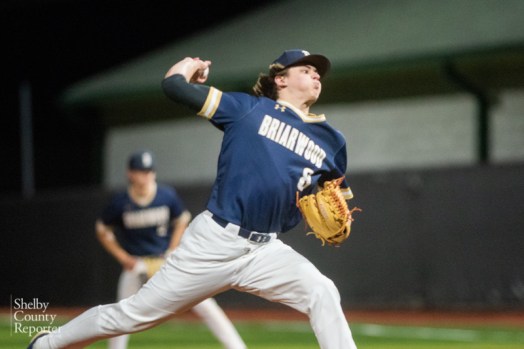 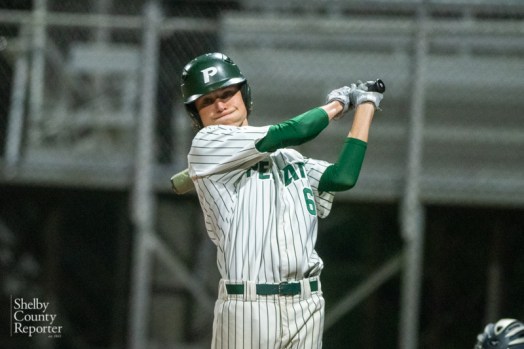 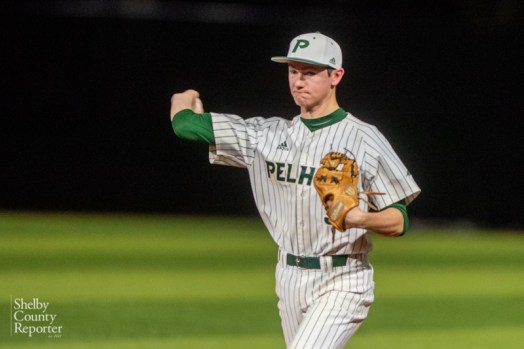 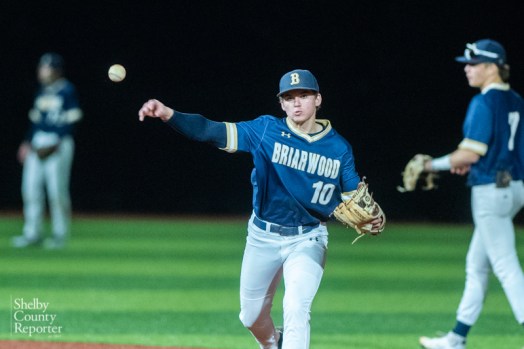 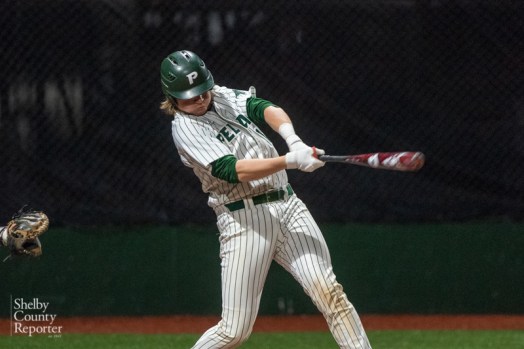 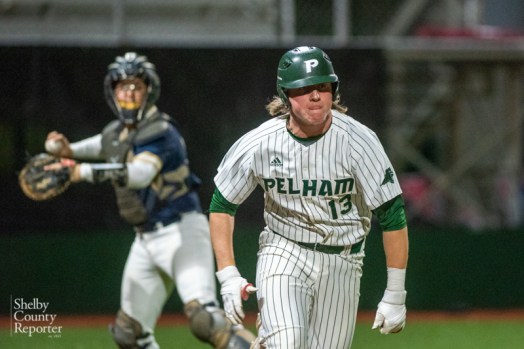 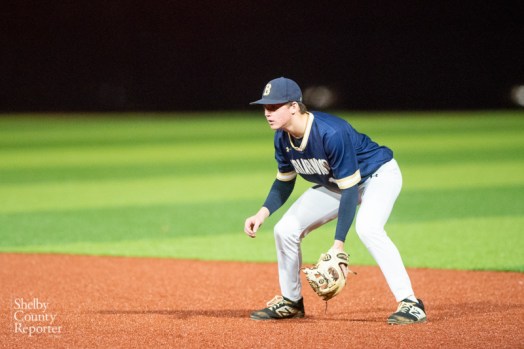 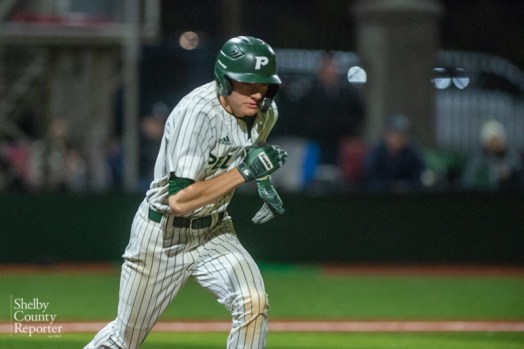 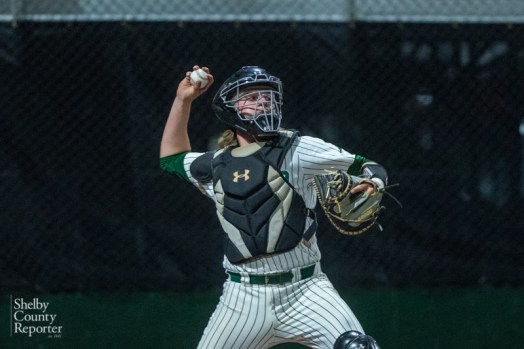 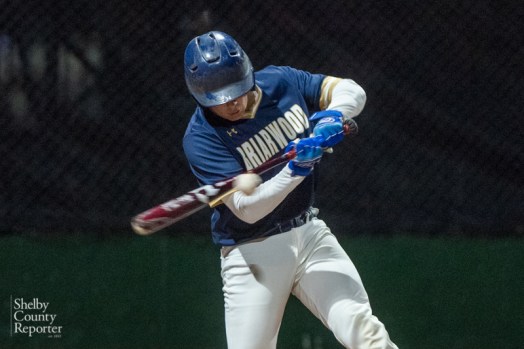 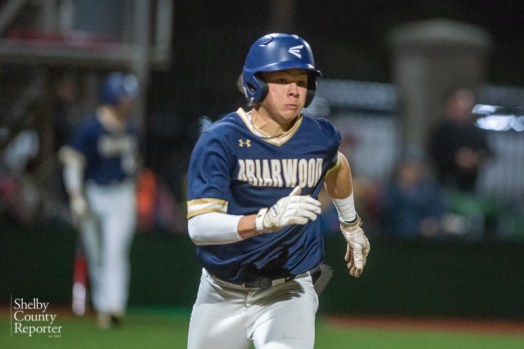 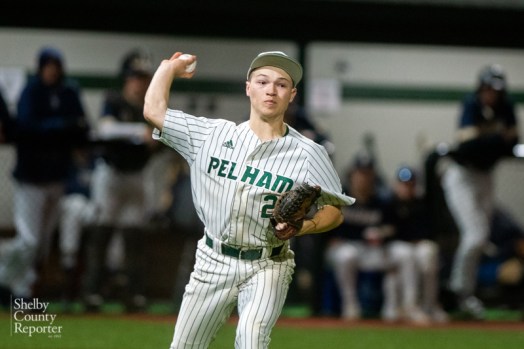 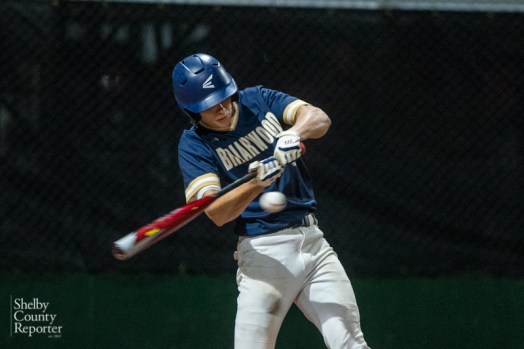 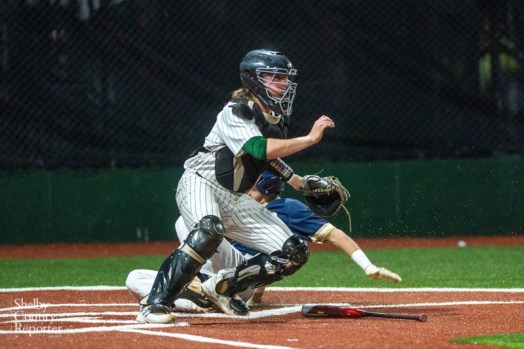 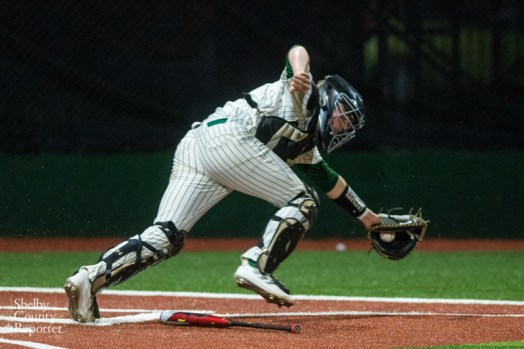 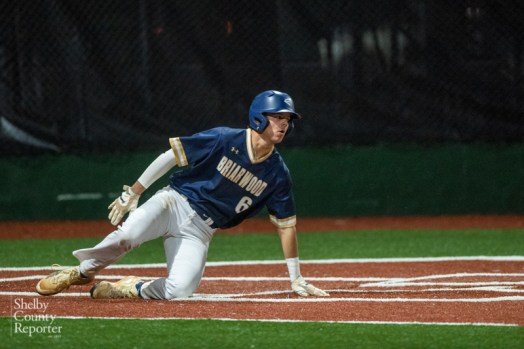 PELHAM – Thanks to building a 5-0 lead through six innings and adding an insurance run in the top of the seven, the Briarwood Lions were able to fend off a rally from county foe Pelham on Monday, Feb. 28 to improve to 5-1 early in the 2022 baseball season.

Briarwood entered the game off its first loss of the season in a 5-4 game against Leeds on Saturday, Feb. 26, but the Lions won their first four games by a combined score of 38-4 against John Carroll, Talladega and Leeds.

And taking on Pelham for the first of two games during the week, the Lions looked like that same team throughout on the way to a 6-3 victory.

The first three innings of the county battle came and went with little action and no runs.

That, however, quickly changed in the top of the fourth.

With one out, a double from Brady Waugh and a walk from Jonathan Stevens put two runners on before a second out was recorded.

Luke Sibley then stepped to the plate, and after a swinging through a first strike, he hit a line drive to right field that brought both baserunners home for a 2-0 lead.

That was followed by a scoreless fifth inning before Briarwood stepped back to the plate in the top of the sixth and tacked on three more.

Briarwood got aggressive, swinging at the first pitch in the first four at bats of the inning.

That paid off as Waugh led the inning off with a solo shot over the right field wall for the first run. Then, following a fly out, Cooper Higgins and Sibley strung together singles before a second out was recorded.

That set the stage for Charlie Martin, who drove both baserunners home with a double to right field that put the Lions in front 5-0.

Pelham again didn’t have an answer in the home half, as Drake Meeks and Samuel Burr were on point on the mound.

Meeks got the start and pitched the first five innings, allowing two hits and no runs with nine strikeouts, while Burr came in and pitched a scoreless sixth inning.

Briarwood used three walks and a single to kick off the top of the seventh, which brought home an additional run.

The Lions, however, did leave the bases loaded, which left the door open for Pelham heading to the home half of the final inning.

The Panthers ended up getting down to their last out with Burr still pitching before a rally began.

A single from Durbin Stewart and an RBI double from Logan Green brought home the first run of the inning.

That was followed by an error that allowed Chase Saul to reach safely and bring home another run.

A second error in a row then allowed Saul to score on a grounder from Josh Calvert.

Burr, however, got out of the jam by forcing a pop out on the next at bat to preserve the 6-3 victory.

At the plate, Waugh led Briarwood with a 3-for-4 game featuring an RBI, while Sibley went 2-for-4 with two RBIs. Martin added two RBIs on one hit.

Pelham got two hits from Chase Saul in the loss, while Bethers, Stewart and Green all had one hit each. Green had the only RBI for the Panthers.