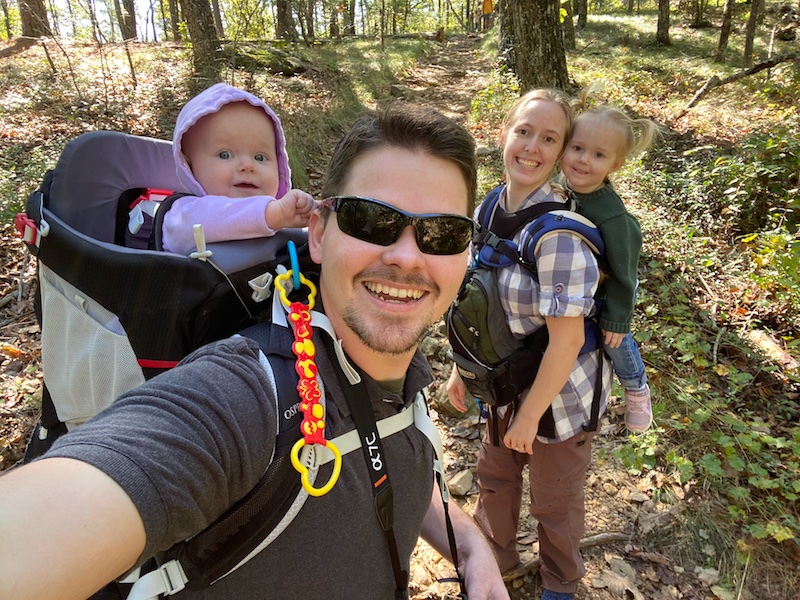 Jakob and Hayden Blankenship are the masterminds behind Discovering Shelby For Ourselves, an Instagram and Youtube account where they (along with their two children) visit local gems throughout Shelby County such as parks, trails and restaurants. (Contributed)

Jakob and Hayden Blankenship are the first to tell you how much they love Shelby County. The family, who reside in Alabaster, are so in love with the many cities that inhabit the county that they decided to share their local family adventures with the world through social media.

“Shelby County is the golden county of Alabama, in my opinion,” said Jakob. “We love our community, and we wanted to share that with people.”

It was this idea that formed Discovering Shelby For Ourselves, the title of the couple’s Instagram and Youtube accounts where they document their visits to local restaurants, parks, trails and other unique hotspots throughout Shelby County. Their first episode aired in November 2021, and since then they’ve received an almost overwhelming amount of positive feedback from fellow Shelby County residents who are happy to see their favorite spots being highlighted and appreciated.

“I’ve been doing video production for a long time, and we wanted to be more involved in the community and were looking for more opportunities to be involved in the community,” Jakob explained. “So, through some brainstorming over a couple of months and talking with other people, we came up with this idea to helping educate the people about what’s in their community and what all there is to do in Shelby County, because there’s a lot. There’s so much that people don’t know about and so many stories that are not told.”

Hayden added that it was a great way to get to spend time together as a family as their two daughters love joining their parents on their Shelby County adventures. They said their two-year-old, Atarah, always gets excited when they venture off to a new place.

Jakob and Hayden said their family enjoys outdoor activities together so they’re particularly partial to outdoor areas like Cahaba River Park, Buck Creek Park and Oak Mountain. While they have some places already on their radar, Jakob said their list of places to cover has grown considerably due to word of mouth suggestions.

“With the parks, we’re going in order of the Discover Shelby website,” he said. “It has all 50-something parks listed in Shelby County, so we started picking those and doing those in alphabetical order. As far as other places like restaurants, those are usually suggestions by people commenting or sending us messages that we should try. The mayor of Helena actually was the one who recommended we try The Depot, and we recently did an episode where we went there. We did Chubbfather’s, too. The owner of that place is a really great community guy in Alabaster, so we wanted to share his story because we knew he’d have a great story.”

While they of course want to cover popular, well-known places, Jakob and Hayden said they want to make sure they give coverage to lesser-known spots and locally owned businesses that may not get as much attention.

“We’re all about local people so that’s our main target area,” Jakob said. “We’re trying to tell their stories.”

The couple both agree that the people of Shelby County play a huge role in its depth and welcoming atmosphere.

“The people themselves have a lot to do with that,” Jakob said. “You can tell most of the people of Shelby County really care about their neighborhood and their community and just want it to be a nice place to live. It’s really just a beautiful county.”

“It just feels like home,” Hayden said. “I’m not sure if that’s because it’s just where I grew up or not, but it just always feels so warm and welcoming.”