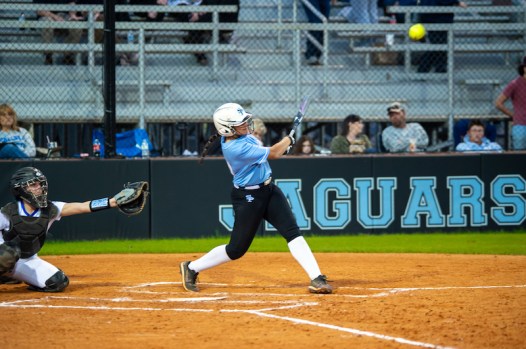 Spain Park took down Hoover and Chelsea on back-to-back nights to improve to 10-1-1 on the season. (For the Reporter/Larry Dancy) 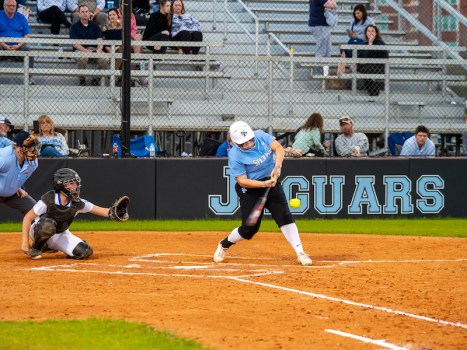 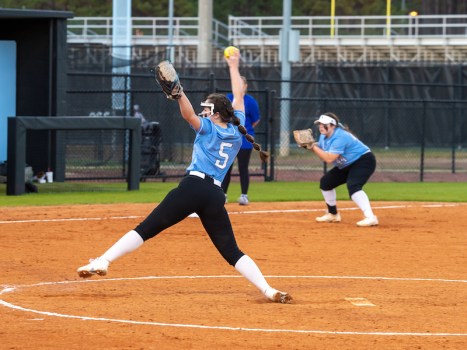 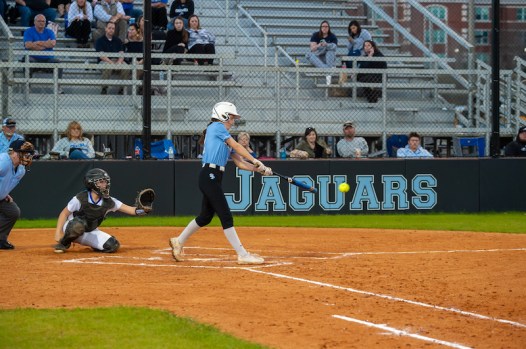 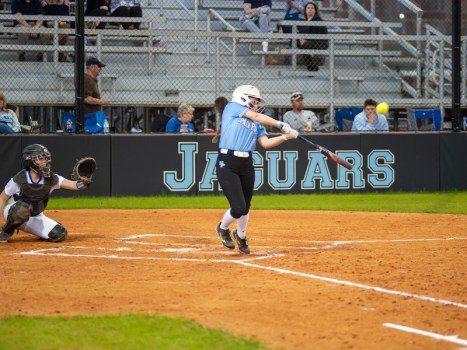 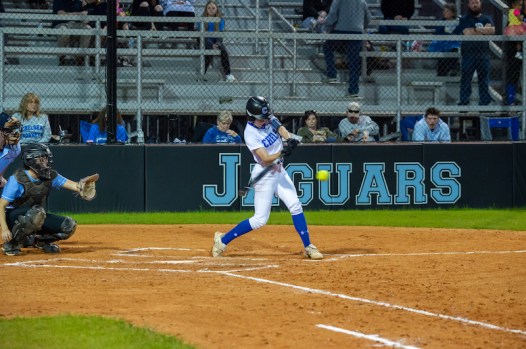 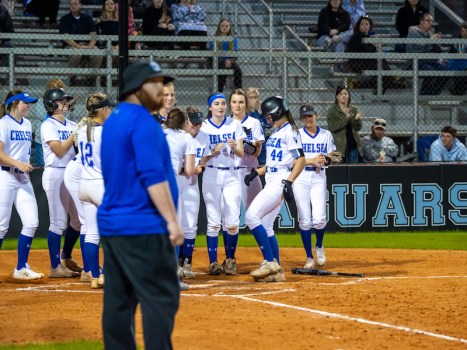 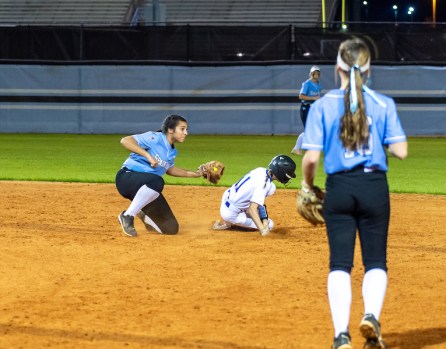 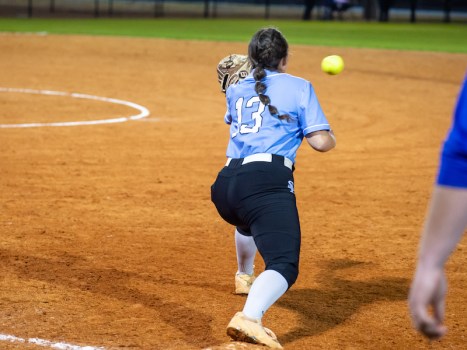 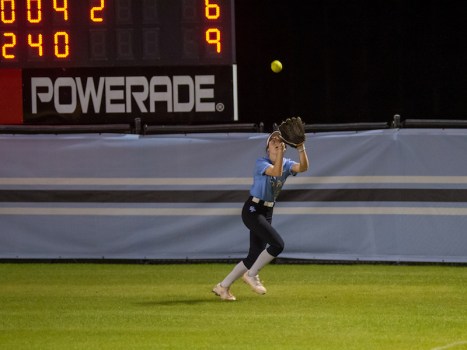 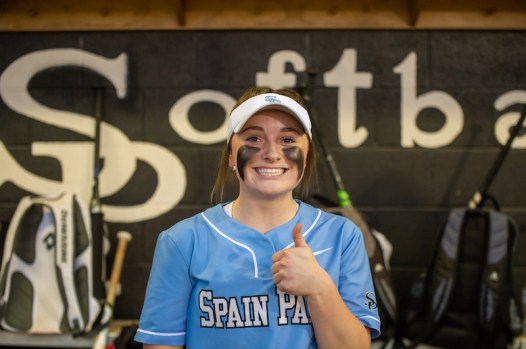 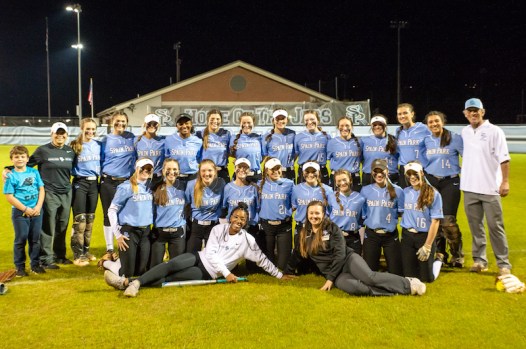 Since losing to Thompson on Thursday, Feb. 24, the Spain Park softball team has responded with seven consecutive wins, including the Leeds Greenwave Classic Championship and now wins against rival Hoover and county foe Chelsea in consecutive days.

Fresh off their tournament win, the Jaguars notched tight wins of 7-5 and 9-6 March 1-2 thanks to 23 combined hits between the two games.

Taking on crosstown rival Hoover first on Tuesday, March 1, the Jaguars stormed out to a 5-0 lead and held off a late comeback from the bucs to grab the two-run victory.

The Jags started big in the top of the first with back-to-back home runs from Katie Flannery and Maggie Daniel for an early 2-0 lead.

Those were the first two of three home runs in the first three innings of the game for the Jaguars, as a third came in the top of the third. Following singles from Emma Hawkins and Flannery then two outs, Charlee Bennett launched a three-run homer to extend Spain Park’s lead to 5-0.

Hoover’s scoreless stretch continued until the bottom of the fifth when the Bucs scored one run to cut into the deficit.

The Jags, however, got two crucial insurance runs in the top of the sixth with an RBI single from Blakley Watts and a bases-loaded walk to Bennett.

That made the lead 7-1, which became key as the Bucs scored two more runs each in the sixth and seventh.

Spain Park, however, got out of a jam in the home half of the seventh with back-to-back outs to cement the win.

Bennett led the Jaguars with four RBIs in the win, while Flannery and Watts each had two hits and one RBI. Emma Jolley added two hits, while Daniel finished with one hit and one RBI.

Reed also got the complete-game win in the circle, striking out six and giving up five runs on nine hits and three walks.

A day later, it was almost an identical situation against county foe Chelsea.

The Jags built a 9-0 lead through five innings, but they were then forced to hold on over the final two innings, as Chelsea scored six in that span to make it interesting.

Spain Park got the scoring started in the bottom of the first when Jolley and Hawkins reached on a single and walk, respectively.

That set the stage for Flannery, who doubled to right field to bring both runners home for a 2-0 lead.

After two outs were recorded, Bennett again made her presence known with an RBI single to drive home Flannery for a 3-0 lead through one inning of play.

After a scoreless next two innings, the Jags struck again in the bottom of the fourth with a two-out rally.

A double from Jolley led off the inning before the two outs were recorded. An error then allowed Flannery to reach safely and drive Jolley home.

Daniel then quickly brought her home with a double to left field to make it 5-0.

Then, an inning later, the Jags capitalized on their hot bats to put the game out of reach.

Hawkins then stepped to the plate and brought both baserunners home with a two-RBI triple to right field.

Flannery followed with a two-run homer over the left field wall to bring home two more and put the Jaguars in front 9-0 through five innings.

Chelsea put together its best response of the game in the top of the sixth with two singles, a triple and a two-run home run making it 9-4.

The Hornets then posted two more in the top of the seventh before an out was recorded.

Spain Park, however, responded by getting three of the next four batters out, as the Hornets left two on base in the final inning.

Katherine Brown pitched the first six innings and got the win, while Reed finished off the final inning to preserve it.