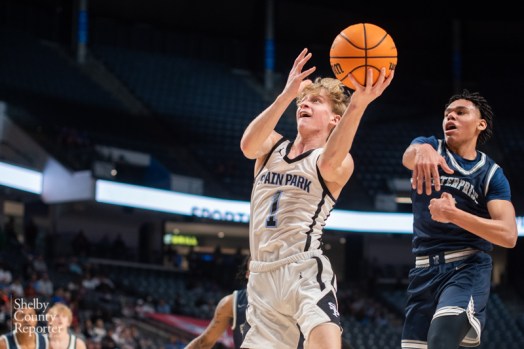 Spain Park's Josh Harrington finished his final game with 18 points and eight rebounds to cap off a special senior season as one of the team's key leaders. (Reporter photo/Keith McCoy) 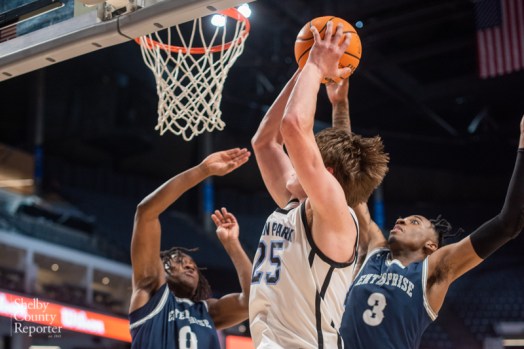 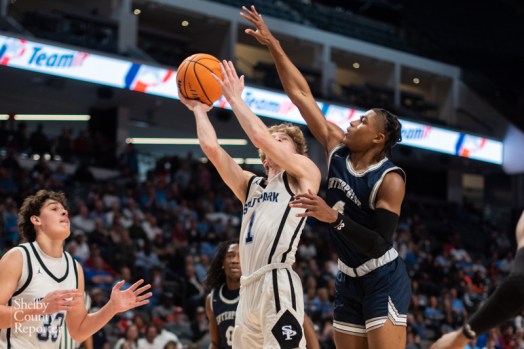 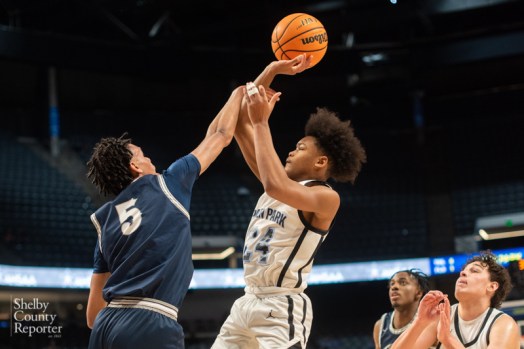 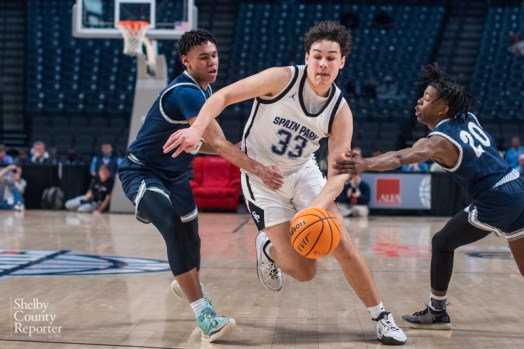 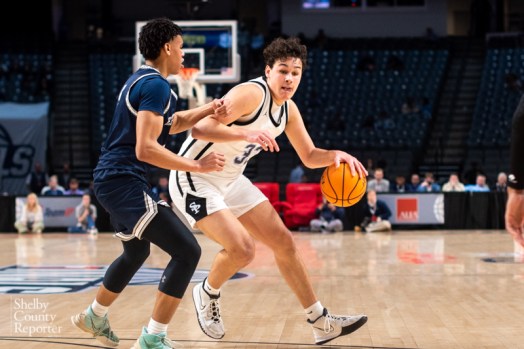 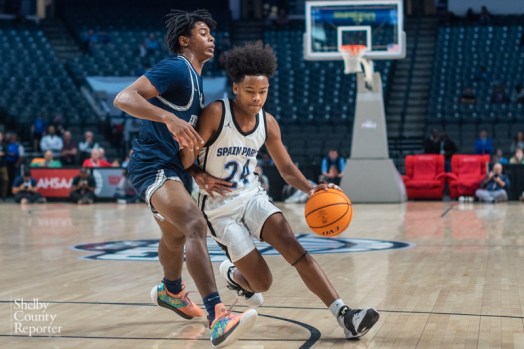 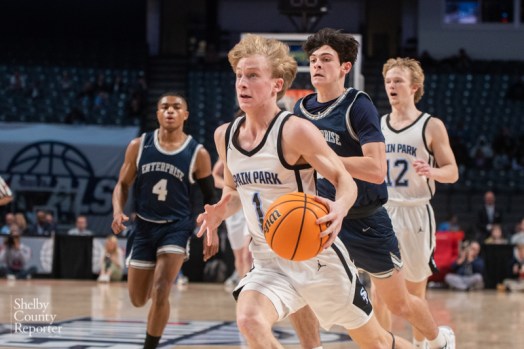 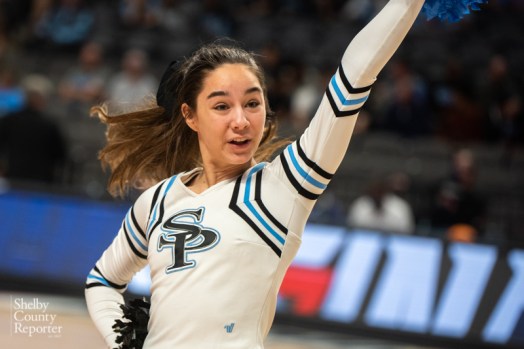 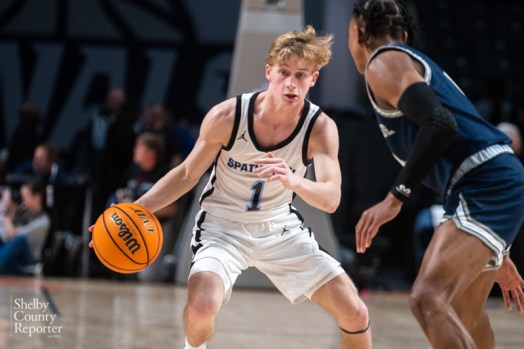 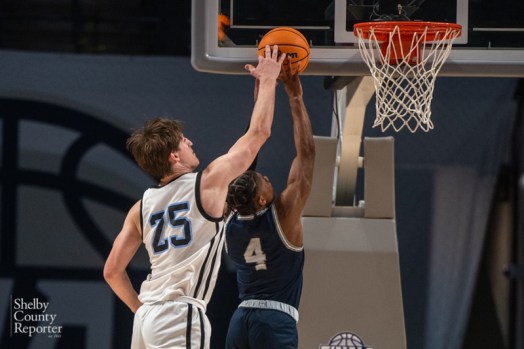 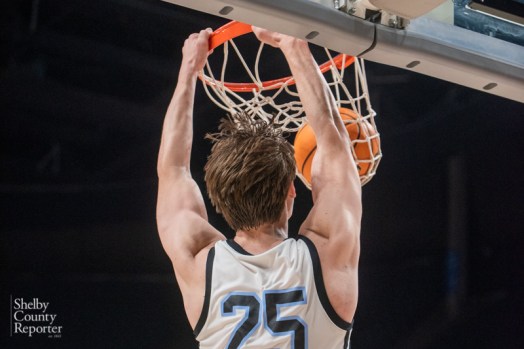 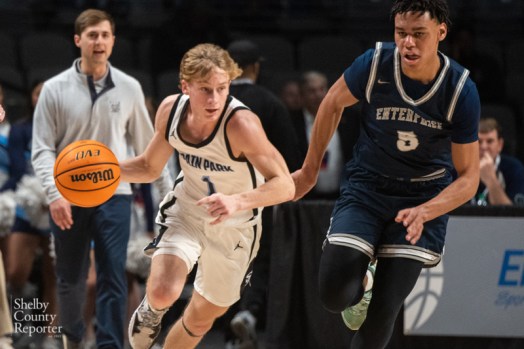 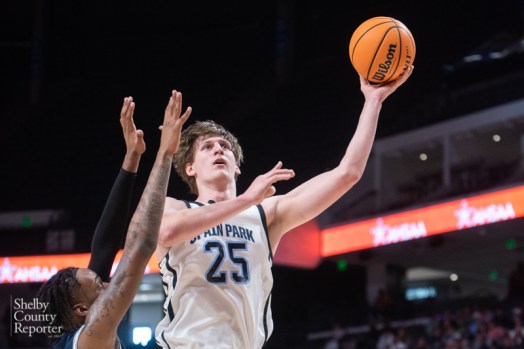 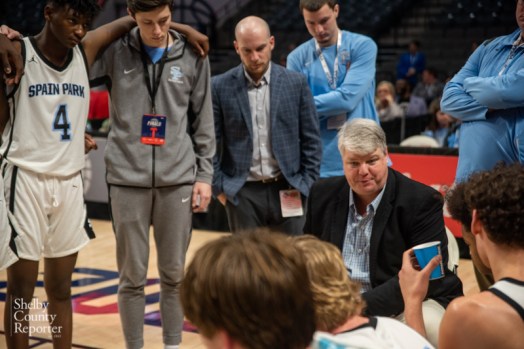 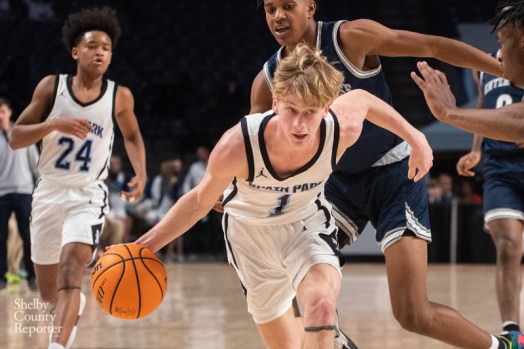 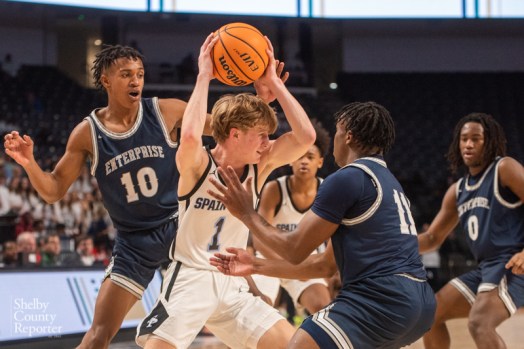 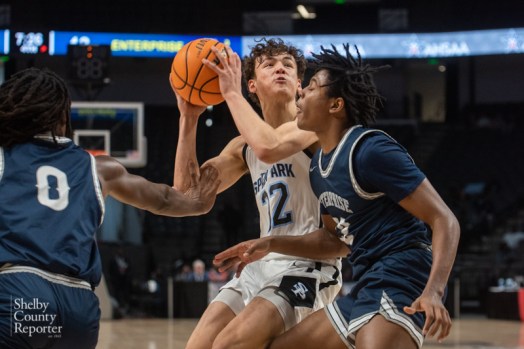 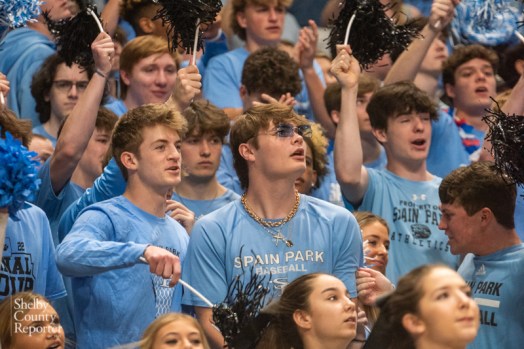 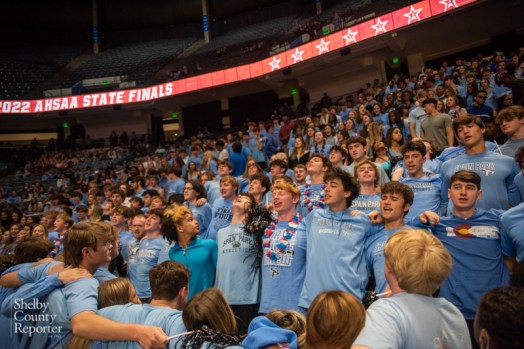 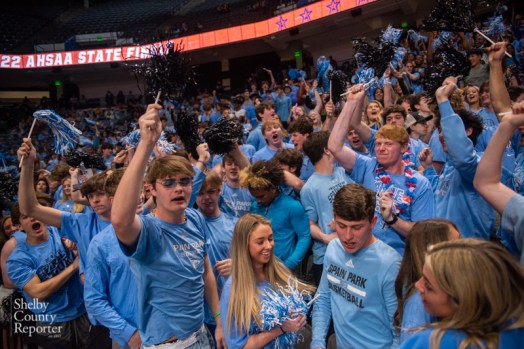 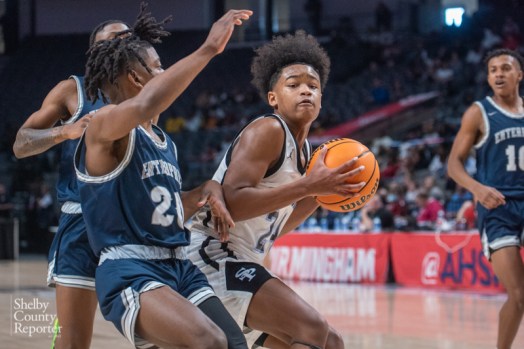 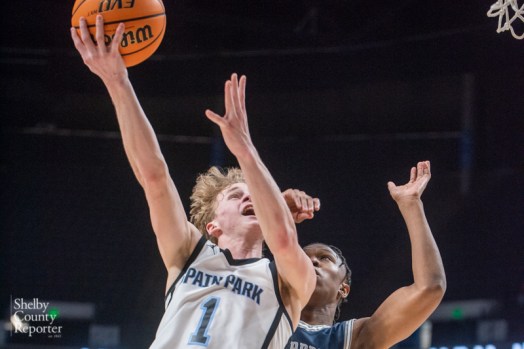 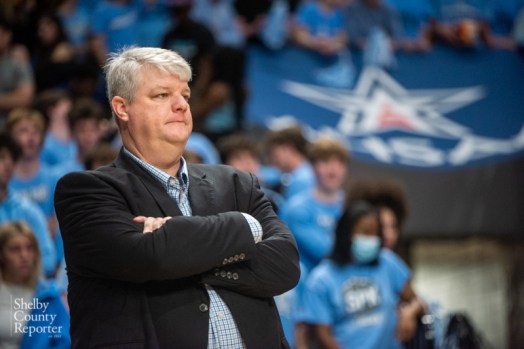 Sitting next to Josh Harrington and Colin Turner, Laatsch had to take a second before describing what the two seniors meant to him and the program following a 73-58 loss to Enterprise in the Final Four for the second year in a row.

“Sitting here a year ago and losing eight seniors and guys that we really counted on, I’m not sure anyone really thought they could get here. But you know what, they did,” Laatsch said. “A lot of it goes to these two kids and their leadership. They mean so much to me and not getting to coach them anymore is choking me up. These two guys can’t lead if guys aren’t willing to follow, but our guys have been willing to follow. I think they surpassed a lot of people’s expectations. I wouldn’t trade these guys for anything.”

As three-year starters and the only returnees for the Jaguars from last year’s Final Four team that lost to Enterprise at the buzzer on an offensive rebound and put back, Harrington and Turner stepped up to prepare this year’s team as soon as they got back on the court.

“We knew we would have to get younger guys to get to our level with the speed of the game and stuff like that,” Harrington said. “So, taking that leadership role was very important to the success of this team. We showed them what it looks like to work hard and want to get some place, have a goal in mind and reach it. Unfortunately, we fell short in this game, but we reached many goals a lot of teams would even hope to get to.”

Throughout the offseason, Harrington and Turner both, along with the help of a few other senior, helped prepare the Jags for another run.

“There is always doubt in your mind,” Turner said. “You lose eight seniors and have guys who have never played varsity before, but summer was a turning point for us. Seeing us all play together, that’s when we realized that we could get back to this.”

And that’s when Harrington recalled a conversation that helped them all believe.

“I remember having a conversation a player last year who said, ‘Do you really see our team getting back there?’” Harrington said. “I said, ‘I really do, because we have the right pieces, we just have to build them up.’ We saw that when we pieced things together, we were a really good basketball team.”

From there, the Jaguars went on to put together a 28-win season to get back to the Final Four for the second year in a row and earn another showdown with Enterprise.

Early in the game, however, the Wildcats handled the bright lights well.

They started with a 7-0 run out of the gate that eventually blossomed into a 16-3 advantage in the first few minutes of the game.

“Since January, or I guess late December, we’ve had really, really good starts to games, and today, we didn’t,” Laatsch said. “To their credit, they came out and got after us. Their physicality and aggressiveness made it really hard to run things. We were playing from in front most of the year, but today we had to play from behind, which is not who we really are and we didn’t have a ton of experience handling that.”

The Wildcats used early Spain Park turnovers to get baskets in transition, but the Jags showed poise early and responded the rest of the quarter with a 7-0 run that eventually turned into a 9-2 stretch to end the quarter.

Sam Wright kick started it with an and-1 that seemed to settle Spain Park down, as the Jags cut the deficit to 18-12 at the end of the quarter.

That swing in momentum eventually carried into the second half, as the run eventually blossomed to 13-2 to bring Spain Park within two points at 18-16.

A back-and-forth end to the half followed with the Jags hitting two baskets to remain within three points, but a layup at the buzzer extended the Wildcats’ lead to 26-21 going to the halftime break.

Spain Park was able to get within three points on a Turner hook shot to start the third quarter, but it was all Wildcats from there.

Several turnovers, including back-to-back five-second violations sparked a 17-4 end to the quarter, including a stretch of three consecutive transition baskets for the Wildcats late that helped take their lead from seven points to 16 at 43-27 going to the final quarter.

The Wildcats went on to lead by as many as 18 points in the final quarter before Spain Park played the foul game for the final four minutes, eventually clawing back to within 10 points with 30 seconds to play.

The Jags had a chance to cut it to single digits after that, but a blocked shot led to another transition basket and the final swing.

Enterprise closed the game with a dunk and layup, as 20 of the team’s 31 made shots came at the rim with the majority of their 73 points coming in transition thanks to 20 forced turnovers.

Harrington and Turner led Spain Park in their final games with 18 and 17 points, respectively. The two also led the Jags in rebounding with Turner totaling nine and Harrington eight. Harrington added four assists, while sophomore Chase James finished with 10 points and two rebounds.