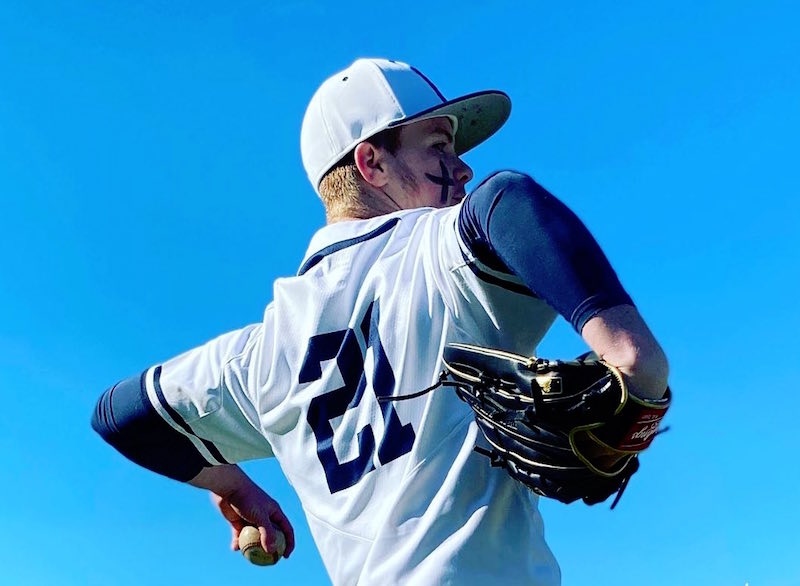 PHENIX CITY – Competing in one of the toughest annual tournaments, the Evangel Lightning put together one of their best stretches of the young season March 4-5 in Phenix City.

Taking part in the Border Wars tournament, the Lightning used dominant pitching and consistent bats to notch wins of 6-0 against Bethlehem Christian Academy, Westfield School (Georgia) and Chambers Academy, while they dropped an 8-3 game against St. Andrews Montessori (Georgia) to finish third in the tournament.

In the opening game of the tournament, Evangel started with a bang thanks to six late runs.

The Lightning took a scoreless battle through the first three innings and scored three runs in the fourth and fifth innings to take a 6-0 lead that they held through the final inning for the shutout victory.

Evangel outhit Bethlehem 11-1 in the win, including a 3-for-3 and one RBI game from Patrick Yeager. Tyler Gothard also had multiple hits with a 2-for-3 game featuring one RBI. Eli Whitfield finished with one hit and one RBI, while Nathan Owen, Evan Bourne, Sam Oddo, Caleb Lumpkin and Will Welch all had one hit.

Owen got the start on the mound and not only went the distance to grab the shutout win, but he only gave up one hit and no walks with seven strikeouts.

That led into another dominant effort against Westfield in which the Lightning scored multiple runs in each of the game’s four innings to pull away for an easy 11-1 win.

They scored two in the third to respond to one from Westfield in the top half of the inning, then followed with three in the second, four in the third and two in the fourth to complete the dominant 10-run win.

Welch led the Lightning at the plate this time around with a 3-for-3 game featuring four RBIs. Gothard, Lumpkin and Grady Watkings each had one hit and one RBI, while Owen and Bourne both had one hit each.

Oddo put together another flawless effort on the mound, striking out five and giving up three hits and one unearned run in the win.

A day later, Evangel matched up with St. Andrews from Macon, Georgia and was able to grab a 2-0 lead through the first five innings of play in what was a strong showing to that point.

The Lightning, however, gave up seven in the top of the sixth, which became too much to overcome despite a late push in the bottom half, leading to a 7-4 loss.

Owen had three hits in the loss, while Lumpkin added one hit and two RBIs. Watkins and Whitfield both added an RBI on one hit each.

Bourne was perfect through five innings on the mound, striking out seven before giving up three in the sixth inning on three hits and two walks.

Evangel got one more game after against Chambers Academy, battling for third in the tournament, and the Lightning didn’t disappoint.

Oddo led the Lightning with a 2-for-3 game featuring two RBIs, while Yeager and Lumpkin both finished with one hit and two RBIs. Watkins added one hit and an RBI, while Whitfield, Joshua Looman and Zachary Grossman all had one hit.

KC Gables went 4 2/3 innings on the mound, striking out six and giving up three runs on five hits to pick up the win, while Whitfield got the final out of the game on a strikeout.