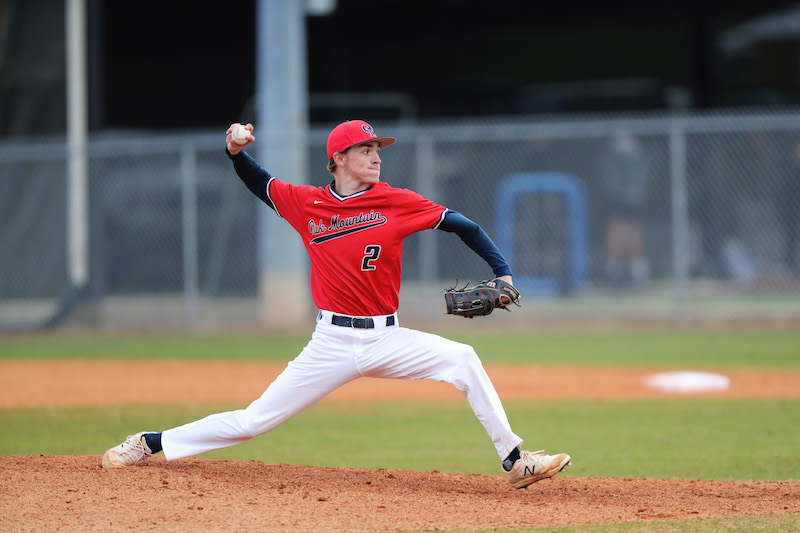 The Oak Mountain Eagles took down Pell City in back-to-back games thanks to a final-inning comeback and a no-hitter. (For the Reporter/Cari Dean)

NORTH SHELBY – The Oak Mountain Eagles picked up a sweep of Pell City on Thursday, March 3, with each win featuring jaw-dropping moments that made a difference.

In the opening win of the double-header, it was four-run final inning that helped the Eagles overcome a deficit and pick up a 6-3 victory, while the second game of the doubleheader saw a no-hitter from starting pitcher Maddox Macrory.

Oak Mountain, however, put together a final-inning rally against the Panthers largely thanks to a bases-clearing triple from Matthew Heiberger that brought home two of the four runs.

That helped the Eagles pull off a 6-3 comeback win.

Heiberger finished 1-for-4 with two RBIs, while Andrew Hunt added a 1-for-2 game with one RBI. The Eagles also got hits from Taylor Bush, Grant Rakers, Nick McCord, Steven Moore, and Davis Gillespie.

On the mound, Moore pitched two innings and struck out three while allowing one hit and no runs. Garrison Kahn pitched the other five innings, striking out seven and allowing three runs on four hits and four walks.

In the second game of the doubleheader, it was Macrory who made the difference.

He not only picked up the no-hitter, striking out six in the win, but with his presence, he allowed the Eagles to be patient at the plate.

That paid off, as they were able to shrug off a scoreless first four innings by unloading with six in the top of the fifth, four in the sixth and one more in the seventh to close the 11-0 win with all 11 runs in the final three innings.

The Eagles were led by Hunt at the plate with a 3-for-3 game featuring two RBIs, while Macrory and Heiberger each added one hit and two RBIs.

Bush and McCollum Mansfield each finished with one hit and one RBI, while Blake Bailey and McCord each had an RBI.