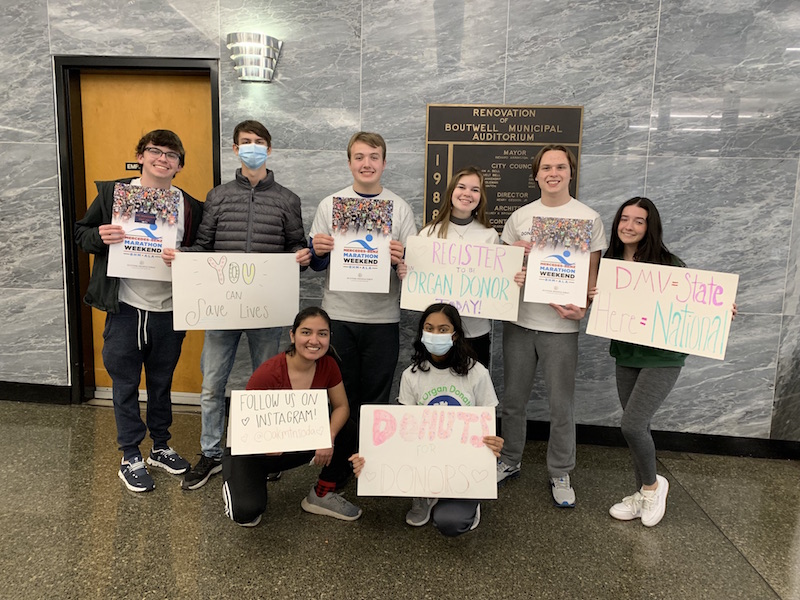 NORTH SHELBY – The members of a new club at Oak Mountain High School are organizing an event they hope will make a difference in people’s lives.

The school’s Student Organ Donation Advocates Club will hold a blood drive on Tuesday, April 5 and is inviting students and faculty members to donate.

“The United States is facing one of the largest blood shortages that it’s ever seen, especially in the last decade,” OMHS senior and SODA Club member Elizabeth Shaw said. “We were like, ‘What can we do?’”

Shaw said club members reached out to the American Red Cross about hosting a blood drive at the school, and after receiving approval from the organization—and OMHS administrators—they started making plans.

Shaw said the club’s goal is to collect at least 50 pints of blood.

In addition to more than 60 regular donation slots, Shaw said one slot every hour of the drive is reserved for a “Power Red” donation of platelets or plasma.

“It’s super cool that we have the opportunity to do that at the school, also,” Shaw said.

The blood drive is open to OMHS faculty and students only.

To sign up, students and faculty may scan QR codes on posters displayed around the school and information sheets handed out this week, or they may visit the private link sent to their school email accounts.

In addition to helping combat the blood shortage, Shaw said the club hopes its blood drive will serve as a way to publicize its overall mission and that of SODA, a national non-profit organization “that inspires and supports student-led organ and tissue donation education and registration efforts on high school and college campuses,” according to its website.

OMHS’s SODA Club formed in the fall after Shaw and her friends discovered the non-profit had a local presence.

“We saw another school in our community start a SODA club,” Shaw said. “One of my friends said, ‘Why aren’t more people doing this?’ It’s been super influential on our school.”

In February, the OMHS SODA Club manned a table at the Mercedes Marathon to share information about organ donation and walk people through the signup process.

Shaw said 93 people signed up to be organ donors.