Pelham bounces back from 5 tight losses with weekend wins 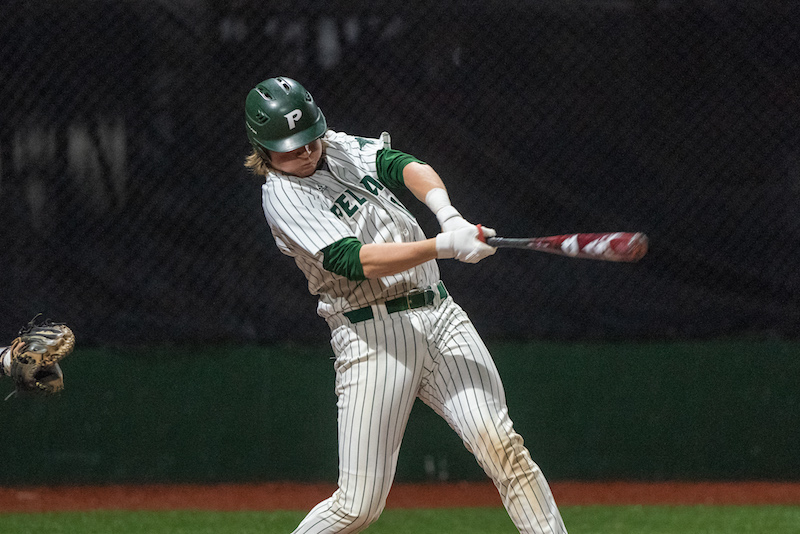 The Pelham Panthers notched back-to-back wins March 4-5, taking down Briarwood and Demopolis by a combined score of 20-3. (File)

After a 2-0 start to the 2022 baseball season, the Pelham Panthers faced some early adversity with a five-game win streak that saw their record shift from undefeated to 2-5.

That left the door open for an early-season response, and they capitalized with two big wins on Friday, March 4 and Saturday, March 5, taking down county foe Briarwood as well as Demopolis.

The Panthers outscored the two opponents by a combined score of 20-3, beating the Lions 11-0 on Friday before coming back a day later and handing Demopolis a 9-3 loss.

Taking on Briarwood just days after losing to the Lions 6-3, Pelham put an end to a scoreless first two innings by scoring two runs in the top of the third on a two-RBI single from Josh Calvert to give the Panthers an early 2-0 advantage.

The game again got quiet in a hurry with no other runs through the fifth inning, but Pelham struck in a big way in the sixth.

Looking to add insurance runs to the slim lead, the Panthers not only did that, they put the game away with a nine-run inning that closed out a flawless 11-0 shutout victory. The inning featured six singles and a double to help cement the win.

Zach Egan led the way at the plate, going 2-for-2 with a walk, an RBI and two runs scored. Calvert, Christian Pritchett and Brody Watts each added one hit and two RBIs in the win, while Makei Griffin, JD Wilkins, Logan Green and Codey Bethers all had one hit and one RBI.

Pritchett was flawless on the mound, going the distance and striking out six while allowing two hits and one walk.

That gave the Panthers confidence going into Saturday’s game against Demopolis, as they put together a two-run first inning to take the early lead.

Watts led the way in the win with a 2-for-3 game featuring four RBIs, while Pritchett finished 2-for-3 with two RBIs. Green also had two RBIs on one hit, while Wilkins finished with one hit and one RBI. Calvert added a hit and a walk with two runs scored.

Wilkins got the start on the mound and allowed two runs on one hit, while he struck out six in the winning effort.