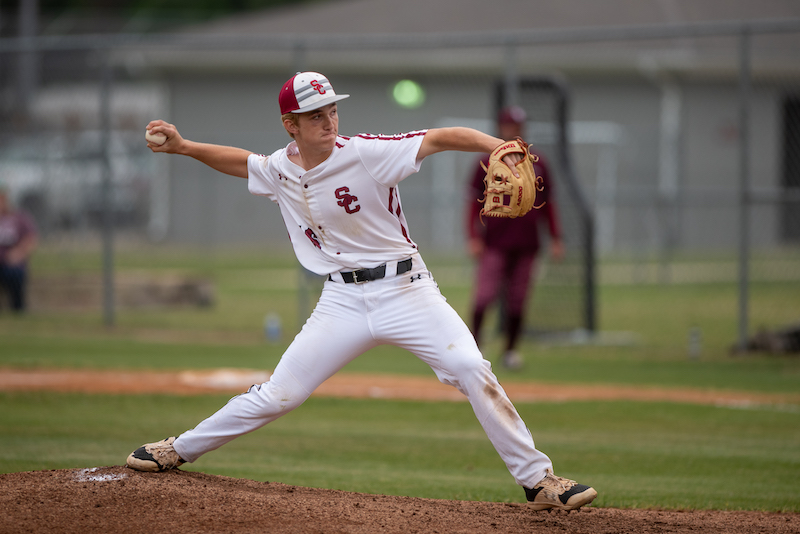 The Shelby County Wildcats improved to 9-1 on the season during a three-game stretch between March 4 and 5. (File)

The Shelby County Wildcats lost their first game of the season on Saturday, March 5, but they still remained the hottest local team to start the 2022 baseball season, winning two games around that first loss to improve to 9-1.

The Wildcats saw their undefeated streak continue to 8-0 with a 10-7 win against Thorsby on Friday, March 4, before then coming back and splitting two games a day later in a 13-3 loss to Elmore County and a 9-5 win against Stanhope Elmore.

In the 10-7 victory on Friday night, the Wildcats actually trailed 7-5 going to the final inning.

In the top of the seventh, however, back-to-back walks to Noah Reed and Carter Sheehan quickly put two runners on base before the first out was recorded on a pop out.

That was then followed by a single from Austin Wilson and an RBI double from Micah Morris to extend the lead to three runs before the inning came to an end.

Thorsby put the first runner aboard in the home half of the inning, but a ground out and back-to-back strikeouts ended any threat and gave the Wildcats a thrilling comeback win.

It marked an impressive end for Shelby County, who had two runs in the fifth and two in the sixth leading into the exciting seventh inning.

Starnes finished the game 2-for-3 with four RBIs, while Wilson and Matthew Pearson both added two hits. Connor Aderholt and Morris each added one hit and one RBI in the victory.

Blake Jennings got the start on the mound and went five innings, allowing seven hits and six runs while striking out six. Colby Matherson finished off the final two innings and allowed one run on three hits, while he struck out four.

In the 13-3 loss a day later to Elmore County, Shelby County was actually tied 3-3 after the top of the fifth, but a seven-run bottom half of the inning was followed by three more in the sixth to give Elmore the 13-3 victory.

Aderholt and Jace Bolan both had two hits in the loss, while Morris finished with one hit and one RBI.

The Wildcats didn’t stay down for long, however.

In the next game against Stanhope Elmore, they jumped out to a 6-0 lead with four runs in the first and two more in the second.

Stanhope posted its first run in the bottom of the third, but Shelby County added one more in the fifth to make it 7-1.

Shelby County, however, closed the game out with two insurance runs in the top of the seventh to preserve a 9-5 victory.

Jacob Fox led the Wildcats with a big game featuring two hits and four RBIs, while Wilson added two hits, an RBI and three runs scored. Morris added two RBIs on one hit, while Sheehan, Pearson, Aderholt and Bolan all had one hit.

On the mound, Fox went six innings and allowed five runs on nine hits with three strikeouts to pick up the win. Morris got the save by pitching the final inning and striking out two.

Vincent baseball extends win streak to 7 in a…