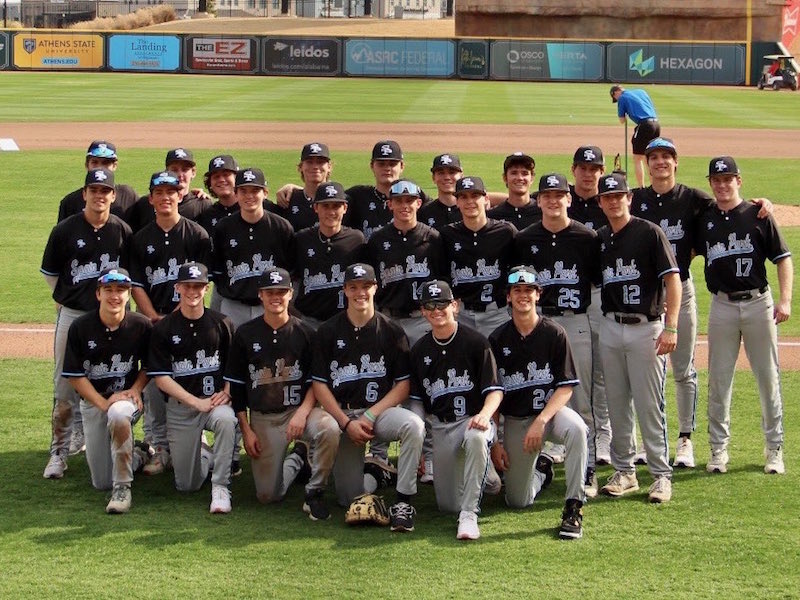 The Spain Park Jaguars are off to a torrid start to the 2022 baseball season, something that was on full display March 4-5 in a big three-game stretch.

The Jaguars not only won three games in a two-day stretch, but the offense scored 44 runs in that span, outscoring the three opponents 44-8.

It came at an ideal time, as the Jags had lost two of three by three runs or less.

But against Homewood, the Jags wiped that away in a hurry with a 17-7 victory on Friday, March 4.

That was then followed by a trip to Huntsville on Saturday, March 5, to take on Grissom and Fort Payne at Toyota Field, home of the Huntsville Trash Pandas minor league team.

The Jags took to the big stage and didn’t flinch, scoring 27 runs on Saturday alone.

They picked up a 13-0 victory against Grissom and a 14-1 win against Fort Payne to improve to 9-2 on the season.

With the impressive stretch of offensive play, Spain Park has now scored five or more runs in all but two games and 13 or more in four of the last five games.

Taking on Homewood on Friday night, the Jags started strong and never trailed, scoring four in the bottom of the first, two in the second, three in the third, one in the fourth, one in the fifth and six more in the sixth.

Scoring in every inning, including four with multiple runs, the Jags were able to overcome a fifth-run sixth inning from the Patriots to put away the 10-run win.

The Jags totaled 16 hits in the win, led by three each from Evan Smallwood and Cole Edwards. Both also had an RBI, while Michael Glick and John Thompson each had two hits and three RBIs apiece. Jacob Tobias also finished with multiple RBIs, totaling two on one hit, while Wilkins Hunter added one hit and one RBI.

On the mound, Thompson went 3 1/3 innings, totaling four strikeouts and giving up two runs on two hits to grab the win.

That led into the Saturday doubleheader in Huntsville, which the Jaguars ended up putting together back-to-back dominant performances.

In the opening of the two games against Grissom, they scored four in the first, three in the second, one in the fourth and five in the sixth to notch a 13-0 shutout victory.

Lucas Thornton got the complete-game shutout on the mound, striking out three and allowing just three hits.

The Jaguars then closed out the weekend with a 14-1 victory against Fort Payne that featured an unreal game from Edwards.

He had not one, but two three-run bombs that helped spark a four-run third inning and six-run fifth inning. The Jags also added four runs in the sixth to finish off the 13-run win.

Edwards finished 3-for-4 with eight RBIs and three runs scored, while Tobias added two hits and two RBIs. Smallwood and Thompson both finished with two hits and one RBI, while Spencer and Glick each added one hit and one RBI in the win.

On the mound, Cole picked up the win after going five innings and allowing one run on three hits with six strikeouts. Hughes Orr then pitched the final inning and struck out one while allowing no hits or runs.

Following the three wins, Spain Park improved to 9-2 early in the season.