Vincent baseball extends win streak to 7 in a row 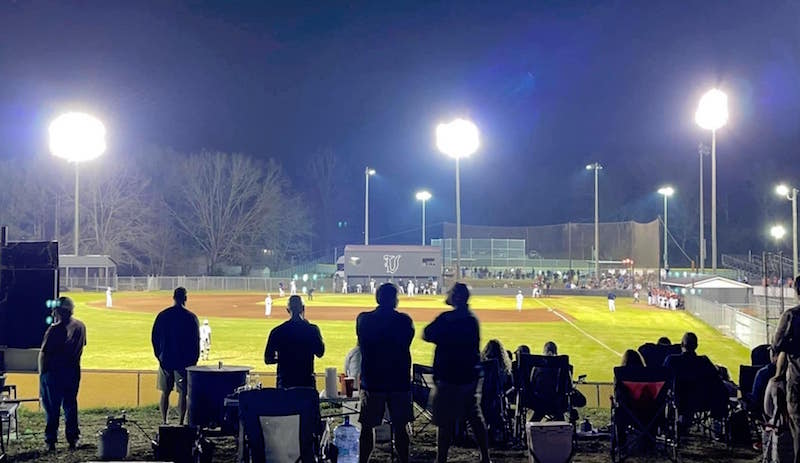 Vincent improved to 7-2 on the season and continued a winning streak to seven games after beating Archbishop Hannan, Leeds and Jemison in a two-day span. (Contributed)

VINCENT –  The Vincent Yellow Jackets continued their winning ways during the weekend of March 4, winning three more games to extend their win streak to seven in a row.

The Yellow Jackets took down Archbishop Hannan on Friday night, before coming back a day later on Saturday, March 5 and picking up wins against Leeds and Jemison to improve to 7-2 on the season with seven consecutive wins since two losses to Shelby County on opening day.

Against Archbishop Hannan, the Jackets scored one in the second, two in the third, one in the fourth and five in the fifth to take a 9-1 lead.

The visitors made a strong comeback attempt in the top of the sixth with six runs, but the Jackets closed out the game from there to preserve a 9-7 win.

Eyan Davis led the way for Vincent with a 3-for-4 game featuring two RBIs. Grayson Gulde and Cole Gowers both finished with two hits, while Gulde added one RBI.

Zac Carlisle finished with two RBIs on one triple, while Easton Fields went 1-for-3 with an RBI.

Gulde got the start on the mound and struck out five in five innings, while he gave up three earned runs and six total runs on five hits and three walks. Hunter Burnette finished off the final two innings, giving up one unearned run and no hits.

A day later, the Jackets started a doubleheader day with a matchup against the Leeds Greenwave, and they were slow out of the gate.

Both teams struggled to find a rhythm throughout the first four innings, but Vincent quickly changed that when the fifth inning hit.

In the bottom half of the inning, the Yellow Jackets put together their first of two straight five-run innings to close out a 10-0 game in a shortened six innings.

Casen Fields was a big spark in the finish with an inside-the-park home run that actually ended the game with the 10th run in the bottom of the sixth.

He finished with that one hit and four RBIs in the win, while Easton Fields finished 2-for-2 with three RBIs. Aiden Poe added two hits and one RBI, while Carlisle led the team with three hits. Camden Cobb added a hit and an RBI in the win.

On the mound, Poe put together a complete-game shutout win on 76 pitches, striking out seven and giving up two hits.

The Jackets then took to the field later that afternoon against Jemison, and like the game against Archbishop Hannan, they had to hang on late.

Fortunately for them, however, they built up a big lead with consistent play throughout.

The Yellow Jackets scored three runs in the top of the first to take the early lead and built off of that with two runs in the second, and then one each in the fourth, fifth, sixth and seventh innings.

Up 9-2 going to the bottom of the seventh, Vincent gave up five runs, but the Yellow Jackets were able to end the game with a groundout to preserve a tight two-run win.

Casen Fields again led the Jackets with a 3-for-4 game featuring four RBIs, while Carlisle added three hits as well. Gowers and Gulde each finished 2-for-4 with one RBI, while Davis added one hit and one RBI. Easton Fields and Aiden Poe both tallied one RBI, while Cobb and Myles Fincher both had one hit.

On the mound, Fincher pitched the first 2 2/3 innings allowing two runs on one hit and one walk with three strikeouts. Carlisle went four innings and struck out four while giving up five runs on four hits.