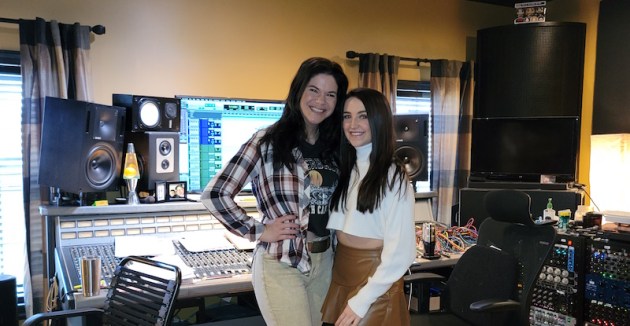 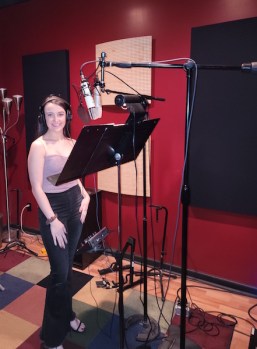 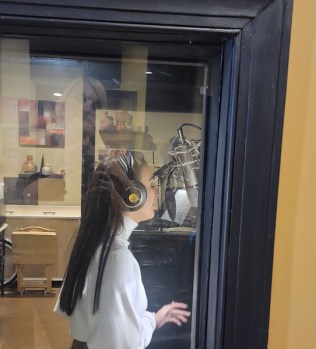 CHELSEA – To say a setback can be the springboard for another opportunity might sound counterintuitive, but 18-year-old Lexi Frederick knows the truth in it.

The Chelsea High School senior was recovering from knee surgery for a volleyball injury in August 2018 when she decided to try something new: singing.

“I had done volleyball for several years, and I thought that was what I would go to college for,” Frederick said. “I tore my meniscus in half, and had a full cast and crutches for eight weeks. It just turned my world upside down.”

Frederick realized the extent of the injury signaled the end of her volleyball career.

“It hit me,” she said. “It would cause more harm than good.”

Although Frederick initially felt the one thing she loved most had been taken away from her, she began to see the situation as a chance to broaden her horizons.

“I felt like this was God’s way of opening another door,” Frederick said. “My mom always wanted me to do voice lessons. I wasn’t confident about it, but one day, I just decided to.”

“She is wonderful with (Lexi) in so many ways,” Renae said. “She is a gifted, talented person and gives so much support.”

Renae said the switch to a virtual format allowed Lexi to take lessons every week instead of every other week.

“It’s been amazing,” Renae added. “I think she’s really grown from getting that extra week.”

Along with voice lessons, Lexi began delving into songwriting after her uncle asked for her opinion on a song he had been working on one day.

“We worked on it together,” Lexi said. “We’ve been writing songs together ever since.”

At 17, Lexi recorded her first EP in Nashville.

The EP, which includes two of her original songs, “My Friend” and “Vacant,” was produced by Natalie Kaye, owner of O-Kaye Productions, and recorded and mixed by Garth Justice at Next Level Productions.

Lexi said the recording process cemented her passion for singing and writing music.

“It’s the best experience in the world,” she said. “I knew from that moment on this is what I want to do with my life.”

Lexi released her third single, “Toxic Games,” in February, and her fourth single, “Bring Me Peace,” will come out April 8 and is the first song she has written completely by herself.

“It’s just a good feeling of accomplishment knowing I did it,” she said. “I think that writing is very therapeutic. It’s helped me grow as a person.”

Lexi has performed at churches, restaurants and other venues, and she is currently preparing for a showcase event in Nashville.

Renae described her daughter as a hard worker with an amazing work ethic, a must considering she balances school—where she is an honor student and member of the women’s choir—and volunteer work with her music.

“That’s what makes me proud of her,” Renae said. “She has really got the focus and the drive. Not everybody can do that, and it’s just made me very proud.”

Renae becomes emotional when she reflects on how far Lexi has come already in her music journey.

Lexi’s singing not only represents progress after her knee injury, but also her dedication to overcoming challenges from being born with hearing problems and a cleft palate.

“It is just amazing to know that God has blessed her with this ability,” Renae said. “It’s been such a rewarding thing for me as a mother to grow and enjoy the process, and we’ve become the best of friends because of it.”

After graduation, Lexi plans to attend Jefferson State Community College and audition for the choir.

Someday, she said she wants to release an album.

“I want to take this as seriously as I can,” Lexi said. “This is what I want to do for the rest of my life.”

Lexi’s songs are available on all platforms, including iTunes, Spotify, Apple Music, YouTube and Amazon.