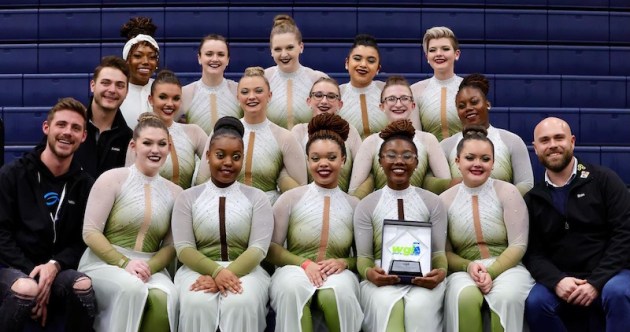 The color guard teams at Thompson High School are gaining momentum ahead of national competitions thanks to strong performances at recent regional events. (Contributed/Thompson Color Guard) 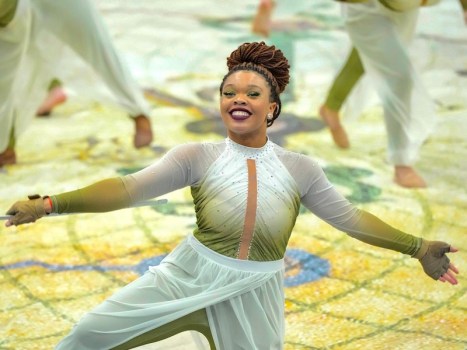 The Thompson High School Color Guard is gaining momentum this season, propelling them to a third place position in the world as they gear up for the WGI World Championship competition in April in Dayton, Ohio.

Some of the recent achievements of the THS Color Guard include competing in the SouthEastern Color Guard Circuit where the T4 and T3 Winter Guards were promoted to new classes and remain in the top of their class.

Recently, junior varsity and T3 made video submissions to Winter Guard International Virtual World Championships and both advanced on to finals for that competition.

Last weekend, T3 junior varsity and varsity both traveled to Nashville where they competed in their first WGI Regional event in school history. T3 competed in Scholastic Regional A, made the finals and ended the day in second place out of groups from around the Southeast.

“JV was just barely out of finals competing in Scholastic A, and our Varsity did make finals in Scholastic A and won the entire regional for their class,” Kava said. “A highlight so far of the year has definitely been for us to be able to see the students enjoying color guard and watching them shine at the Regional last weekend. Seeing their faces and how proud they were of themselves was incredible. They are a special group of students.”

The Color Guard rehearses every Monday through Thursday, and one Saturday camp once a month, not including a show almost every Saturday with rehearsals beforehand.

“One of our favorite things to do at rehearsal is to watch each other perform and to have the students cheer their sister-teams on,” Kava said.

All four groups will be at the SCGC Hoover competition March 5, the SCGC Alabama State Championships hosted at Thompson on March 19, and then the group will head to Nashville for the SCGC Championships on April 2.

The Varsity team will also be competing in the WGI Atlanta Power Regional the weekend of March 26 in order to get one final seed before traveling to the WGI World Championships in Ohio.

“Thompson is filled with students that just want to get better each and every day,” Kava said. “They are fueled by an incredible support system, from school administration, to the school board, to their incredible parents and down to their loving and supportive friends. They are some of the most dedicated and hard-working students we have ever had in this program, and I genuinely think that they are set apart because they want to be great at what they are doing, but they also want to have fun while doing it. They are constantly pushing the staff every day to make us better, and it is the ever-evolving game of push and pull between us and the students that keeps the program growing.”