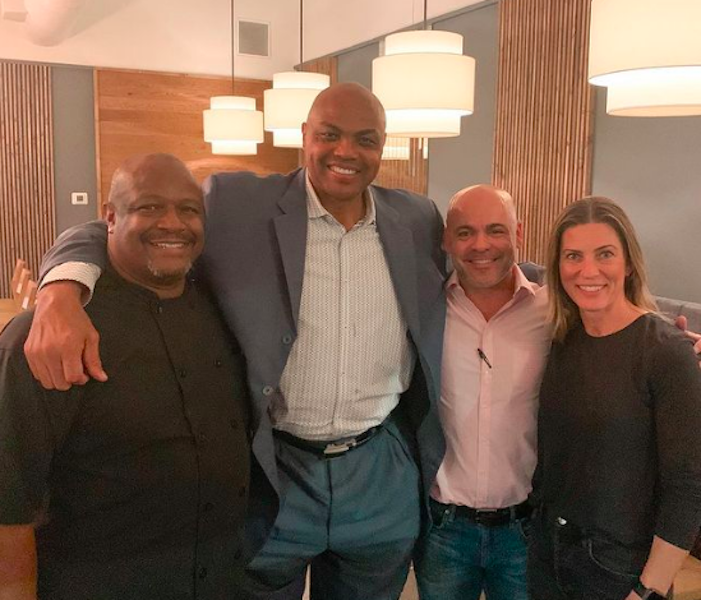 “We are very close to where he grew up, so it was great to have him in,” Oak House owner Travis Grappo said of Barkley. “He was a staple when I ran Fleming’s, so it was nice for him to see my newest endeavor. He is so gracious and engaged with every guest who said hello.”

Barkley graduated from Leeds High School and was a standout on Auburn University’s basketball team in the early 1980s before starting his 16-year NBA career, which included stints with the Philadelphia 76ers, Phoenix Suns and Houston Rockets.

Barkley retired in 2000 and was inducted into the Naismith Memorial Basketball Hall of Fame in 2006.

The restaurant shared the news of Barkley’s visit on Instagram with a photo and caption that read in part, “Sir Charles in the house… Oak House that is.”