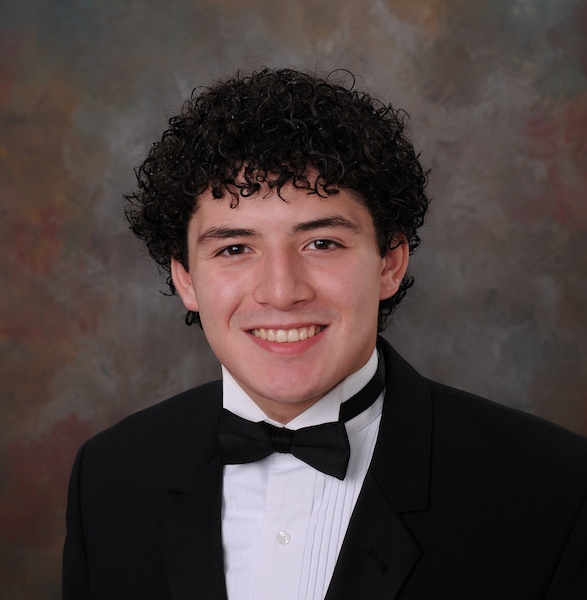 PELHAM – Nico Ramos sits in the conference room at Pelham High School, where he is soon to finish his senior year as a student. He smiles a friendly, relaxed smile as he expresses his excitement to graduate and go off to college.

Ramos should be excited, as he’ll be attending Yale University come Fall 2022, an impressive feat as Yale only has a 7-percent acceptance rate. According to those who know him, Ramos’s success is no surprise.

Michelle LeSueur, the counselor for PHS, referred to Ramos as one of the most hard working students she’s encountered at the school.

Ramos applied to Yale through a program called QuestBridge, a nonprofit organization aimed to match students with their best fit college for a full ride scholarship. Ramos ranked, in order, Brown University, Yale, MIT, Duke University and the University of Pennsylvania on QuestBridge.

“It’s a full scholarship, so everything is paid for which is really nice,” Ramos said. “I was so freaking nervous because that’s five applications I was waiting to hear back from.”

On the day results were set to come out, Ramos said he was anticipating to get the results once he was at home, but instead got a pleasant surprise in Spanish class.  He felt the notification go off on his phone, and he couldn’t resist taking a peek to see what the results were.

“I logged into the account and it said ‘Congratulations’ on the screen,” Ramos recalled. “My friend was sitting next to me, and I leaned over and whispered, ‘Dude, I got into Yale!’ He and I were freaking out.”

The results came out at 2 p.m. and Pelham High School lets out at 2:06 p.m., which is when Ramos said he walks to his car. In the 10 minutes between Ramos receiving his results and reaching his car, he said he had several friends walk up to him and congratulate him on his acceptance to Yale.

“I had people in the parking lot running up to me going, ‘Congratulations!’ It was crazy,” he said.

He said his mom and dad were rightly ecstatic at the news, and he said he’s more than thrilled at how everything has turned out.

“I thought Yale and MIT were my biggest long shots, but it all worked out,” he said.

Ramos said he wants to go into the STEM field, possibly astrophysics since he’s very interested in the subject. When asked what his dream job would entail, Ramos thought for a moment, then answered that while he would like to work in physics and engineering, his main goals are trying to “balance making money, not having a super boring routine, being happy and staying intellectually stimulated.”

He added his experience at PHS has prepared him for this transition.

“I keep hearing Yale being compared to Harvard, and the main difference in that comparison that I’ve heard is that Harvard is very competitive when it comes to learning, and Yale is more collaborative. I think I’ve gotten that a lot here,” Ramos said. “All of my friends in my most challenging classes, there’s a group of us that instead of being super competitive and rubbing it in each other’s faces, we’ll help one another. I think that will help a lot going up to Yale.”

In his spare time, Ramos plays the drums with his brothers and is a manager at the Hwy 119 Chick-Fil-A. He has built a strong support unit in Pelham from his family to his friends, who he said he will miss most of all.

“I made a bunch more friends my senior year, and I’ve had everyone tell me that when you go to college your friend group changes,” he said. “I think I’ve gotten so close to so many more people, it just sucks to see it go so quickly.”

That’s not to say, however, that Ramos isn’t excited about what Yale has to offer him.

“I’ll be spending a lot of time studying, but I’m really excited for their extracurricular activities,” he said. “Like, they have a kind of study group where the teachers are involved in working with the students, and I thought that was really cool. They also have a mountaineering club that I want to check out. I’m also looking forward to having more freedom in choosing my classes because they don’t have a core curriculum, so I want to take some astro courses, physics courses and some philosophy courses.”

LeSueur said everyone at PHS is more than excited for Ramos’s future, and they’re all sure he is going to succeed in whatever he sets his mind to.

“He’s represented the school through sports, I don’t know how many AP classes he’s taken, he’s just very mature and goal-oriented,” she said. “He knew exactly what he wanted, and he’s worked for it and planned for it, and it’s really cool to see it work out for him.”