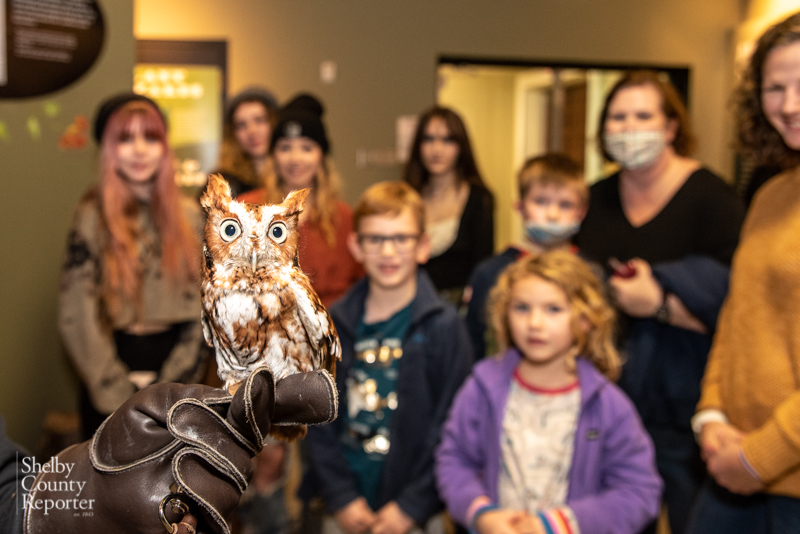 Chris Sykes has been named the new executive director of the Alabama Wildlife Center in Pelham. Sykes is taking over the position following the unexpected death of former director Doug Adair. (Reporter Photo/Keith McCoy)

PELHAM – Chris Sykes has been named the new executive director of the Alabama Wildlife Center in Pelham. Sykes replaced Doug Adair, who passed away unexpectedly in November 2021. Adair served as the executive director since 2013.

“The Alabama Wildlife Center holds a special place in my heart and in the hearts of countless folks in Alabama who have a strong passion for birds and their well-being,” Sykes said in a released statement.  “This Center has remained a critical service for over 40 years, focused on protecting and preserving birds through its dual mission of education and rehabilitation. It is truly an honor to work with the amazing staff and volunteers to carry out this much needed service, leading the organization into its next chapter.”

Sykes, a Tennessee native, moved to Birmingham after five years of service in the United States Marine Corps. He holds two master’s degrees from the University of Alabama at Birmingham and has worked with several Birmingham nonprofit organizations, which include the Norma Livingston Ovarian Cancer Foundation, Jimmie Hale Mission, and Alabama Audubon.

Sykes lives in the Crestline area of Birmingham with his wife Allison and daughter Phoebe.

The Alabama Wildlife Center is a statewide organization that specializes in rehabilitating wild birds. The center’s press release stated that it takes in almost 2,000 birds of more than 100 species per year. It is headquartered at Oak Mountain State Park, which is located at 100 Terrace Park Drive in Pelham. The Alabama Wildlife Center is a 501©3 nonprofit organization that is not funded by Oak Mountain State Park and operates from public donations and membership. To make a donation, become a member, or get involved, visit alabamawildlifecenter.org for more information.