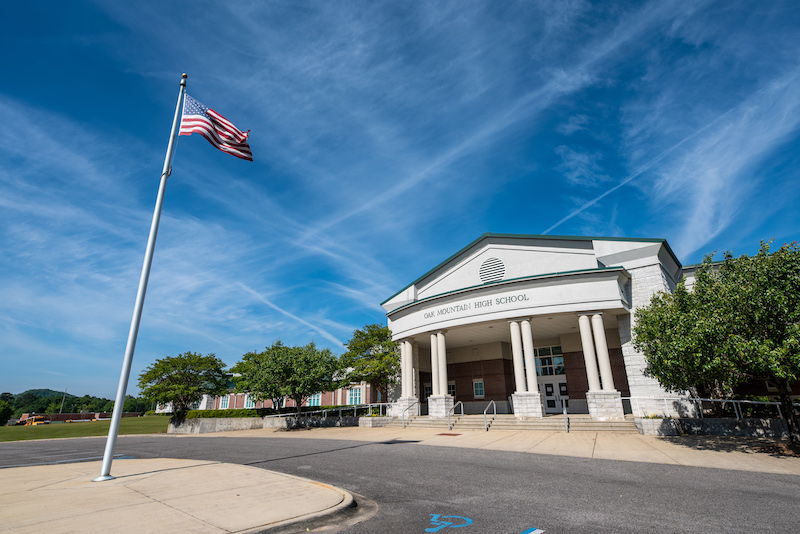 Authorities have safely located and obtained the suspect connected to an incident at Oak Mountain High School on the morning of Thursday, March 10. (File)

NORTH SHELBY – Oak Mountain schools have moved from a firm lockdown early Thursday, March 10, into a soft lockdown after a man was seen near Oak Mountain High School with a knife earlier in the morning.

According to Shelby County Sheriff’s Office Major Clay Hammac, the school resource officer with Oak Mountain High School reported there was a white male wearing all black near the athletic fields at the high school reportedly armed with a knife.

Hammac said the eye-witness account came in around 7:15 a.m. during school traffic hours.

At that point, all Oak Mountain area schools went into lockdown and a heavy law enforcement presence from several agencies was put in place in the area to help locate the suspect, including the aviation units.

Hammac emphasized there were no injuries and that the suspect wasn’t in the school. It is unclear if it was a student or adult.

The suspect is described as being 5-foot-6 in all black, and if you see someone matching the description, Hammac said law enforcement is asking you not to approach the suspect, but to call 9-1-1.

Since, the schools have moved to a soft lockdown with a strong police presence around the school.

“It was reported that a student entered Oak Mountain High School this morning with a knife. The student left the building on foot and the school immediately went into lockdown. At this time, the perimeter of the building is secure and multiple law enforcement is present conducting an investigation,” Cindy Warner with Shelby County Schools said. “Students have been released to class and are safe. We will update with more information as we receive it.”

Hammac said deputies will remain at the school and maintain a presence throughout the day.

Updates will be provided through the Shelby County Sheriff’s Office online and through the emergency alert Everbridge system in those communities, which you can sign up for at Shelbyal.com.

Hammac said updates will be provided once the scene is considered safe, but for now, they’re asking people to avoid the area.