In the coming weeks, The Shelby County Chamber will welcome a fresh, new face to its professional staff team.

Julie Gardner, who for the past two and a half years has served as executive director with the Greater Irondale Chamber of Commerce, will join The Shelby County Chamber staff team on March 21. 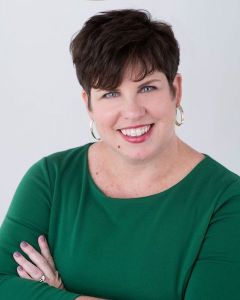 The Shelby County Chamber is preparing to add Julie Gardner to its professional staff. (Contributed)

Gardner, received her undergraduate degree in special education from Carson-Newman University, and her master’s in mental health counseling from Reformed Theological Seminary with campuses across the United States.

Originally from Orlando, Florida, Gardner moved to Birmingham in 2002.

Her professional background, which also includes sales and business and life coaching, found her Birmingham business success by connecting and networking through area chambers.

During her tenure at the Greater Irondale Chamber, Gardner increased the organization’s membership by 160 percent and developed several new programs and opportunities for the business community.

“Our Chamber staff team has had the opportunity to interact with Julie at several statewide chamber functions, and we look forward to the enthusiasm and energy she will bring to our team,” Chamber President and CEO Kirk Mancer said.

In her role with The Shelby County Chamber, Gardner will get up to speed on all of the organization’s programming before identifying her specific areas of responsibility.

“With the broad knowledge and skill set Julie has developed as the executive director at the Greater Irondale Chamber, it makes sense for her to take these first few weeks to familiarize herself with our expanded program of work, and then determine the best areas in which she can bring the most assistance to our Work Groups, our programs and our events,” Mancer said.