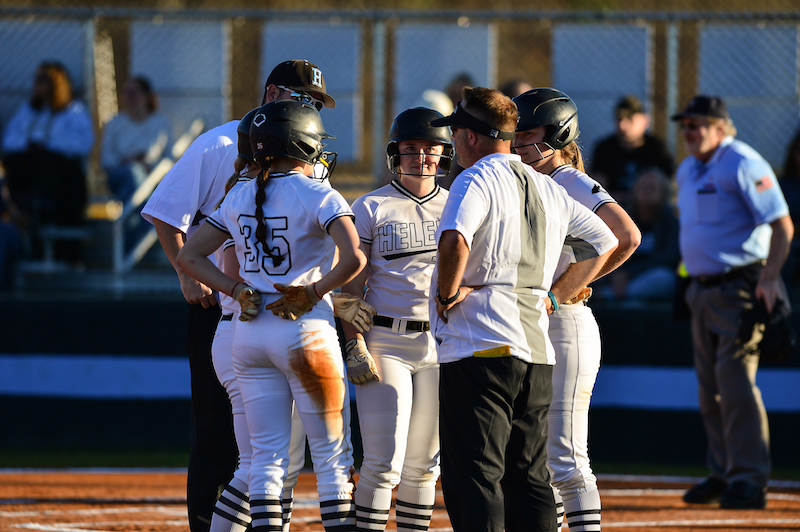 The Helena Huskies got a walk-off home run from Sara Ezekiel on Thursday, March 10 in a 6-5 victory against Hillcrest-Tuscaloosa. (File)

HELENA – After watching the first pitch for a ball, Sara Ezekiel settled into the batter’s box for pitch two in a 5-5 game in the bottom half of the final inning against Hillcrest-Tuscaloosa on Thursday, March 10.

Ezekiel didn’t hesitate on pitch two, as it was exactly what she was looking for. The first batter of the inning, she hit the sweet spot of the bat and drove a ball over the left-field wall to end the game with a walk-off bomb.

It capped off a 4-for-4 game for Ezekiel, who finished a triple shy of the cycle in a dominant effort that also featured two RBIs and helped the Huskies pick up a 6-5 victory.

After a quiet start in the first inning, it was Hillcrest who struck first in the top of the second with a solo home run from Cara Larimore, but it didn’t take long for Helena to answer.

The Huskies led off the bottom of the second with singles from Cam Bailey and Ezekiel, which was followed quickly by a sac fly Alex Erwin to tie the game 1-1 through two innings.

Hillcrest, however, bounced back with a two-out rally in the top of the third thanks to two runs giving the Patriots a 3-1 advantage.

But the Huskies had a big response in the bottom of the third with their best inning of the game.

An Amelia Powell double was followed shortly after by a single from Alana Scott. That set the stage for a two-RBI double from Bella Holiday that quickly tied the game with one swing of the bat.

Helena, however, wasn’t done. Bailey followed with a single before Ezekiel then drove home the third run of the inning to put the Huskies back in front 4-3. After a second out was recorded, Haley Morris added one more single for the Huskies to give them a 5-3 lead.

The Patriots had chances in the top of the fourth with two runners reaching and just one out, but they couldn’t capitalize.

In the top of the fifth, they didn’t let another opportunity come and go without runs.

A sac fly and an error with two outs each allowed one run to cross the plate, leading to the 5-5 tie through five.

Helena went on to leave the bases loaded in the bottom half, which led into a quiet sixth inning as well.

But after a 1-2-3 inning in the top of the seventh from Bailey in the circle, the Huskies got a crack to win it in the bottom half, and they capitalized with Ezekiel’s walk-off home run.

Bailey also finished with multiple hits in the game thanks to a 2-for-4 performance, while Holiday added two RBIs on one hit. Erwin and Morris also had one RBI apiece behind 1-for-2 games.

In the circle, Powell got the start, going four innings and allowing five total runs with two of them earned. Victoria Mauterer tossed one inning and allowed no hits or runs, while Bailey finished the final two innings, striking out five of the six batters she faced to help in the victory.