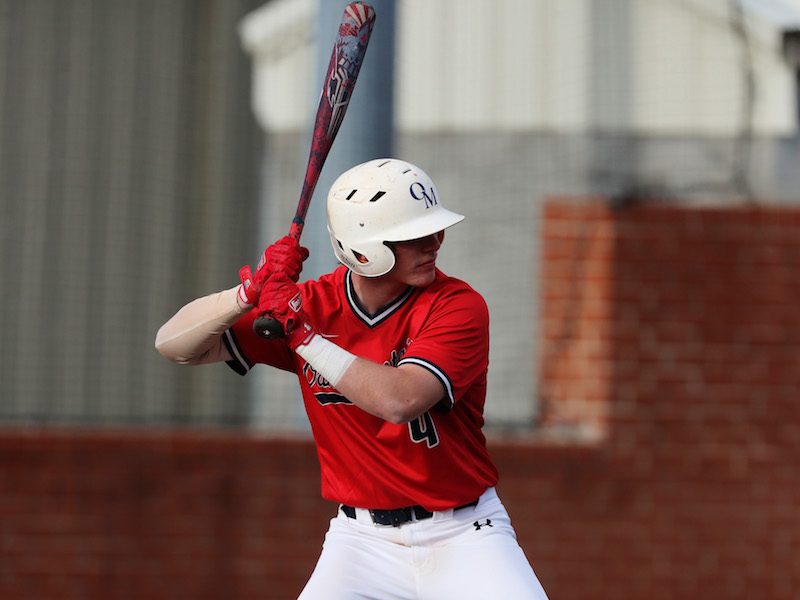 Oak Mountain picked up a shutout victory in its home opener on Thursday, March 10, taking down Briarwood 6-0. (For the Reporter/Cari Dean)

NORTH SHELBY – The Oak Mountain Eagles took to their home field for the first time on Thursday, March 10, and they did so with a flawless performance against county rival Briarwood.

The Eagles gave up just one hit in a 6-0 shutout effort that saw them score five runs in the fourth inning to ultimately make the difference in the score column.

A big reason for the success was the rhythm of Davis Gillespie on the mound The star pitcher for Oak Mountain allowed one hit and two walks in six innings of work, striking out 11 to pick up the win.

Gillespie eventually gave way to Carter Kimbrell in the top of the sixth, who came in to finish the game with one last scoreless inning that preserved the shutout.

After three scoreless innings to kick off the game, the Eagles got their offense going in the bottom of the fourth.

Two early walks were each followed by outs, eventually putting two runners in scoring position with two outs. Another walk then loaded the bases, which set the stage for a big stretch.

That was more than enough with Gillespie’s effort on the mound, but the Eagles were then able to add one more insurance run in the bottom of the sixth when Conner Moore drove home Heiberger for a 6-0 lead, which eventually became the final score.

Bush led the way at the plate with a 3-for-4 game featuring three RBIs, while Heiberger and Moore each went 2-for-3 with an RBI. Nick McCord also added two hits, while Macrory added one hit and one RBI.

With the win, the Eagles improved to 7-5 through 12 games.