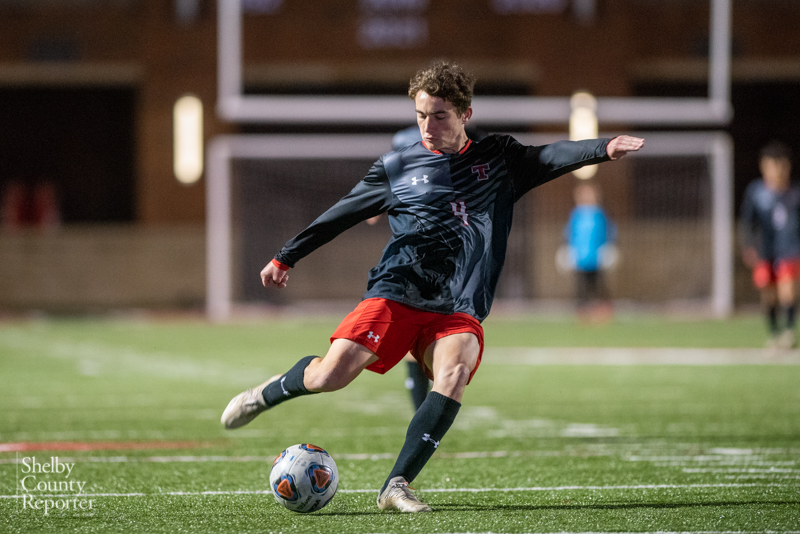 In a battle of who could pick up a more thrilling win against rival Hoover on Friday, March 11, the Thompson boys and girls soccer teams both came out on top in big area games.

The girls, who were playing at home, battled to a 2-2 tie through regulation and two overtimes before eventually winning in penalty kicks, while the boys, who were on the road, got a last-minute goal in a defensive battle for a 1-0 victory.

With those wins, the boys extended their current win streak to eight in a row, while the girls have now won six in a row.

It also marked the second area win of the season for both, as they both entered off shutout victories against Tuscaloosa County two days earlier.

Both improved to 2-1 in area play after one matchup against three area opponents with the lone loss from each coming in tight battles with Oak Mountain.

For the boys, they got through nearly 40 minutes of full time without either team scoring, but in an important game, the Warriors fought until the end.

With Hoover 1-0 in area play going into the matchup, Thompson needed the win to avoid falling behind the eight ball going into the second leg of the area schedule.

And with 55 seconds to play, Alex Mondragon knew that when he stepped up for a free kick.

He stepped up and booted a low ball that skipped along the wet round, eventually beating the keeper for a 1-0 lead that held up for the win in the final 50 seconds.

“It was a tough area match for our boys in an away venue,” head coach Jon Kresena said. “We continued to fight for the win until the final whistle. Alex scored a great set piece outside the box in the last minute to secure the win. Overall, I’m very happy with our performance and grit to get us to 2-1 in area play.”

Thompson is now 9-3-1 overall and 2-1 in a difficult area with confidence.

The Warriors’ next area matchup will come against Tuscaloosa County on March 22, while they’ll get rematches against Hoover on April 12 and Oak mountain on April 15. 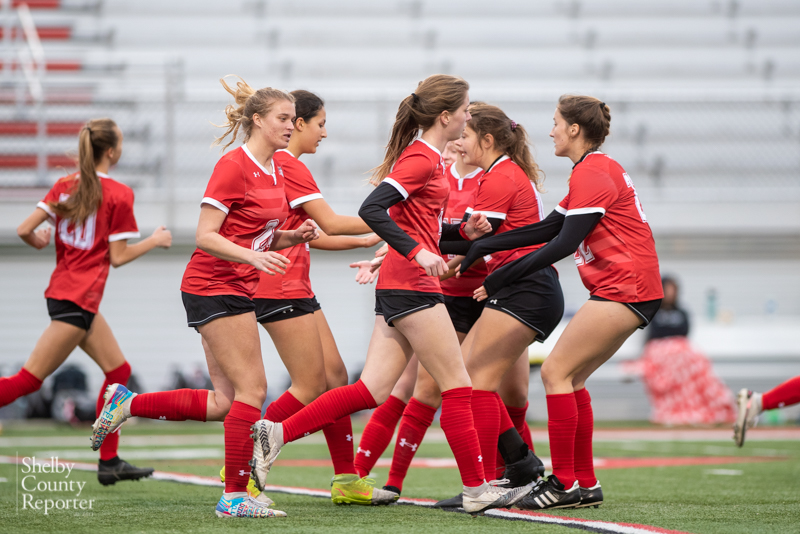 As for the girls, there was more action offensively, but the finish was no less thrilling than that of the boys game.

The Warriors fell behind 1-0 at the halftime break, and then 2-0 after another early goal from the Bucs in the second half.

Thompson, however, responded in a big way in the second half, scoring two goals down the stretch to equalize the game and force overtime.

After two overtime periods came and went without a goal, the two teams went into PKs.

Both made their first penalty kicks, but Thompson goalkeeper Alexi Stanton stepped up big to block the second Hoover shot.

That gave the Warriors a 2-1 advantage. That gave Thompson the advantage. After taking a 3-2 lead in the penalty kicks, Hoover missed its fourth shot, while Briana Catalan stepped up to drill the game-winning PK for the Warriors.

“It was just a great battle like always,” head coach Dan DeMasters said. “I am so proud of our girls. We came in with another great game plan, and our staff worked diligently with our girls to prepare them. The girls executed and gutted out the win.”

In regulation, Georgia Cousins and Daria Worthy were the two goal scorers for Thompson to help the Warriors overcome the 2-0 deficit and eventually grab the win.