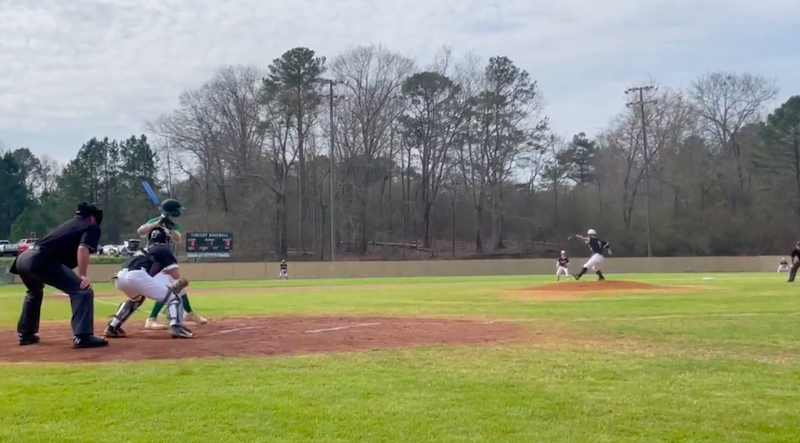 The Vincent Yellow Jackets have hit a nine-game winning streak since losing two games to Class 5A No. 2 Shelby County on opening day. (Contributed)

The Vincent Yellow Jackets continued an impressive stretch of play March 10-11 in games against Reeltown and Pleasant Valley.

Carrying a seven-game win streak into the two matchups, the Jackets outscored the two opponents by a combined score of 15-2, beating Reeltown 9-2 and Pleasant Valley 6-0 to extend the streak to nine in a row.

In the first of the two games against Relltown, the Jackets played with the lead early after a two-run first inning put them on top.

Reeltown responded with two runs in the top of the second to even the score, but that was the last time the visitors crossed the plate.

From there, Casen Fields and Grayson Gulde settled in on the mound to finish off the final five innings without giving up a run, while the offense added one more in the third and fifth before closing the game with five runs in the bottom of the sixth.

At the plate, Easton Fields led Vincent with a 2-for-2 game with two walks featuring two RBIs and three runs scored. Camden Cobb added one hit and two RBIs, Cole Gowers went 1-for-1 with an RBI and two walks and Aiden Poe posted one RBI.

On the mound, Casen Fields pitched the first 4 1/3 innings, allowing two unearned runs on one hit and three walks, while he struck out four. Gulde finished off the final stretch, striking out three and allowing no hits or runs.

Vincent carried the confidence on the mound into the second game when Poe stepped up and pitched a gem.

The freshman for the Yellow Jackets got a complete-game shutout, allowing two hits and two walks to lead Vincent in the 6-0 win.

He got run support early as well, as the Jackets scored two each in the second and third innings for a 4-0 lead before then adding two more in the fifth.